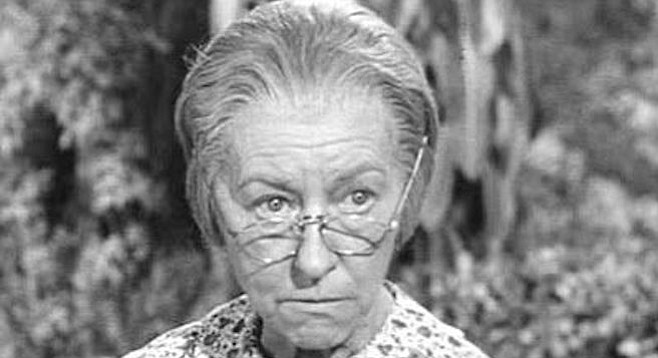 Granny flats won’t be pushed out. They keep coming back, even though wealthier cities have thwarted them with a slew of door-slamming zoning codes.

Starting next January, a new state law will make it easier for homeowners to build an accessory dwelling unit, also known as a granny flat, in-law apartment, caregiver cottage, and in Coronado — which hopes to fend them off — a carriage house. Supporters of SB 1069 say the law will boost the supply of affordable housing since the units, whether attached or separate from the main house, are not only a solution for families, but they can also be rented.

Some cities, like Lemon Grove, where lots are often generous, already allow accessory rental dwelling units. But if history repeats, some will rebel.

At the October 3 Coronado City Council meeting, city manager Blair King said one option for addressing SB 1069 is to bring an ordinance amendment to “deal with its provisions.”

The bill scraps some of the requirements to build a second unit, such as fire sprinklers (if the main house doesn’t require them), new water and sewer hook-up fees, and additional parking if units are within a half mile of public transit or located in an architecturally and historically significant district. It also shortens the time cities can take to issue permits from 120 days to 90 days. And while a previous proposal kept to a footprint of 700 square feet, the new law allows second units up to 1200 square feet.

Last month, before the bill became law, Coronado mayor Casey Tanaka sent a letter to the governor urging a veto, saying it will restrict Coronado from applying water and sewer fees and “cause an array of parking and transit problems without concern for local conditions.”

In 2002, a law that encouraged granny flats by streamlining their approval was squelched as cities piled on tough guidelines that effectively banned second dwellings. Another bill was tried in 2004, which also allowed renting the units to non-family members and upending laws that banned them.

Imperial Beach now has one of the county’s strictest codes, banning granny units in most residential zones, which the city defends, in part, for having a younger population; only 7.9 percent of residents are seniors. In Coronado, with about twice as many seniors, the need for granny flats may be greater but the city prohibits living in, or renting, an accessory unit or carriage house in most residential zones.

Only those with a supersize lot (double lot or larger) can offer a carriage-house option for family members or as a rental, since two total dwelling units are permitted on a 7000-square-foot parcel. But only one dwelling unit is allowed per 3500-square-foot lot, the size of many Coronado properties.

“There are no exceptions that I am aware of,” says the mayor.

Coronado’s 2013–2021 Housing Element describes the city as “essentially built-out,” making granny flats one way to squeeze in homes. The city’s share of regional affordable housing needs still calls for 23 units, including ten lower-income, nine moderate-income, and four above moderate-income. “The goal can be met by producing more housing units” or by opening the door “for additional units through appropriate land use policies and development standards.” (The mayor’s letter opposing the bill said the state needs programs that provide funding for affordable housing that cities can use “in a practical way.”)

Coronado has also grappled with short-term rentals, which may surge once it’s easier to build them.

“Basically it speeds up the construction of granny flats,” says Ronan Gray, president of Save San Diego Neighborhoods, a group opposed to vacation rentals in residential areas. But “it doesn't change local ordinances that regulate short-term rentals.”

However, while Coronado bars vacation rentals of less than 26 days, the new law could keep the city busy trying to enforce it.

“If carriage homes are converted into extra dwelling units by state fiat, this would create more properties for the city to police under these rental provisions,” Tanaka says.

Coronado knows what is good for Coronado, and that means things that enhance real estate values. It is already wildly overpriced by usual standards, especially for some of the tiny, and frankly funky, units that already exist. Many of the homes there started out as add-ons to existing larger homes, and then were separated later on. The tiny lots on Coronado really don't allow squeezing in another house without losing most of the yard, and being crowded together. That the average lot is 3500 square feet says it all. Twice that size is not a large lot, and two units in that much area is tight. Make no mistake that this, if signed into law, will just result in more AirBnb units. Enforcing restrictions and bans on such uses is becoming a huge headache and cost for other cities. With so many out-of-towners wanting to stay in Coronado, anyone with a granny flat will want to cash in big time on it. That is happening elsewhere in the county, and soon will be everywhere.