Ways to waterproof your iPhone 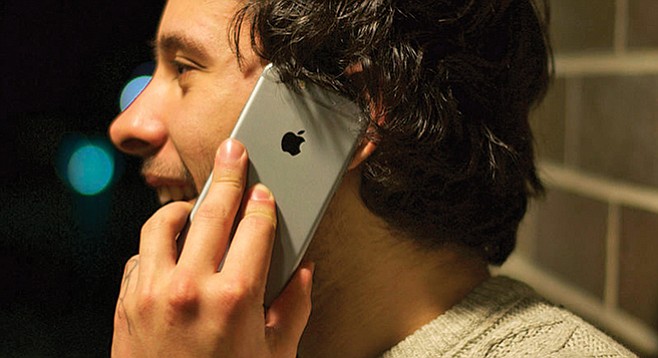 Few, I suspect, possess worse karma than my husband Patrick when it comes to cell phones and water. Twice in one summer he ruined phones by walking into the ocean forgetting the phone was in his swim shorts. Later that same summer, determined not to repeat the disaster, he removed his phone from his pocket and placed it in the cup holder of his beach chair. Half an hour later he saw the cup holder was already occupied by a clear plastic cup full of water. He dropped another phone into a sink of soaking dishes. Once, an attempt to text while peeing ended with a splash. 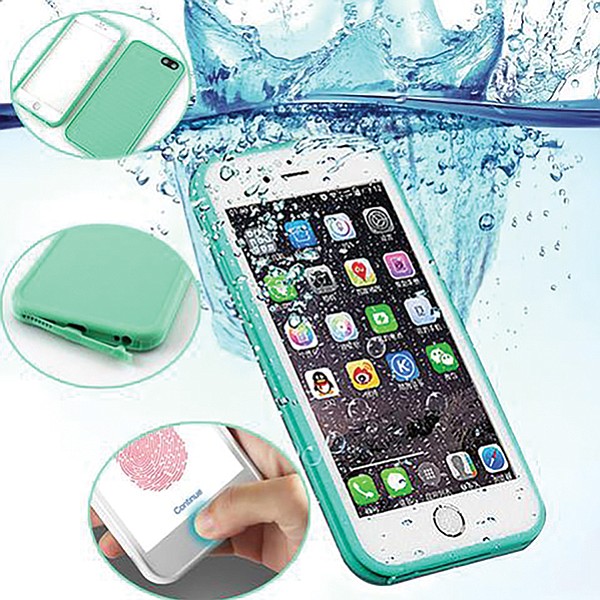 The iPhone takes a bath

Maybe Patrick isn’t the only one with this problem. The iPhone 7 has hit the market, and Apple has seen fit to waterproof it. The $649 starting price is a bit heavy for our budget right now, but all the talk about it made me think that a waterproof cover for the man’s iPhone 6 would be wise. Summer swimming season may be over, but the rainy season looms (please, Lord) and Patrick still tries to save time by texting in the bathroom.

Best Buy sells the LifeProof NUUD Protective Waterproof Case for the iPhone 6s Plus ($89.99). The description of the product states, “Polycarbonate, polymer, synthetic rubber, and silicone layers seal your device against damage from dust, snow, and drops of 6.6-foot heights. Your device can remain submerged in 6.6 feet of water for up to an hour...” The case comes in many colors; if I were picking, it would be crushed purple, Banzai blue, or campfire red. But my man would probably choose black.

Another slick option, the gold-colored iBattz Nomu Poseidon Case for Apple iPhone 6 ($59.95). Waterproof and shockproof to sustain a 6.6-foot fall.

The Catalyst Case for iPhone 6 is water-resistant up to 16.4 feet and shockproof up to 6.6 feet. It comes with a wrist lanyard and in funky colors, such as Green Pop and an Orange Rescue Ranger. Best Buy sells them for $69.99.

Over at Kohl’s, there are a few offerings for waterproofing for the iPhones. LifeProof FRE Waterproof iPhone 6 Case in black or pink for $79.99. The manufacturer claims your phone can survive water submersion up to an hour. The case would also be snow-proof for the upcoming days shredding the mountains: there is a built-in scratch protector on the case.

“The Pelican Marine case is excellent,” offered friend Paul. “It’s been tested to military standards, it is waterproof to protect the phone for submersion, and it has a screen protector to guard against scratches.” (Pelican Marine Waterproof Case for iPhone 6/6S is $39.97 on Amazon.)

The Waterproof Immortal iPhone case for iPhone 5 and 6 by Faraday comes with a 100 percent customer satisfaction guarantee. The case provides a seal to protect the phone in complete submersion ($66). A part of each sale goes to the charity Iridescent, which donates science equipment to schools.

“I’ve been satisfied with my Favolcano case,” offered Nancy. “It has saved my phone from a few mishaps.” The iPhone 6 Water-Resistance Case by Favolcano is waterproof and can submerse a phone to over 6.6 feet and protect it from falls from the same height. The case also has the screen protection and a frame exceeding military standards (Amazon, $12.99).

“HiTechCase sells a waterproof case that I was thinking of buying for my teen,” replied Meg. “It claims to protect against three hours of water submersion. That should be enough time for my distracted son to realize he has been texting in the rain,” she laughed. (Best Waterproof Case, Slim Defender Cover, $19.95 for the black case on Amazon. It also comes in pink, white, and turquoise.)

For the more temporary fix, one that would work for days on the bay paddleboarding, there’s the Travelon Waterproof iPhone Cell Phone Case ($18.99 at Kohl’s). A 100 percent Polyvinyl Chloride pouch for your phone, watertight, with a 17-inch carrying strap, and a foam insert so the case will float.