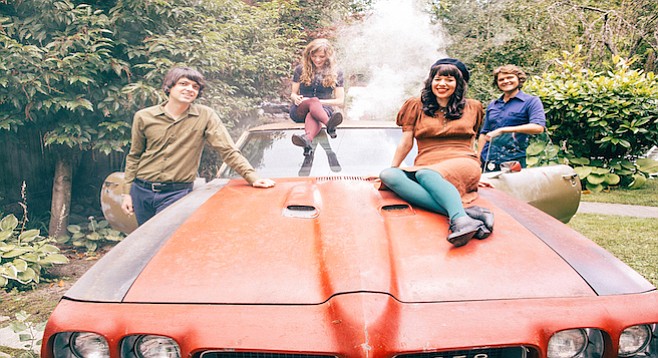 Another band that’s in lust with the pop music of the 1960s. And why not? It was good material, and most all of it distinctive. Tele Novella has been compared to the girl groups of that era, but I suspect that the critics who went in that direction probably haven’t really heard very much ’60s girl-group music. What I hear in Tele Novella is that surf-hotrod-rock-novelty sound. Granted, the band is fronted by Natalie Gordon, and she has just the slightest Nancy Sinatra shape to her vocals, but that’s about it. 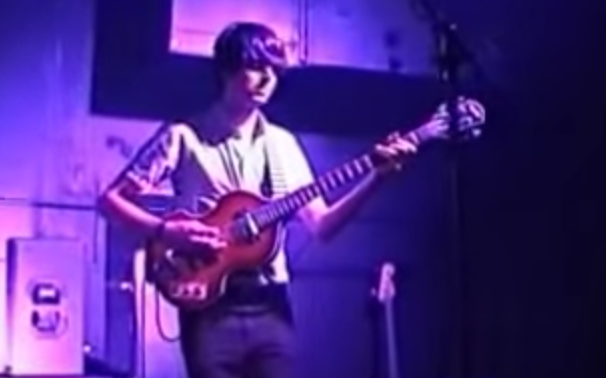 The band’s management, on the other hand, pimps them as macabre-pop: “the sonic equivalent of Halloween candy.” Lyrics like “Add the barley/ add the rye over the fire/ stir and let it lay in the magic of the pale moonlight” sort of furthers that image. On Facebook, the band posed in monster makeup and listed their contact number as 666-666-6666.

But Tele Novella’s Hail Mary startup is a better story. In 2012, Gordon moved from Sacramento to Austin, Texas, with her band, a drum-and-guitar duo called Agent Ribbons. She booked a slot at the annual music-industry showcase SXSW, but the band came apart. At the last minute, she pulled her boyfriend, bassist Jason Chronis, and members from Voxtrot together, wrote new songs, and did the gig as Tele Novella. Both Paste and Spin magazine’s critics were enthusiastic, Tele Novella got a record deal, and they stayed out on the road, for that is how a band earns money in the digital age.

But in order to enjoy Tele Novella at home, you, too, need to be into the 1960s. Their releases so far have been on vinyl 45s or cassette tapes. But it’s worth the step backward in technology to hear that tight old reverb and twang around surprisingly intuitive words like, “I never thought that I would find/ All of my desires/ Were none of mine.”