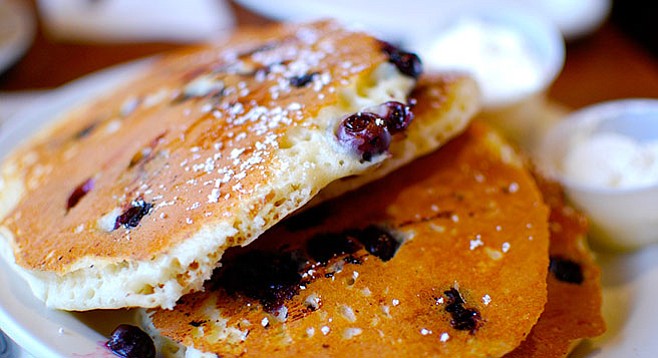 For every good soul facing a genuine hipster quandary out there, at least one budding troll just wants to see if he can get a rise out of me. I’m actually cool with it. I’ve got great answers for even the dumbest or most impossible questions. So, here’s some terrible advice for you, my friends. No matter how hard you try, my time can’t be wasted.

Dear Hipster:
How do you stop a crying baby? Seriously.
— Uncle Jeff, the Occasional Babysitter

Most people don’t know this, but you can immediately silence a crying child by leaning in super close and whispering, “May you rest in a deep and dreamless slumber.” It works every time, Arnold — I mean, Jeff.

Dear Hipster:
The other day, I was watching Seinfeld, and that inspired me to look up that career-ending racist rant by Michael Richards (can you believe it’s been ten years since that happened?), which got me wondering whether or not it’s ever okay to tell a racist joke, and if so, when.
— Daryl

You’re good to go as long as you check over your shoulder first to make sure no offendable parties snuck in while you weren’t paying attention.

Dear Hipster:
How do you tie a tie? I mean “you,” specifically.
— Gabe

I’m partial to more obscure knots like the full Windsor, but you should just stick to a clip-on. Nobody will know the difference.

Dear Hipster:
Do you have a good pancake recipe?
— J.

Of course. My pancakes are fluffier than a newborn Hatchimal. They are so good that if Elliott Smith had eaten some of them, he would have moved to Australia, joined the Wiggles, and be singing joyful children’s songs to this day. If you want the recipe, just send a SASE, money order for $9.99, sworn affidavit indicating your fitness to possess such a powerful breakfast tool, character references, brief essay clarifying your position on non-maple syrups, 3D-printed model of yourself making pancakes, and (optional) humorous breakfast limerick to Hipster, c/o San Diego Reader, 2323 Broadway #200.

Dear Hipster:
I met a really nice guy, but he’s a Virgo and I’m a Leo. Do you think it can work out?
— Jill

You are probably doomed, but, just to be sure, you should probably change your religions, get married, hyphenate both your names in order to equally irritate all your parents, have a few children, get a mortgage, cut up your credit cards after indiscriminate holiday spending nearly costs you the house, mourn the loss of Wuffles the rat terrier, agree never to rent from Hertz again after a clunky rental car ruined your trip to Prague with the kids, agonize over whether your charitable contributions accurately represent the depth of your respective commitments to animal welfare and clown rights, and eventually retire to the Palm Desert after a complicated and weirdly satisfying life together before you bother to determine whether or not the stars and planets wield any undue influence over your life. Just to be sure.

Dear Hipster:
What is love?
— Baby Don’t Hurt Me