A park, a view, a middle school, and a sandwich 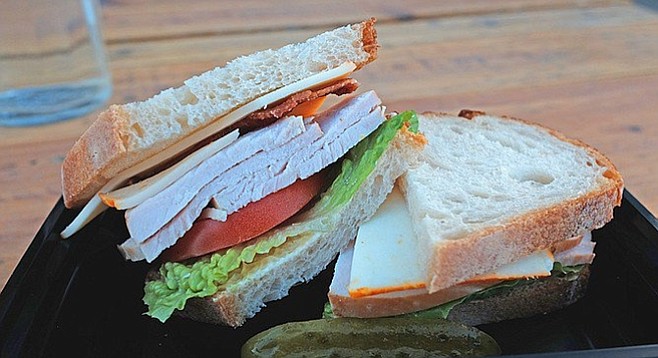 When I first spotted Food for Thoughts Cafe on a Yelp map, I thought it was a glitch. The small coffee and sandwich shop sits just south of Island Avenue, on 26th Street. Not on 25th — where a handful of restaurants pepper the border between Grant Hill and Sherman Heights — but on 26th. There’s nothing over there but houses, I thought. Maybe it’s the home address of somebody who owns a food truck? 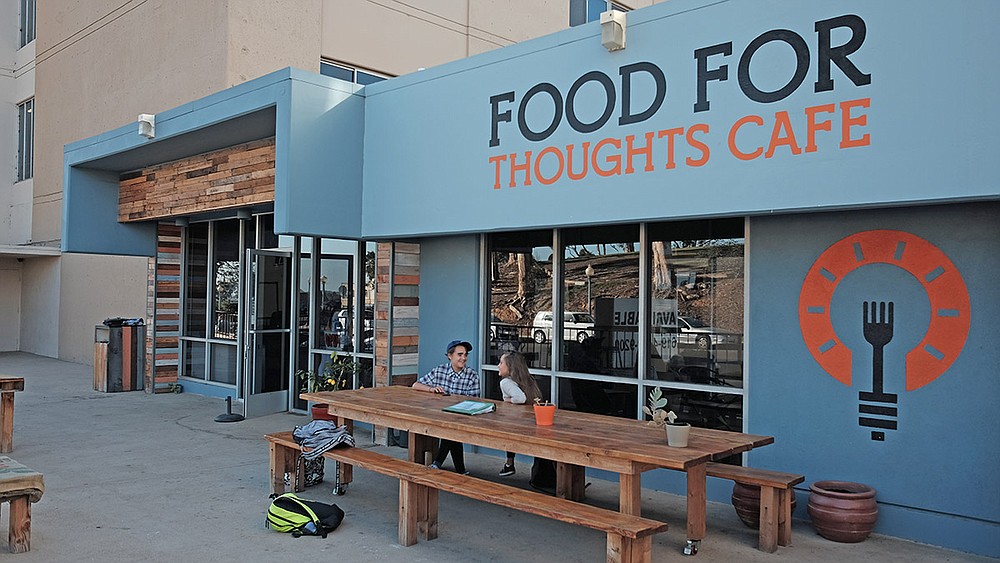 Einstein Academy middle school students are an afternoon fixture at Food for Thoughts.

Shows what I know. Right across the street from the café is Grant Hill Park, a sloped grassy space with an excellent view of the bridge to Coronado. That’s something. But Food for Thoughts’ character usually has more to do with another property on the same block: the Einstein Academy Middle School. The café has no official connection to the school, but items are named for its namesake physicist nonetheless, such as the Einstein Smoothie and the MC (squared), a nutella sandwich. There’s German candy for sale as well, but that has more to do with the café’s ownership.

The shop’s only open weekdays, and depending which time you visit there are likely to be a handful of students bopping around, being playful tweens. I’d brought my dog, and a precocious bunch of kids made sure to keep her entertained on the spacious patio while I went inside to order at the counter. Aside from a litany of Café Moto coffee drinks, most of the menu covers breakfast, including egg sandwiches, açaí bowls, a bagel with lox.

As I showed up just ahead of the shop’s 3 p.m. closing time, I had my eye on a late lunch. There are a couple of veggies sandwiches and a couple of salads, but I gravitated to The Rumi, an oven-toasted turkey BLT with muenster cheese served on slices of country levain from Bread & Cie. Both the turkey and tomato were sliced thick and juicy, which I appreciated, especially given the reasonable $6.75 price tag. Beyond that, it was a pretty simple sandwich — crisp lettuce, fresh bread, and light mayo.

It’s a tasty find. Especially if I want to grab a low-key morning coffee or something for a picnic at that park.