Celebrities who spent time in San Diego: thinkers and artists 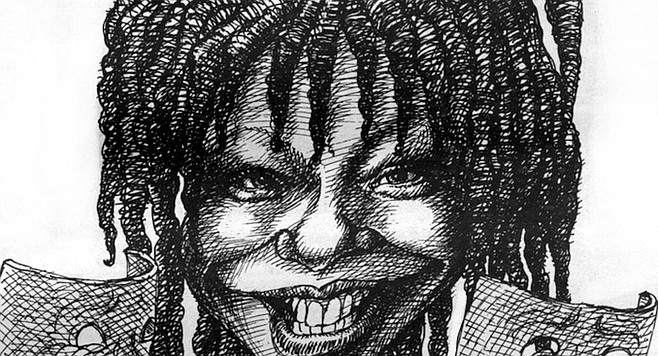 Bursting With the Relentless Energy of All Human Life

Do you remember the spastic woman, all crumpled into herself, her limbs twisted, her voice a raucous bray between inarticulate lips? How — of all things — she went to a dance; how a tall, handsome man drew her onto the dance floor; how, before our very eyes, she blossomed, expanded, straightened up, became free and beautiful, and spoke with ease and grace; how she fantasized a lasting relationship with this man, but how nothing permanent came of his pity… 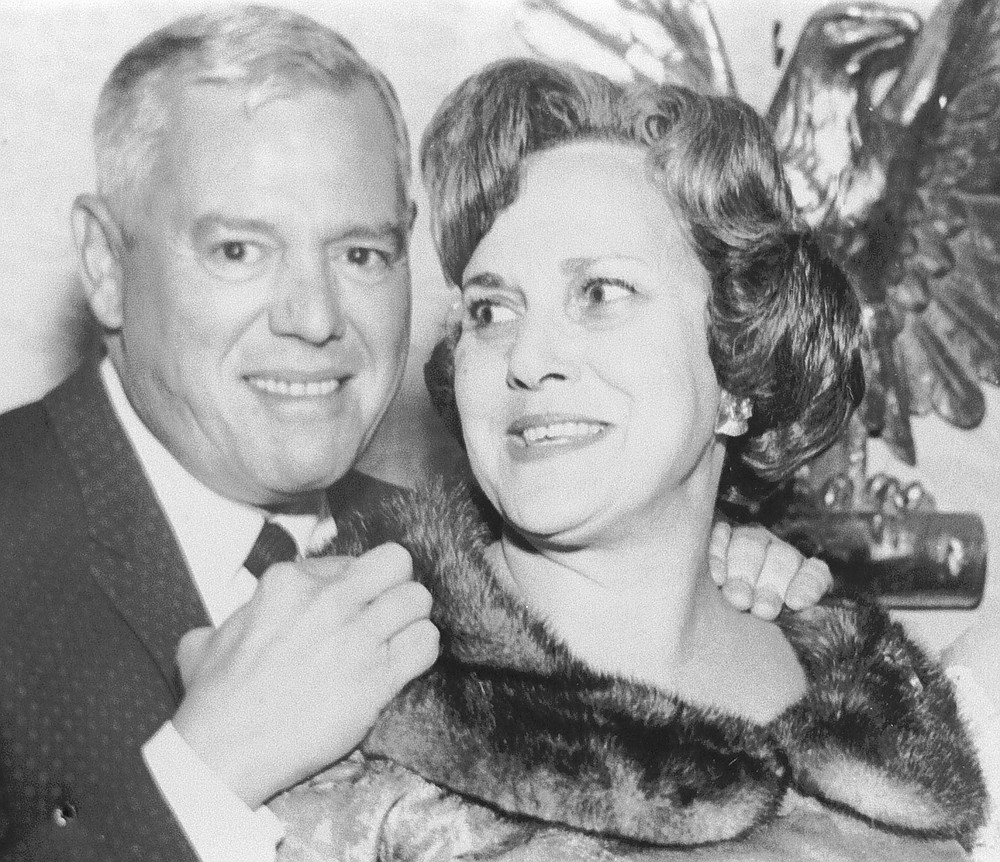 "I said to her, ‘Miss Garbo, I didn’t hear you. What did you say?’ She put her arm around my shoulders and leaned her face over so her cheek touched mine, and talking in my ear she repeated what she had said. I nearly fainted. She smelled so good and her voice was so beautiful, I just succumbed to the moment. I said, ‘If I’m ever going to become a lesbian, this is my moment, believe me.’" 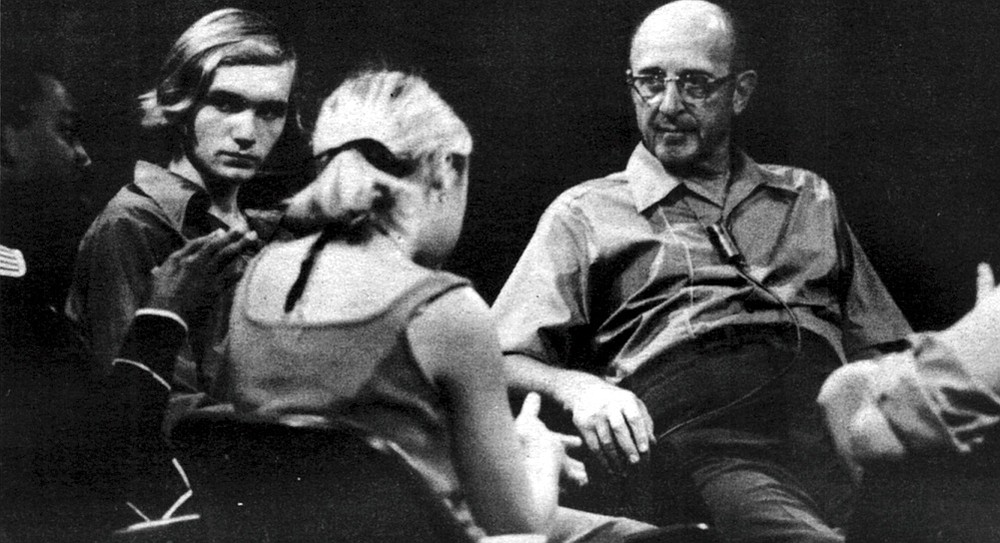 Benjamin De Mott accuses Rogers of “nothing other than the professionalism of compassion: flower people cosseting others for fees."

He asks me why I am writing an article for a local publication, and suggests that I do a story about him for a national magazine. Rogers is obviously miffed by the critique in the January issue of Psychology Today, in which Benjamin De Mott accuses Rogers of “nothing other than the professionalism of compassion: flower people cosseting others for fees…” Rogers tells me that he won't allow his picture to be taken for a San Diego paper. 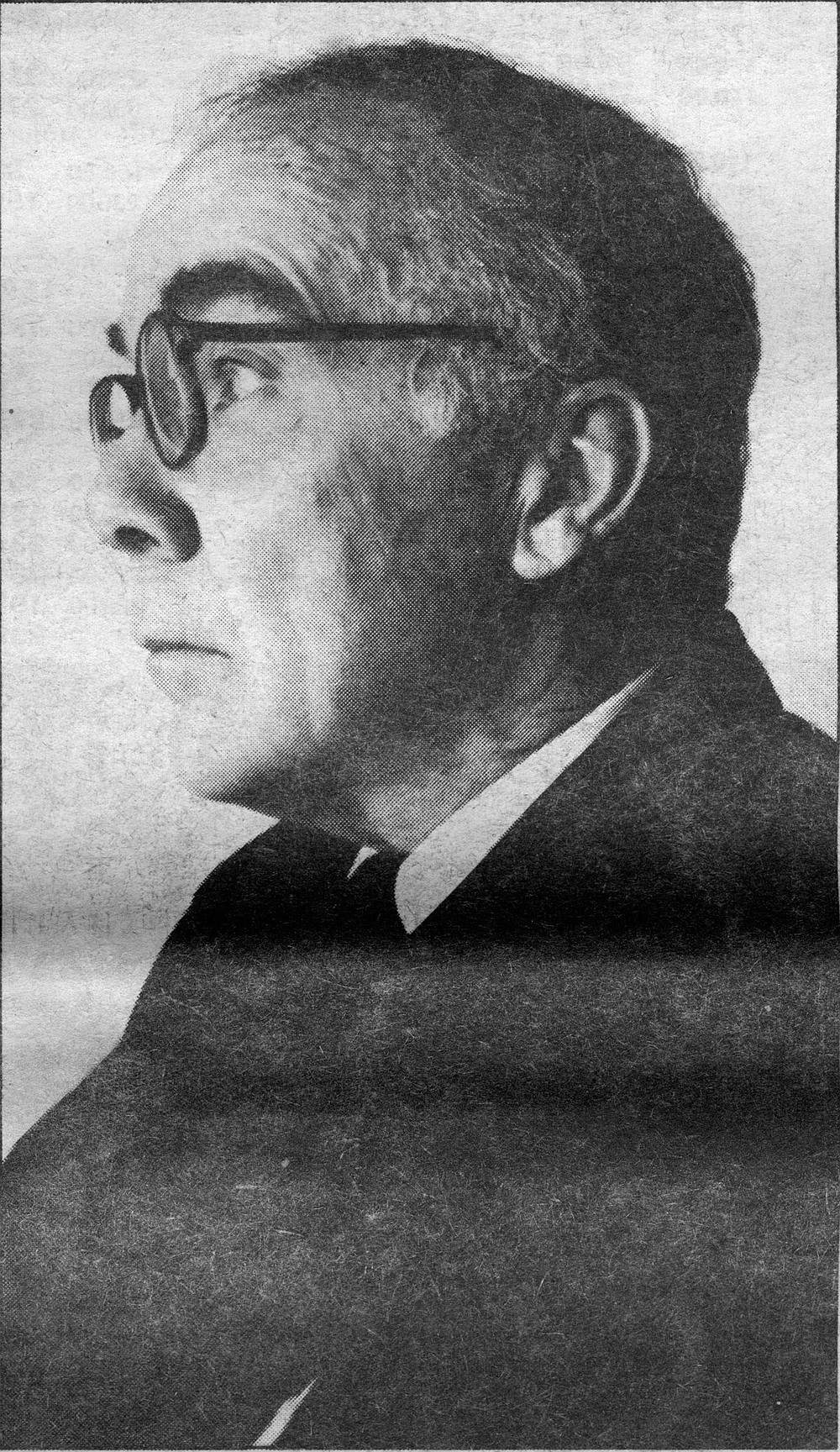 Bill Coulson. He thought that Rogers was right in thinking “that human nature is essentially trustworthy.”

An Encounter with Bill Coulson

By the end of 1976, the Coulson family returned to La Jolla, and another development reinforced Coulson’s growing convictions. On a whim, the family formed a Dixieland jazz band that began its career by appearing on television’s Gong Show and eventually performed everywhere from Disneyland to the Kennedy Center. Coulson says that experience made a mockery of the notion that democratic, nondirective processes worked best in all areas of life.

On the Death of Marcuse

Virginia and I attended most of Marcuse’s lectures around San Diego to find what strange new textures he wove from customary philosophical terms. Once he spoke about a poem by Rilke and was a poet himself, painting the two women on a rock more impressively, more appealingly — more beautifully — than the author. "The happy moment wants eternity,” he said in that talk and several afterwards. We noticed that he had begun to stoop. 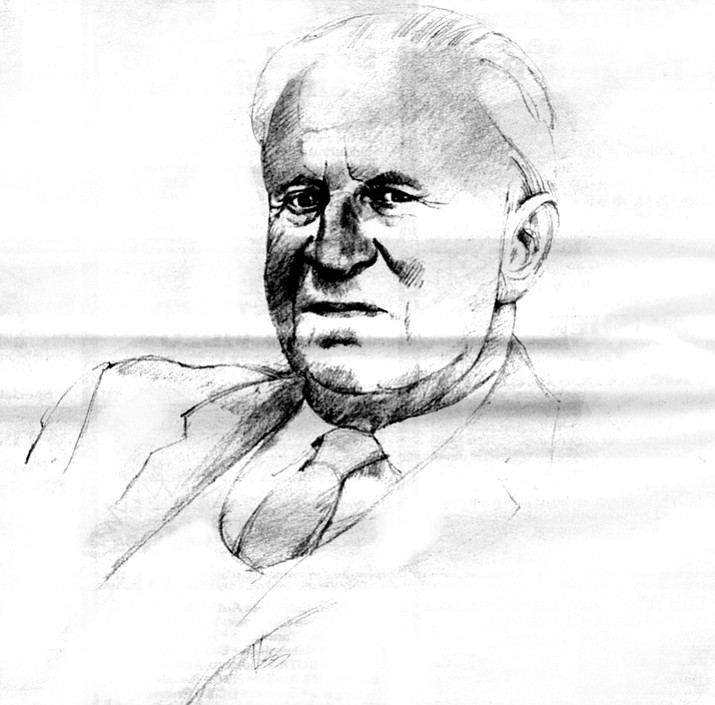 She and several other students asked a nonstudent friend if he would sit in Marcuse’s large survey courses with a gun, “just in case.”

Angel of the Apocalypse

During that long, violent spring of 1968, leftist student leaders around the world began to quote Marcuse and claim his ideas as inspiration to their movements. By June worldwide media had dubbed Marcuse the “Father of the New Left” and “Angel of the Apocalypse.” Ramparts magazine noted, “When the improbable student rebellions of West Berlin, Morningside Heights, and the Sorbonne broke out this spring, all agreed that Herbert Marcuse was the Marx of the children of the new bourgeoisie.” 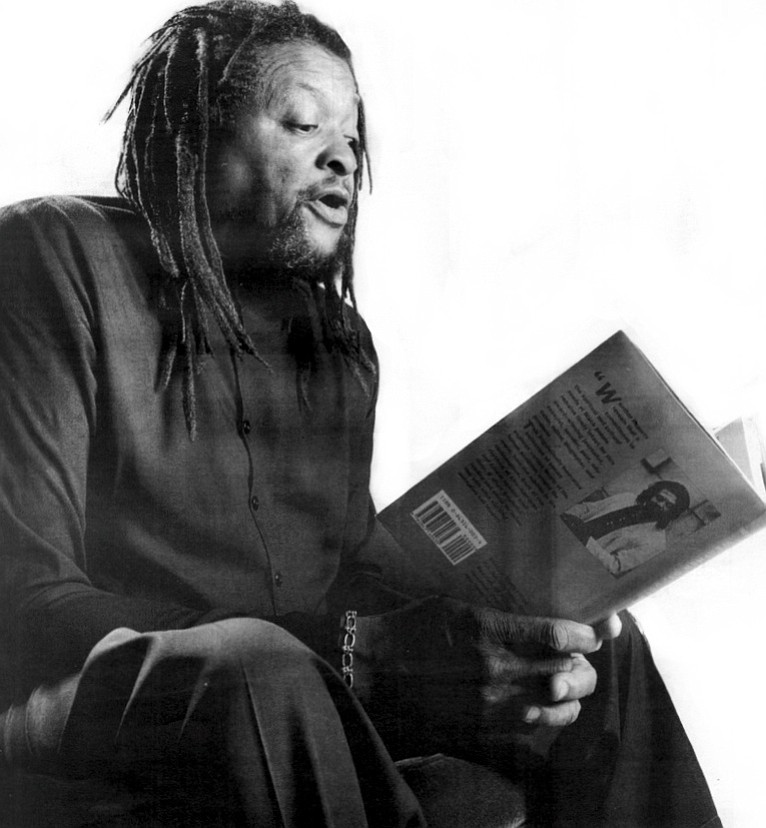 Quincy Troupe reading his poetry. Troupe became part of a circle of writers who would come to be known as the Watts Poets and Writers.

Troupe vowed never to speak to Crouch again, and in a sort of farewell-to-New York article that appeared in Newsday shortly before Quincy and Margaret moved to San Diego, Troupe warned that Crouch was a pit bull who is kept chained in a dungeon by some members of the neo-conservative Jewish right, only to be let out once in a while to attack famous blacks or those literary blacks whom the neo-conservatives feel are their main competition. 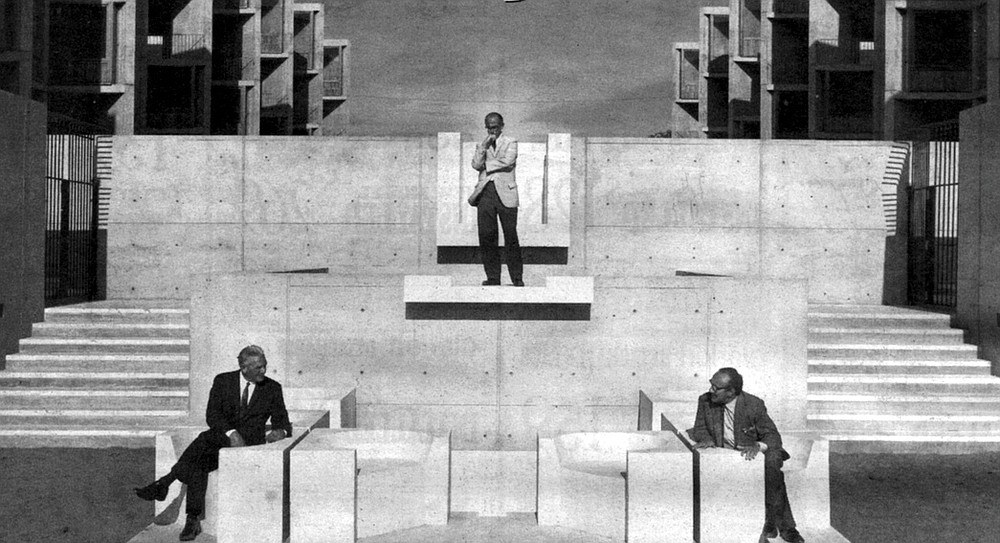 Salk had $25 million from the National Foundation and hired American architect Louis Kahn to design it. “My husband looked at the plans and asked, ‘What is this going to cost you?’ and Jonas said, 'We’ll be lucky if we get out for $5 million.’ And Bruno laughed. For years they only had one building with the electricity on. The twin building was empty, and they had to keep on raising money and raising money.” 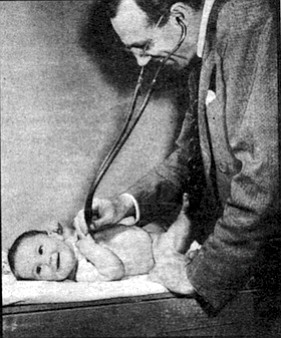 Dr. Spock, c. 1945. As a lieutenant commander in the Navy, Dr. Spock was classified as a psychiatrist. He was transferred to San Diego and put in charge of pediatrics at the Family Hospital and Clinic in Coronado.

Chopra’s Center for Well Being was located in Del Mar, and she and Dr. Spock moved there, living in an apartment at L’Auberge until they bought a 22-foot Winnebago. In it, “We lived mostly out in the desert,” she told me. A cold winter prompted them to move to Florida, but the landscape there disappointed them. “It was warm, but it was very, very flat.” So they came back to San Diego a year ago. 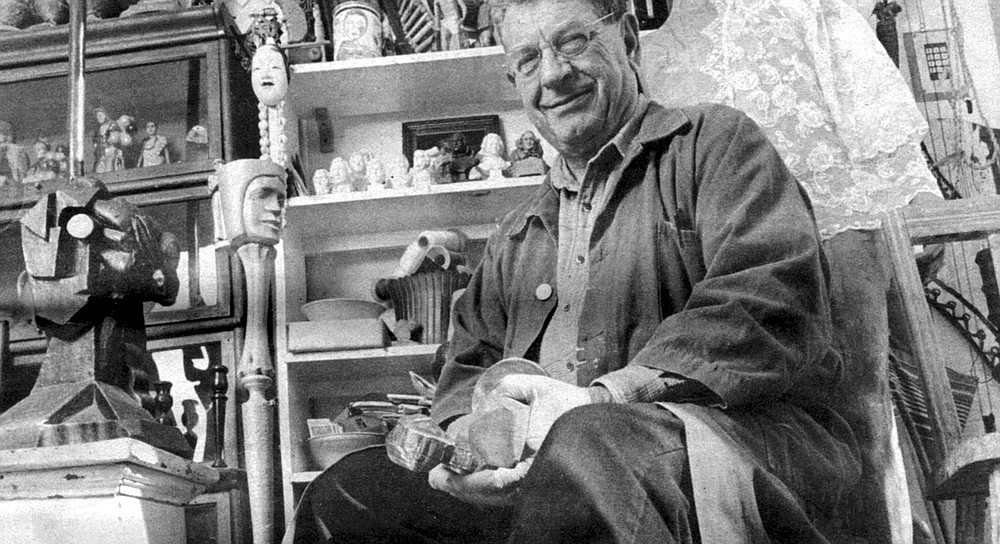 Italo Scanga. Do the people at UCSD really understand what they have on their hands in his knotted, intense, diminutive frame?

“We slept on piles of chestnuts smelling of mildew, and there was never anything to eat except moldy chestnut bread and a few figs. Every shop, every business in the area was boarded up on account of the war. There was no bread, no flour, no oil. Sometimes, before, we’d had a little pasta with a bit of fish. But I clearly remember that on Christmas Day of 1944 we had absolutely nothing to eat.”