Is today's election make or break for Union-Tribune?

Tronc financial chief Jimenez says of U-T and Manchester, "it's something that we had stepped into." 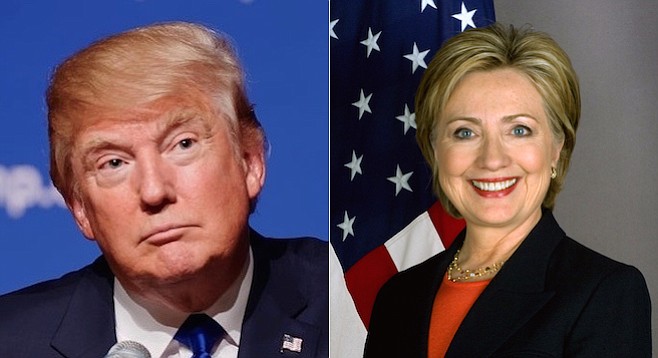 As votes are counted for this year's San Diego general election, Wall Street analysts are likely to have their eyes on an experiment that could have a crucial effect on the ultimate survival of the Union-Tribune, the city's once mighty organ of Republican influence.

"It was the first time since the founding of The San Diego Union in 1868 that the editorial board had endorsed a Democrat for president, which says a lot about the dynamics of this election and the less partisan, more centrist positions the board is staking out on my watch."

According to Hall, the Clinton endorsement, "prompted 209 readers to cancel subscriptions between Sept. 30, when the endorsement went live, and Halloween." He added, "I can also tell you, anecdotally and humbly, we picked up some subscriptions, too."

That the paper's rapidly declining circulation has caused its editorial director to tally cancellations versus new sign-ups so closely is seen by industry observers as yet another indication of the desperate straits of the print business in America. 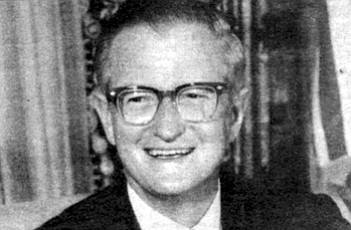 Jim Copley, October 1961. On the occasion of Jim Copley’s death in 1973, Kemp read a eulogy on the floor of the House.

Gone are the days when publisher Jim Copley, and editor Herb Klein, an on-and-off operative for the GOP's Richard Nixon, boasted they had swung San Diego for Nixon in his 1960 presidential race against John F. Kennedy.

"As you know, I am going to do everything possible through the Copley Newspapers to assist you in your campaign," Copley wrote Nixon on September 13, 1960. "I feel so vehemently that we need you as the next President of the United States.'' 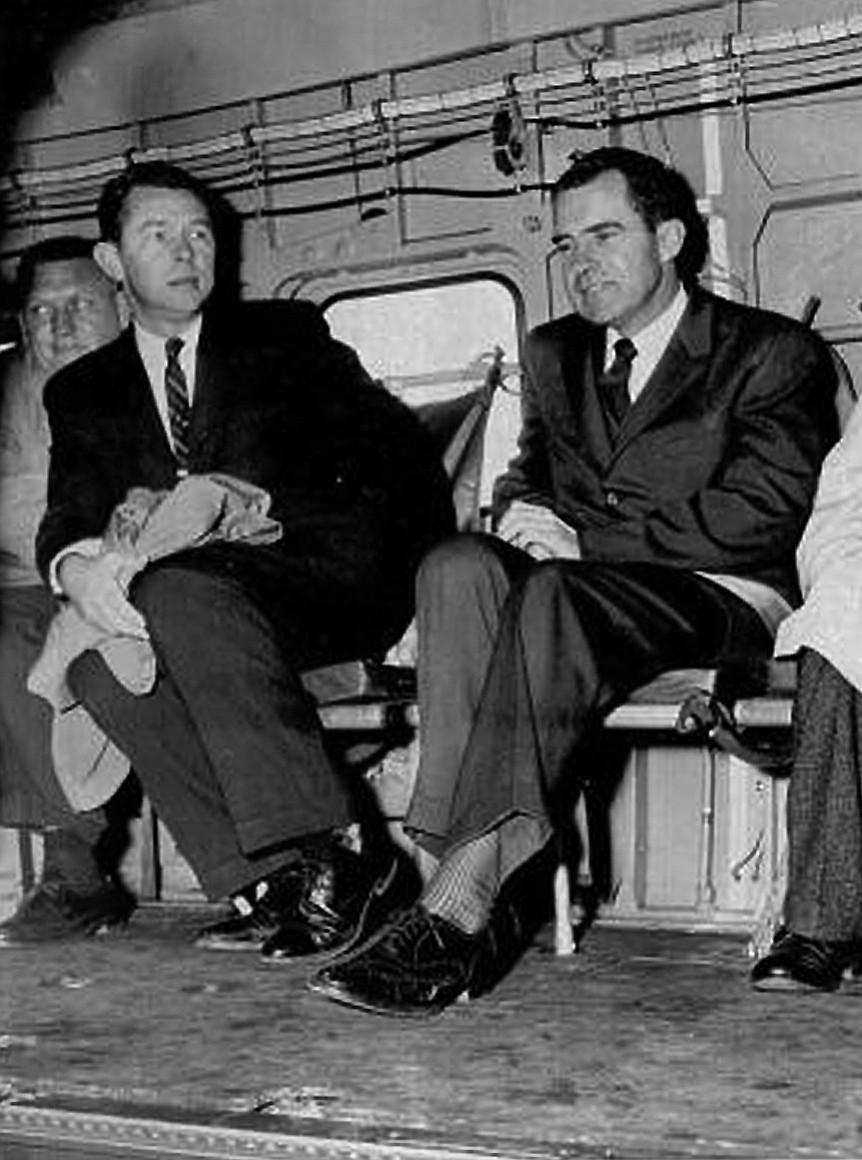 Herb Klein and Vice President Richard Nixon, 1959. Klein could be seen hovering in the background as the failed candidate uttered his famous line in 1962, “You won’t have Nixon to kick around anymore."

He added, "In your campaigning, I certainly hope that you will not overlook San Diego. It is now the nineteenth [sic] city in the country. I believe I can swing a lot of the votes into your column. However, I feel it is imperative that you include this city on your schedule to be sure you will get the full support you deserve. I discussed this with [Union editor] Herb Klein. He assured me you were going to come here, but I thought I would take this opportunity to personally give you my sentiments on the subject."

After Nixon scheduled a campaign appearance here, Copley wrote, "The San Diego Union and Evening Tribune will do everything they can to help get an excellent turn-out for you." 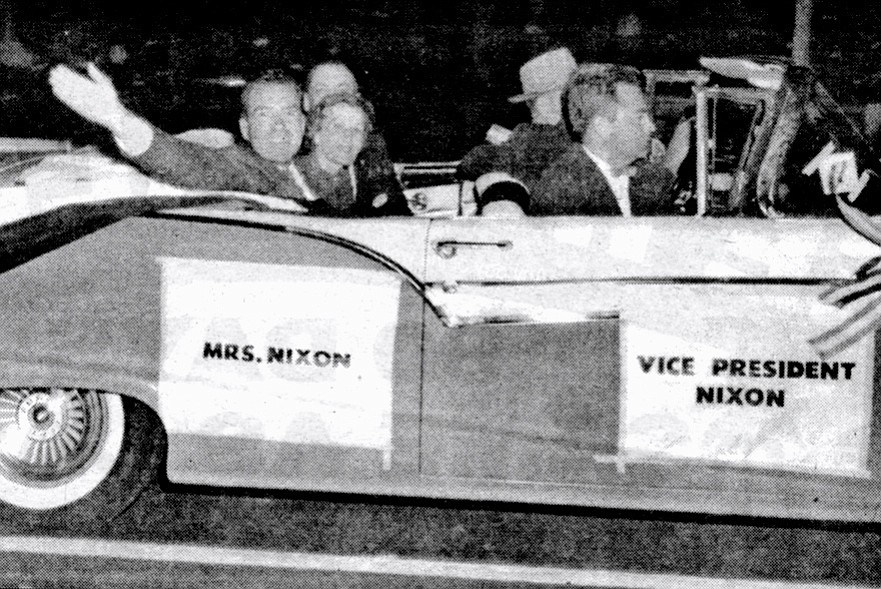 The Nixon campaign travels down Broadway in San Diego, October 1956

It wasn't the first time Copley had helped Nixon wage war against the Democrats. Wrote a grateful Nixon to Copley after the 1956 elections: "This is just a note to tell you what an outstanding job Herb Klein did for us during the campaign. I want you to know, too, how much we appreciated the sturdy, never wavering support we received from the Copley papers in Illinois and California. My only regret is that you don’t have a paper in every one of the forty-eight states!”

This year, polls show California is safe for Clinton, but the San Diego outcome, if it favors the Democrat by a sizable margin, could count for bragging rights for the flagging newspaper; the U-T's endorsement has already brought international publicity, per Hall’s Q&A: "I was interviewed by BBC Radio in Scotland, a reporter from the French newspaper Le Monde and a number of national media outlets." 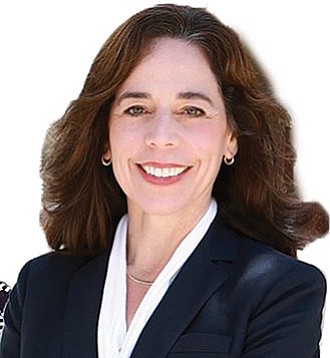 Other Democrats endorsed by the U-T include San Diego city attorney candidate Mara Elliott, a key target of the big-money, take-no-prisoners GOP Lincoln Club and its allies in the chamber of commerce.

Hall insists in his interview that the U-T's new direction is home-grown, owing nothing to its Chicago-based parent. "To answer a question I get a lot, our parent company, Tronc, and our sister papers had no role." 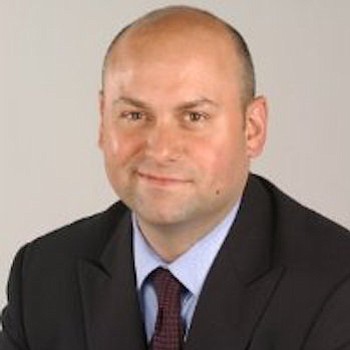 Mild praise for the U-T came from Terry Jimenez, tronc's chief financial officer, when he was confronted by a series of questions from Wall Street analyst Lance Vitanza of Cowen Credit Research & Trading during tronc's November 1 third-quarter earnings conference call.

"Can I ask you about the San Diego Union-Tribune?" Vitanza began. "If memory serves, it wasn't doing all that well when you acquired it. I'm wondering if you can give me an update on how it's doing today, stabilized, improving, or still a work in progress. How should we think about that?"

Replied Jimenez, using an apparent Chicago sidewalk analogy, "Sure. I think for us on the management team, it's something that we had stepped into."

Alluding to the U-T's prior ownership by Republican developer kingpin and Donald Trump supporter Doug Manchester, famous for his backing of a downtown Chargers stadium and bashing of local Democrats when he controlled the paper, Jimenez added:

"I think the asset has performed reasonably well. It's a tough environment, obviously. It's been in a period where it's kind of been isolated for a long period of time under unique ownership versus kind of a larger organization. And so, I think we've gotten over those hurdles, those bumps."

Praising what he called "strong leadership in San Diego," Jimenez concluded, "So, I'd say we're pleased with where San Diego has come in at least the short period of time that we've been here. And we're excited about the future that San Diego will have for us as part of tronc."

Today's election will gave no effect on the U~T. It's still circling the drain and it's only a matter of time till it's pumped four miles off Pt. Loma with the rest of the effluent. What doesn't go there, will end up in the Miramar landfill after it's been used to line animal and bird cages.

Count on the UT to reflect ever more of what is good for the 1% and their dreams for California!

The SD Reader is the one clear shinning star in a ever blacker night.

The fact that the current owner likens the paper to "something", meaning dog excrement, says so much about his attitude. When the U-T ended up sold to the LAT, and they shut the printing plant down, that made the U-T very hard to sell separately. Not impossible mind you, but hard to sell.

Its newfound independence in some of its ballot recommendations, such as turning a thumbs down on the Charger giveaways, and also Measure A, was balanced out by making any recommendation in the presidential race. Both choices were terrible ones, and abstaining was a viable option.

Long gone are the days when people relied on a newspaper to guide them on election day. The UT is yesterdays news today.

I worked at my voting precinct yesterday, as I have for 10 years. This time I did not see one person brig in the endorsement page of the SDUT. Year before, I noticed the practice often. However, because of all the propositions, many voters brought their sample ballots with them, which could have been filled out using the SDUT endorsements.

I really doubt that the U-T endorsements carry much clout any longer. In fact, there are many voters who think that if the paper likes something, it is for the wrong reason(s), and take the opposite tack. Actually, that has been the case for many, many years in some SD circles.