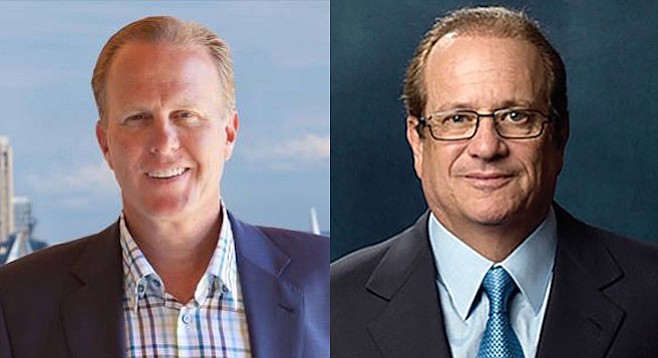 San Diego mayor Kevin Faulconer — whose ambitions for higher office are said by critics to have motivated his behind-the-scenes deal with the wealthy Republican Spanos clan to back a new tax-subsidized stadium and meeting complex — won't be releasing any documents that show the contrary — nor any other public records regarding the mayor’s private dealings with Spanos representatives leading to his declaration of support.

That's the word from city hall, where officials in charge of handling public records releases have denied a request to obtain emails and other documentation of the mayor's decision to back Measure C, a hotel tax hike and public subsidy of the $1.8 billion project that the Spanos family has spent more than $5 million to get on the ballot and campaign prior to next week's citywide vote.

The October 3 request, made by the Reader under provisions of the California Public Records Act, asks for "all calendars, appointment sheets, minutes, and related documentation from the office of Kevin Faulconer and office of city attorney regarding meetings by the mayor and his staff both internally and with outside parties," regarding the Spanos-Faulconer deal.

Other documents requested include those regarding negotiations between the parties, as well as "receipts, purchase orders, cancelled checks, agreements with consultants and counsel, and other documentation regarding expenditures by the city of San Diego" leading to the mayor's endorsement.

As previously reported, last week, the city released calendar entries from Faulconer's office revealing a months-long series of closed-door meetings and related communications between Spanos representatives and Faulconer and his staff about the stadium deal, but no minutes, notes, agendas, or other details of the private sessions were released.

"We are still reviewing emails related to this request," said an October 29 email from the city, indicating there was more material to come.

Then, late November 2, the city dispatched another email saying that no further material would be released. "All responsive documents have been released except for portions redacted pursuant to: Government Code section 6255 [the public interest in nondisclosure clearly outweighs the public interest in disclosure]."

As an aspiring candidate for state or federal office, Faulconer has jumped on the open-government bandwagon, announcing a "Transparency First" plan that pledged to eliminate most closed-door dealings.

"An open City Hall is integral to building public trust in government," pronounced the mayor's transition advisory committee in June 2012.

Though an automated public records act system that Faulconer promised has come to fruition, inside observers note that it is often used to frequently deny document requests, forcing those attempting to obtain records to make repeated queries of the online system, often with few productive results. 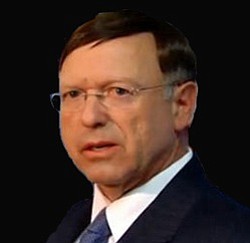 If officials choose to stonewall, further relief is only available through costly legal filings leading to lengthy public records cases in superior court. Thus, in the case of the Faulconer and Spanos documents, the mayor, and lame-duck city attorney Jan Goldsmith, will likely be able to keep their big-money Chargers secrets until after the election.

Depending on the ballot results, the hidden public records issue may or may not be mooted, or become part of a legal battle royale over the ballot outcome.

“If the vote is less than two-thirds but more than 50%, it’s conceivable Spanos and San Diego city leaders would take that as a signal to keep trying for a solution,” notes USA Today’s Brent Schrotenboer.

“But it’s unclear where the money would come from for any other stadium plan in San Diego if voters reject public funding for this one…. Fortunately for Spanos, the Raiders currently are targeting a new stadium in Las Vegas, possibly giving some more time for Spanos to sort things out in San Diego, including possible legal issues.”

The new California Legislature in 2017 needs to strengthen CPRA to stop governmental agencies from refusing to comply with legitimate requests for public information. Furthermore, heavy fines should be added to discourage public officials from flaunting the law. Are you listening, Todd Gloria and Toni Atkins?--How about some leadership on this issue?

Vote NO on C for the COLLUSION and secrecy between Chargers and the Mayor. Demand a full accounting and transparency regarding any and all meeting on the matter.

It goes without saying that CPRA should be renamed CRAP.

This is yet another method that Politicians can use for CYA.

Too bad we can't vote Hell No on C

Outrageous. This is an outrageous abuse of office.

Had to check to see if this wasn't a SD on The QT story. The pubic interest in non-disclosure out weighs the public interest in disclosure? Who makes this illogical nonsense up?

Spell check's a hoot ain't it?

When Bob Filner was mayor, I guess there was some "pubic" interest from him that he couldn't control.

Oh, Bahnee, are you tuned in? Does this sound like public corruption? It should. Will Bahnee investigate? LOL

Maybe a costly legal filing by the Reader would lead to relief and a landmark decision in favor of FOIA by the court. That might be a better use of income accruing from all those green pages at the back of the journal than some other lost causes that management pursues.

This was not an FOIA request; that is for federal government agencies. This was California's version, called the California Public Records Act.