Pick your poison as the person is picked 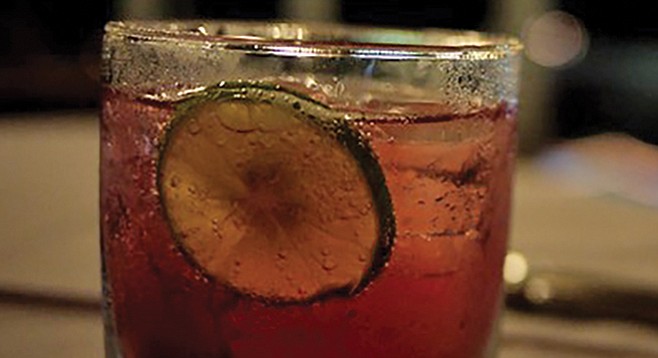 Anyone else thinking of drinking the blues away on election night? The Kellys are.

The office once held by Washington and Lincoln will be filled by Donald Trump or Hilary Clinton. That statement nauseates me. I’d like to move to Fiji before election day, but my 401k says that’s not happening this year, or any other, for that matter.

These are the musings I’ve had about our country’s future this past month. Not the most optimistic, I know. Last week, I snuck in some coffee time with my friend Bernice. The conversation soon moved to the election, and I soon moved to my sad place. But Bernice, ever one to make lemonade from life’s lemons, threw out a gem of an idea. 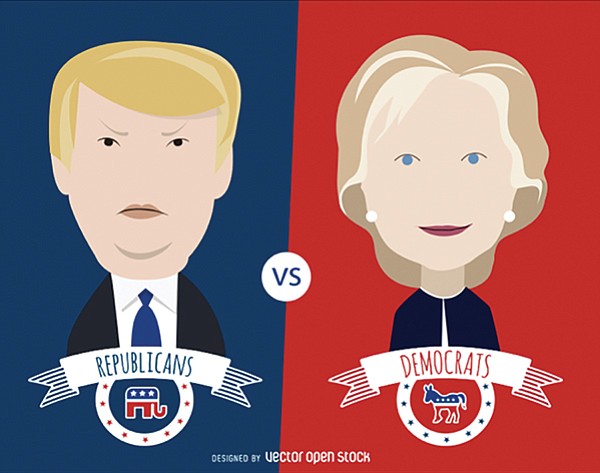 “Let’s get some friends together on November 8th and have a Worst Election Night Ever Cocktail Bash. We’ll create election-themed cocktails. It will make the night go by easier.”

Genius. I moved right into action and polled some creative minds for ideas.

Margaret, one of the most creative, was the first to start riffing.

“How about in honor of Trump: a Dirty CEO: a dirty gin martini with a cocktail-weenie garnish. No, wait, a blue-cheese-stuffed olive.

“For Hillary: the Sour Bitch: vodka, club soda, sour mix, garnished with a (face like a rotten) lemon peel.

“Then there could be the Screwed Either Way: vodka, orange juice, with a heavy dash of bitters.

“Or if it’s a close election, the All-Nighter: vodka, coffee concentrate, Kahlua, with a dash of half and half.

“Wait, I’ve got another,” said Margaret, clearly warming to the task. “Locker Room Banter: Mickey’s Big Mouth served in a red solo cup with a shot of tequila on the side, heavy salt.

Last, she threw in the “Why Do We Even Need the Electoral College Anyway? Pabst Blue Ribbon served with flaming hot Cheetos.”

I began to think we might need Margaret to bartend this event. She’s a creative cocktail genius. But she’s not the only one.

Serena suggested, “If we win, then serve Champagne Americana Sparkling CA wine with a half shot of Kentucky Bourbon. And if we lose, which might be in both cases, the Suffering Bastard — 1 ounce bourbon, 1 ounce gin, 1 ounce fresh lime juice, 1 dash Angostura bitters, 4 ounces chilled ginger ale — for its name, and because I like drinks with ginger.”

Angela I could tell was sharing my dismal vibes. “Seems like a night for whiskey, straight up,” she stated. Or keeping it fairly straightforward, “Mules for Democrats,” she added. “For Republicans, how about POG and Rum, but for election night we call it GOP and Rum instead?”

Matthew offered a take on the Harvey Wallbanger. “Orange juice for Trump, tequila for Mexican, whiskey stones to chill it, for the wall. Add a splash of grenadine and call it a Donald Wallbuilder.”

I was chuckling over all this when my man Patrick got home. “You’re in a good mood,” he said. “Did I miss something? Did both Trump and Clinton quit the election?”

I explained the election-night cocktail bash idea. He immediately got into the spirit. “We could hang a sign on the bathroom door that says, ‘Wikileaks,’” he joked. I could see by the glint in his eyes that he had another idea but he wouldn’t divulge it “until I have it finalized.”

After 15 minutes of Patrick chuckling over his laptop, he announced, “I have it — the Puss...uh, let’s just call it the ‘P. Grabber.’ Pour an inappropriate amount of J.R. Ewing Private Reserve bourbon ($32.99 at ShopWineDirect.com), which is named after the infamous philandering bad boy from Dallas, over two rocks in a cat-decorated cocktail glass ($39.99 at Wayfair.com). Float in a half-ounce of maraschino ($29.99 at BevMo), a liqueur made from sour cherries. Garnish with a single cherry speared with a martini pick.”