Nobody's calling the former druggie hangout a historic structure yet 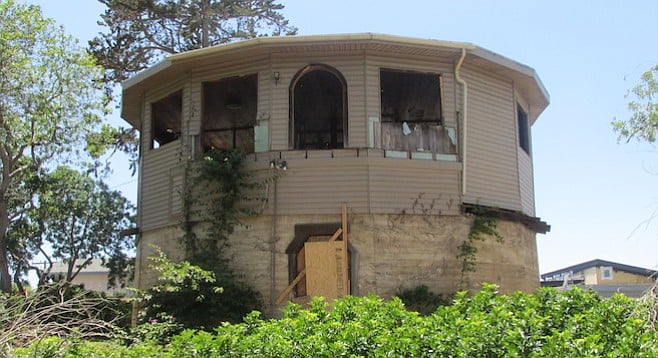 Recent Facebook posts on an old-school Cardiff by the Sea locals’ page wondered what was going on with the old Cardiff “waterhouse,” with its 16-sided top floor and unobstructed 360-degree view of the ocean and eastern slopes. The house, built on top of a two-story concrete water tower, was to have been demolished two years ago to make way for new homes. 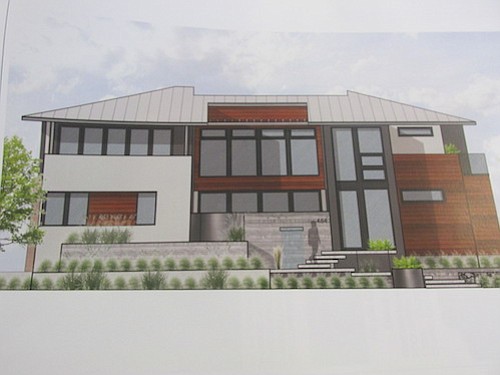 On a 15,000-square-foot lot at the corner of Chesterfield and Glasgow avenues, the house has been vacant for years. According to City of Encinitas planner Andrew Maynard, the developers had to change designers since applying in 2014. The new plans for the “Glasgow View” project call for one single-family home and four duplexes with zero lot lines (a common wall between units).

All five homes will be two-story. City zoning allowed for six units. The developer’s packet filed with the city states the home was converted from a tank in 1965.

“Not true,” says neighbor Dave. “In the early ’50s, my scoutmaster, Ernest Woodward, lived there with his wife Mary. We’d always be over there working on scout projects,” he said. The 75-year Cardiff resident thinks the home addition was built in 1940.

Joe Aurora, operations superintendent for the San Dieguito Water District, says records show the first meter for the property was hooked up in 1928. The tank was inherited in 1922 with the merger of the old Cardiff Irrigation District.

It’s quite possible this was Cardiff’s first source of stored water in the late 1800s. The upstream Lake Hodges reservoir and dam, which now provide a constant water supply, weren’t built until 1918.

Dave says he’s glad something will finally be done with the dilapidated house.

“We always had to call the sheriff’s because kids would break in, hang out, and do drugs. They finally boarded it up,” said Dave. “It’s actually a three-story home — there’s a full basement.” 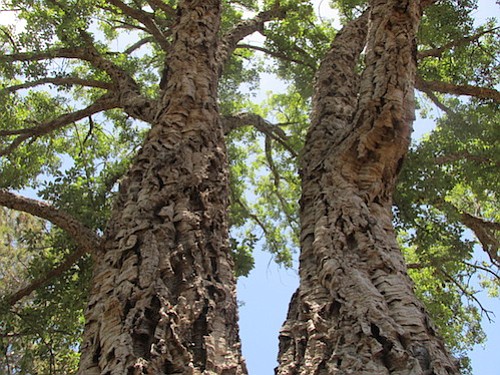 Dave showed me a 50-foot cork oak tree on the property; a very rare tree to be grown in the U.S. Its rough bark is harvested to produce cork in its native Europe and northern Africa. A cork oak can live up to 250 years.

City planner Andrew Maynard said the project will probably get to the planning commission for public comment around August or September.

Historical footnote: Most of Cardiff’s west side, streets with British town names, was subdivided in 1911 by J. Frank Cullen, who sold two 50´ x 100´ legal lots to build one house on. Because property owners hold title to two deeded lots next to each other, a developer may build duplexes with no lot line between them.