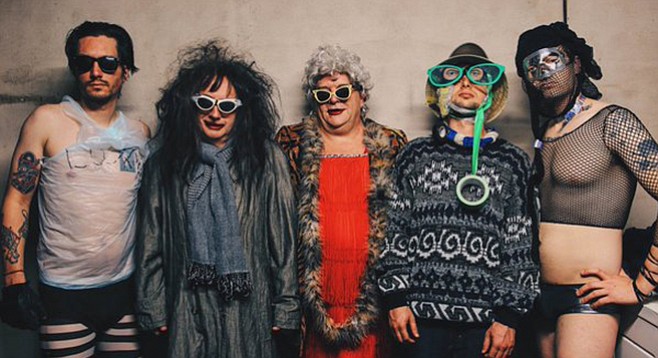 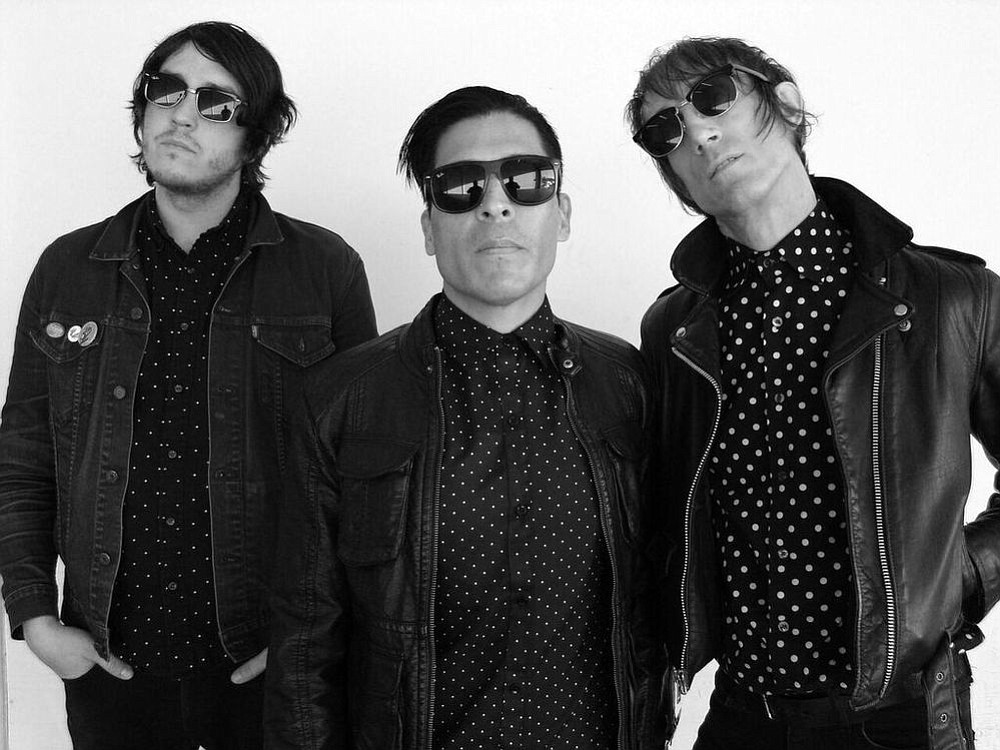 Thursday 26
My records are sorta sorted by genre, and there’s one stack I almost never reach for, a stack built on the backs of bands such as Girls Against Boys, the Rapture, and L.A.’s Moving Units. You see a trend? I’m not dismissing the genre (rhymes with pants-junk), I have the records because I love the music live — crowd-friendly tunes that are meant to bounce off walls in real time at ridiculous volume. Despite pissah titles such as Hexes for Exes, Neurotic Exotic, and this year’s Damage with Care, Blake Miller’s Moving Units’ units don’t cut my mustard. Onstage, however, blammo! Miller and this year’s version of Moving Units will headline sets at Casbah Thursday night, after Billy Changer, Visions, and Glass Spells.... Miss the door in Middletown, Latin-jazz guitarist/singer Lorraine Castellanos and her trio Besos de Coco set up at Bar Pink. I caught Castellanos and the Cocos in the lobby at Copley Hall a couple months back — the jazz-piano tribute show — and, damn, they are fiery fun. I also got an interview with Mrs. C. sitting in my inbox from our jazzman Robert Bush that’s ready to publish, so be sure to look for that in the June 2 issue.... Else: U.K. hardcore vets Anti-Nowhere League visit Soda Bar behind this year’s record, The Cage. Our own old-school street-punk Sculpins set it up...Oaktown indie-pop four-piece Trails & Ways plays from their latest Pathology at the Hideout after the End...while internet hit and head “Nerdfighter” Hank Green does his thing after wizard-pop band Harry & the Potters at the all-ages Irenic. 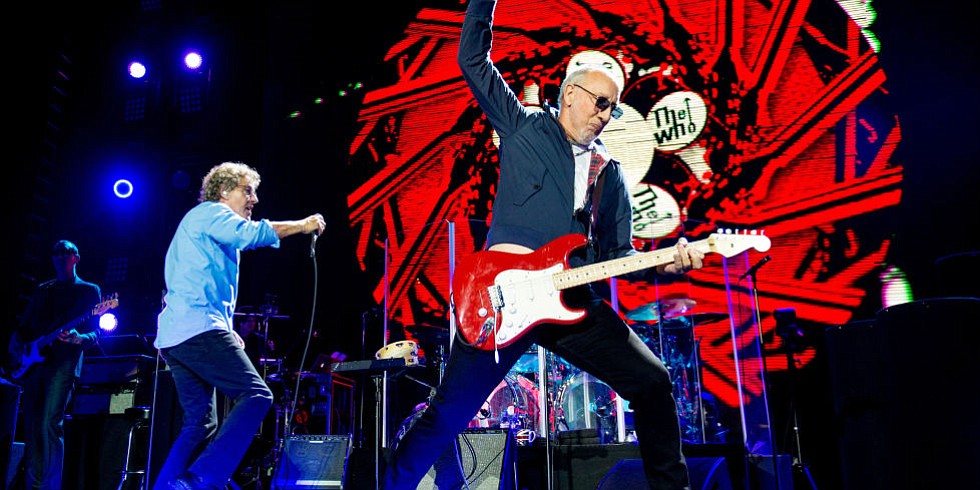 British arena-rock band the Who will rock our Valley View Arena Friday night!

Friday 27
Fifty years on and the kids are still alright! English arena-rock band the Who put their own Union Jack–styled stamp on the British Invasion aligning with pop art and the mod movement and filling today’s classic-rock radio with some of the era’s most relevant songs — “My Generation,” “Won’t Get Fooled Again,” “Who Are You,” to name an airtight three of the dozens — most of which you’ll hear at Valley View Casinorena, as the band moves away from their earlier conceptual tours revisiting Quadrophenia and Tommy to play the hits. “The Who Hits 50!” hits town Friday night. U.K. tourmates Slydigs set it up.... Best of the rest on Friday finds art-pop maestro Gary Wilson and his Blind Dates headlining sets by JJUUJJUU and Mantra Love at Bay Park bar Brick by Brick...Detroit’s horror-core hip-hop duo Insane Clown Posse rides into House of Blues to uncork one of their classics, Riddle Box...German techno trio Moderat’s at Observatory North Park behind this year’s disc III...and old-school hardcore hits the Casbah, as the Middletown mainstay exhumes Canada band D.O.A. as well as San Diego’s own Executives and Social Spit. The punk-rocking Records with Roger will be at the decks between sets. 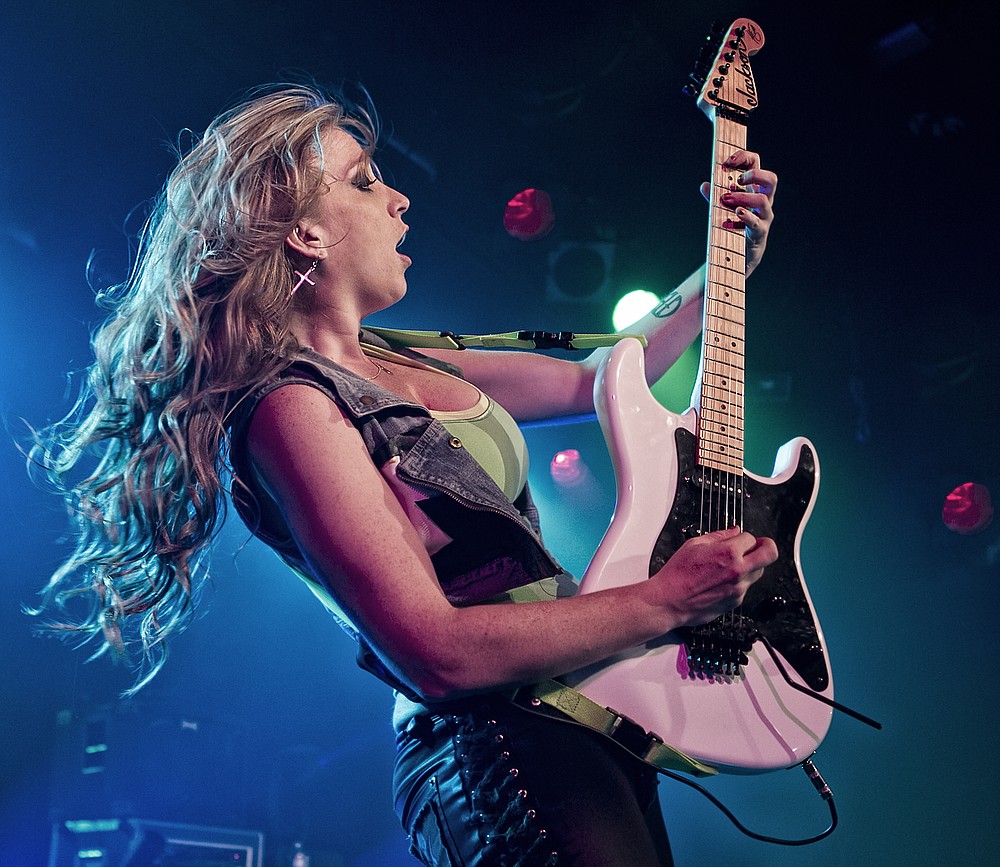 Saturday 28
“Bruce Chickinson” and her Iron Maidens join Bay Area prog band Points North who will rock their Rush alter-ego Fred Barchetta in a tributes bill at Brick by Brick. Saw both these acts by accident several years ago, and now when I go, I go on purpose. If you’re into Maiden and/or Rush, you will not be disappointed.... This Saturday night, however, I’ll be rocking to onetime San Diego band Upsilon Acrux (now based in L.A.), which will headline sets by Asheville, NC’s math-rock duo Ahleuchatistas and our own INUS (ex-Innerds) at the Hideout. Listening to Upsilon’s latest, last year’s Sun Square Dialect, is like listening to two heavy-prog bands brainstorming. (The Upsilons have two of everything.) What separates this disc from previous Upsilon efforts is the downtime “grooves” that take the foot off your neck and allow you to relax between attacks of frenetic guitar jousting and double-drum pummeling. Bring your bobblehead to this one.... Saturday also has Le Chateau, Wages, and @quarium filling a local indie billing at North Park hot spot Bar Pink...House of Blues hosting something called “Totally ’80s Live” featuring Bow Wow Wow and Missing Persons...and speaking of that delightful decade, Solana Beach bar Belly Up stages ’80s apers Spazmatics and Betamaxx.