What’s that in the water? 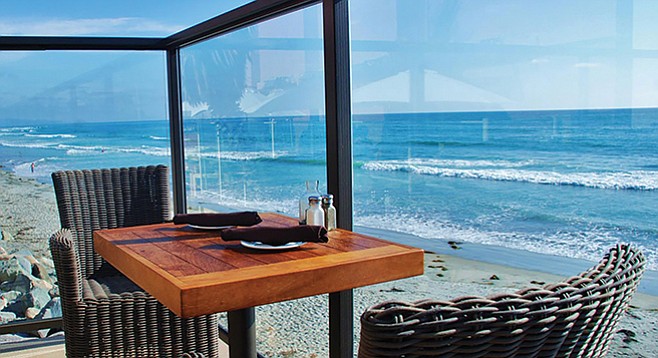 Around 5:15 p.m. on May 6, my wife called me from Cardiff beach. For the past 30 minutes, she’d been watching two whales off Seaside past the surf break, bobbing up and down and playing around. By the time I arrived, the whales had moved north, in front of the Chart House restaurant.

Jon Cohen and his teenaged son Aidan were paddling around in their kayak, into the San Elijo Lagoon and back out past the breakers. Just past the breakers, Aiden asked his dad, “What’s that in the water?” thinking it was the reef or a big rock. Then they saw the fluke come up just ten feet from their kayak. And then the whale surfaced and blew its spout. A pod of dolphins circled around the whales.

“I’ve been to San Ignacio [a lagoon in Baja where migrating whales congregate in the winter] and seen the whales,” said Jon. “But I’ve never seen one pop up in front of me this close.”