Poised to burst into flame 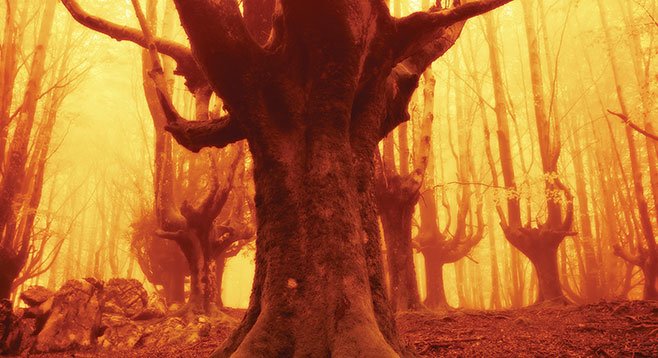 In the chaparral-covered hills east of San Diego, Saturday, September 26, dawned a burnt orange. At 6:15 that morning, the first day of deer-hunting season, two hunters reported a fire to two Forest Service men at the Kitchen Creek hunter’s station. By September 29, what became known as the Laguna-Kitchen Creek Fire had burned 185,000 acres. Its borders stretched west to El Cajon, Spring Valley, and Lemon Grove, and south past the Sweetwater Reservoir almost to Chula Vista. At the fire’s height, it burned 4000 acres per hour and moved 32 miles in 30 hours. 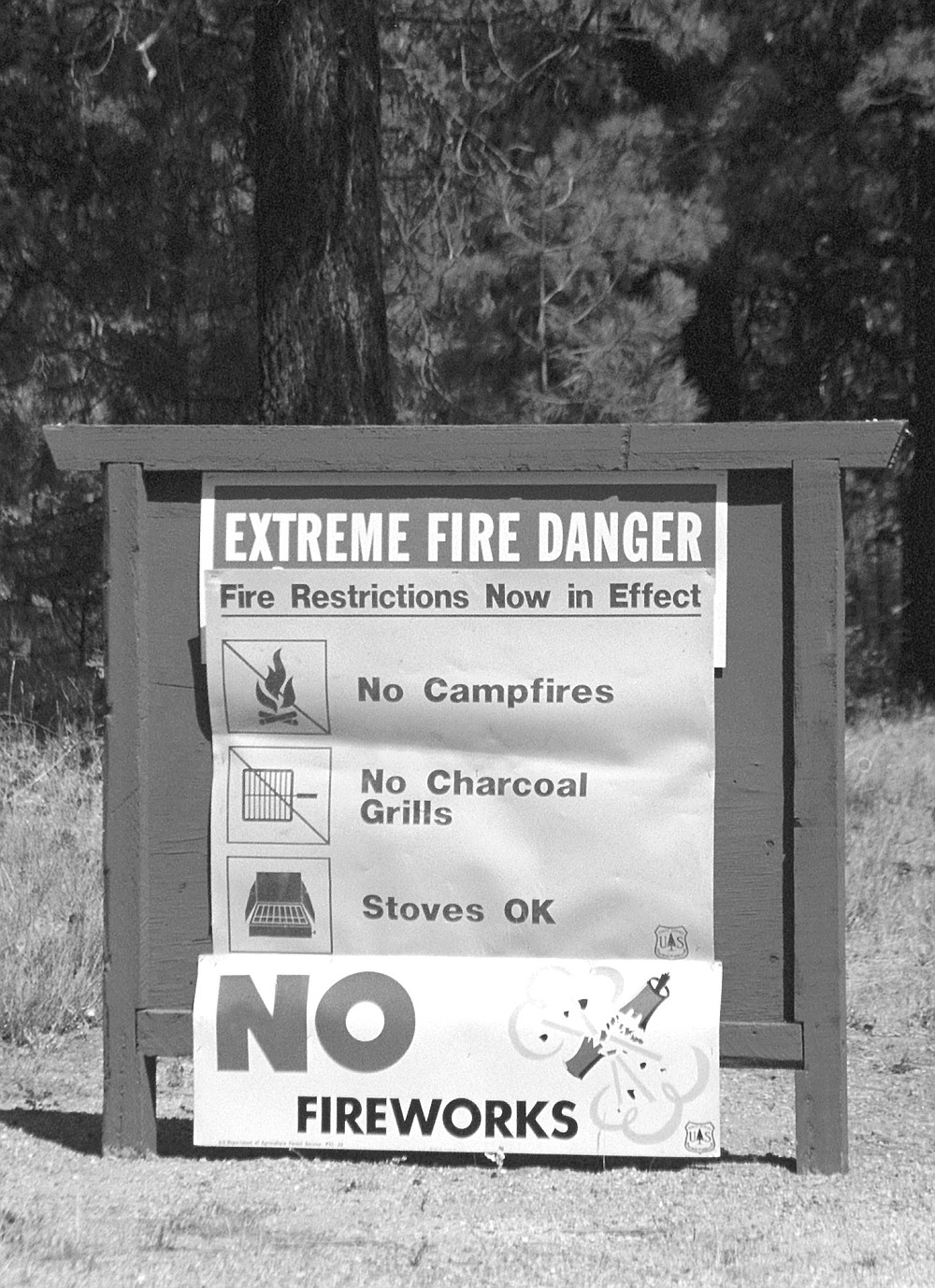 Mt. Laguna, Cleveland National Forest. Last year Jim King, a firefighter from Ramona, was arrested for arson. "I gather all the first-year firefighters in a room and warn them of all the great ways to end their careers -- primarily sexual harassment and arson. Jim King never heard my speech."

"I gather all the first-year firefighters in a room and warn them of all the great ways to end their careers — primarily sexual harassment and arson. Jim King never heard my speech, and that was the first incident of firefighter arson I ever heard of in my career. We were suspicious when we had a couple of fires break out near one of our fire stations last summer, and we immediately placed the vicinity under surveillance. That came to a conclusion a few months ago with a conviction and a prison term of three years." King had no criminal record when he was hired as a firefighter. 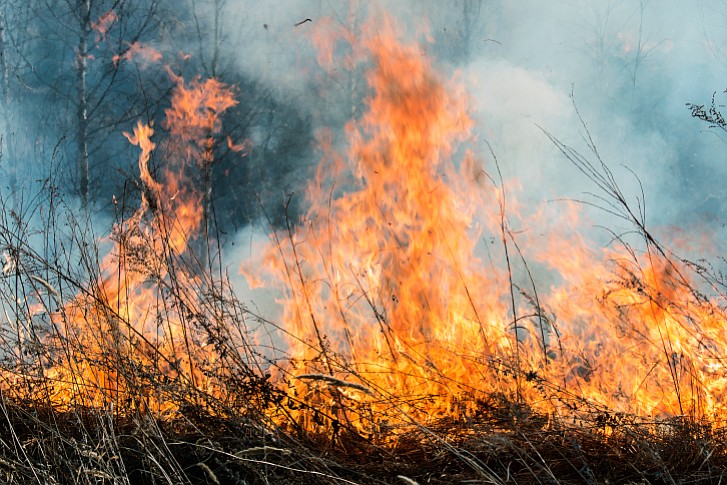 I left Johnny to his moaning on the living room floor and stepped out the front door into the cool morning air. The acrid aroma of brush-fire smoke burned my nose. Tiny ash flakes fluttered from the sky. I knew a fire had been burning inside Camp Pendleton for a good part of the week. This seemed closer. 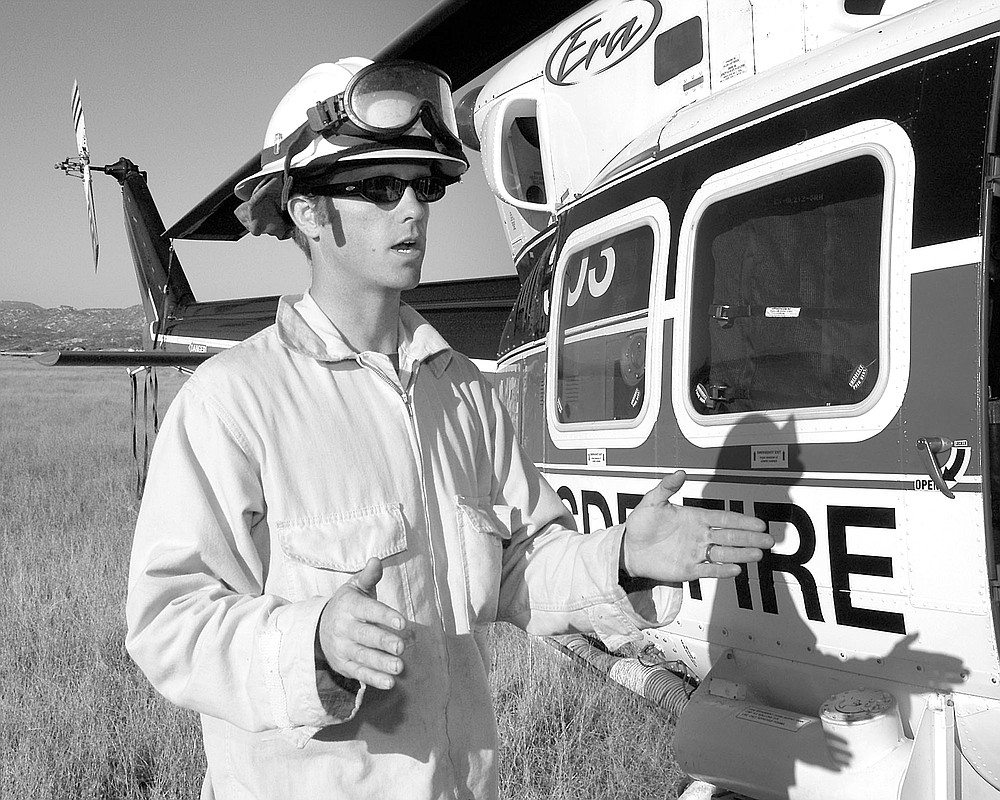 Jed Burt: "We finally found a spot where we could set down that wasn't in the path of the fire, and they set it down, dropped the crew off, and went straight to the water draft" -- a pond in Cameron Corners -- "to try to keep it from jumping the border."

It Would Turn You To Toast

Pete Scully, a battalion chief for the California Department of Forestry's fire protection agency, stands next to his camper-shelled pickup truck at a Highway 94 turnoff east of where Campo Creek turns south into Mexico, about halfway between Campo and Potrero. The hill looming on the south side of the road is completely blackened, the aftermath of a wildfire that roared through this area the day before, Monday, September 13. "We could see the smoke, and we could see it was in Mexico. So I held off on the [large-scale] dispatch." 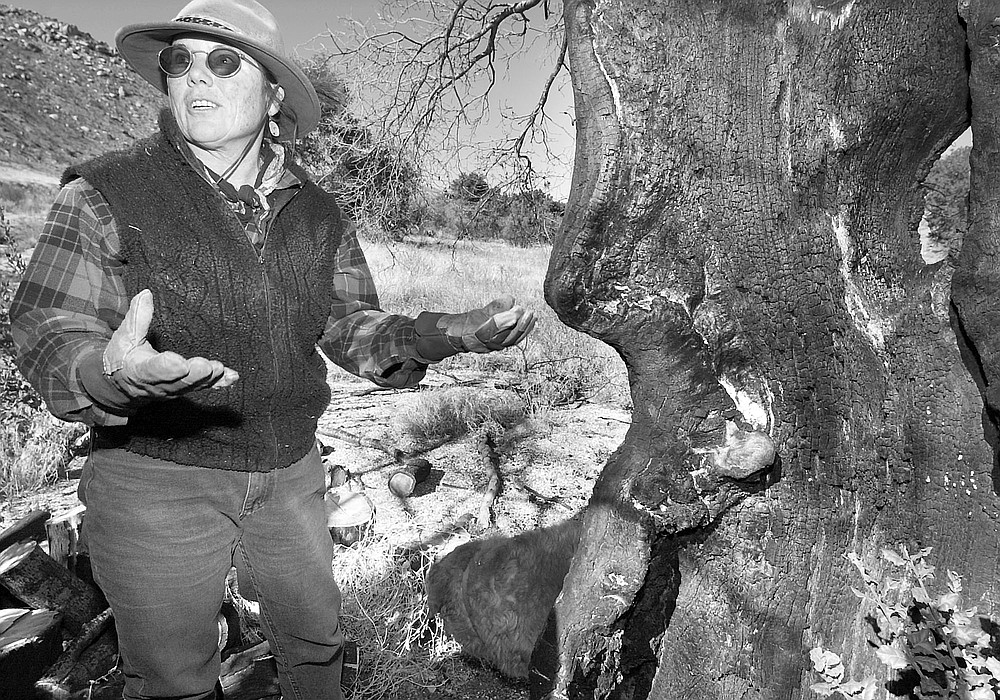 Sally Snipes: "I was in a funk for six months because of the black. Everything was black."

Wait six months. That's the message native vegetation experts seek to convey to backcountry landowners itching to replant and reseed the scorched shrubs and wildflowers and cut down the blackened trees on their properties.

Sally Snipes understands the urge to do something about the dreary black landscape. In August of 2002, the Pines fire blew through the property she inhabits in the San Felipe Valley below the north slope of Volcan Mountain. "It was just toast," she says of the 69 acres studded with live oaks and sumacs next to San Felipe creek. "I was in a funk for six months because of the black. Everything was black." 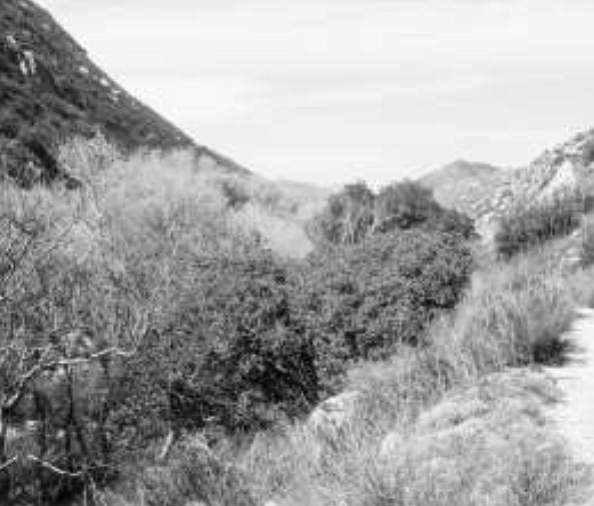 Hauser Canyon. “I wondered if my legs were burning off. It was the most painful thing I ever suffered."

Around 10:00 a.m., a lookout on Los Piños Mountain spotted white smoke in Hauser Canyon. A closer lookout, on Lyons Peak, reported heavy smoke. Since war had made manpower scarce, a fire-suppression crew from Descanso Ranger Station and 18 inmates from Camp Ole raced to the canyon. Later, Jack Ewing, director of operations for the U.S. Forest Service, called Camp Pine Valley and Camp Lockett for assistance. At 12:29 a convoy drove 113 Marines east on Highway 80. Many stood in open truckbeds, whooping and hollering.