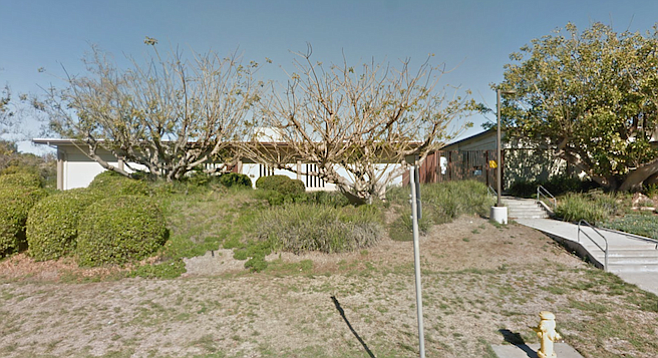 Warkov, whose teenage daughter was sexually assaulted by a classmate while attending a public school in Washington, released a statement in response to a now-closed federal investigation of San Diego Unified School District over its handling of student-on-student sexual assaults at Green Elementary in 2013.

Those allegations resurfaced, as reported by the Reader, after the district's lead investigator, Michael Gurrieri, filed a lawsuit against San Diego Unified for firing him after he claimed to have found evidence that the San Carlos elementary school's principal had been drinking on the job and failed to properly investigate a number of sexual assault complaints.

According to the lawsuit, the investigation began after parents of a kindergartener complained that a student had forced oral copulation on their son in a bathroom in May of 2013. Gurrieri said he later discovered that Green's former principal, Bruce Ferguson, who has since been transferred to another position, had buried the complaint and others. In January 2016, attorneys for San Diego Unified said the firing was justified and that Gurrieri was unable to fulfill his job requirements.

Around the same time the lawsuit was filed, federal investigators began to look into the matter.

As reported by KPBS affiliate Inewsource in a May 6 article, federal investigators have since closed the investigation after district officials admitted mishandling the complaint. As part of the agreement, the district has implemented new training guidelines to ensure similar lapses do not occur.

News of the federal investigation and allegations from Gurrieri questioning San Diego Unified's handling of sexual assault complaints have drawn the attention of student-rights activists such as Warkov. 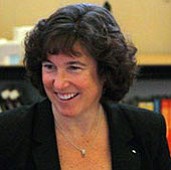 "The district's response to the Title IX complaint that warranted a U.S. Department of Education investigation is deeply disturbing," wrote Warkov in a May 7 statement. "...I call on [superintendent Cindy Marten, and San Diego Unified trustees] to implement a campaign to educate students, families, and all stakeholders about gender-based discrimination, unwelcome sexual touching, sexual harassment, and sexual assault."

Warkov requested that the district ensure that all teachers and staff are properly trained to follow federal laws when looking into reports of sexual assault and/or harassment on public school campuses.

Why is is that I, and others, immediately conclude that if any controversy involves the SDUSD, the district mishandled it? The answer is that the slobberin' school district has done so many things wrong for so long that we have to conclude it can't do much or anything correctly. Ever.

Based on what we've seen from her so far, I wouldn't expect much from this superintendent. It is impossible for me to recall just when the district had a strong "supe", one who could be counted upon to do the right thing. Trustees come and go--sometimes under a cloud--and yet the headquarters on "Normal Street" keeps on chugging along with its abnormal output.

The inmates run the asylum. School administrators and administration staff live in an alternate world where they see nothing, hear nothing and do nothing.

Alex, there may be an alternative way to look at it. We have many subcultures within society, and public schools are one of those. If you get a glimpse into it, much of what they do--and more important, don't do--seems perfectly logical.

There is a law on the books in this state that requires anyone employed by a school district--including the teachers of course--to report "each and every" case of even-suspected child abuse, whatever the kind, to higher authority. So, where was the teacher in this instance? It involved a kindergartner, for pity's sake. Yet it was the parents who complained, apparently the teacher neither saw, heard, or said anything.

EXACTLY Visduh! There is a serious flaw in the mandated reporting law systematicallt speaking. The fines and jail times threatened as a teachers failure to report suspected child abuse is just that a threat...albeit a threat that never is made good on. There are no real consequences for educators who do not perform their legal duties and the school diat t icta legal teams capitalize on this loophole to stall the timelines and worse fail to investigate such incidences as strategy to gather their own misguided evidence to decrease liability in potential lawsuits. Failing the victims and their families horribly!