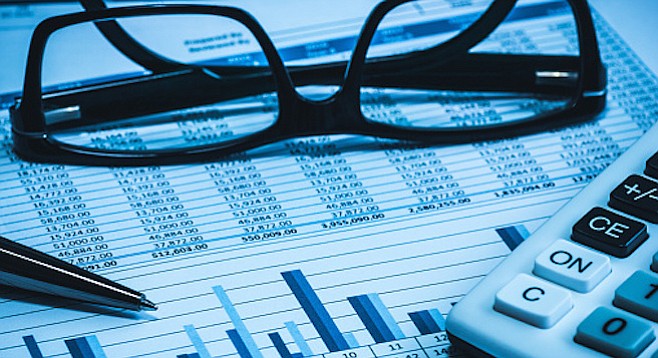 Regarding next year's budget, there's some good but mostly bad news for Civic San Diego (the nonprofit agency that manages the dissolution of San Diego’s redevelopment agency and performs planning and permitting duties in downtown and surrounding communities).

Good news first: budget estimates predict the agency will receive a $258,000 hike in revenue compared to this current year's budget; that amounts to a 3.3 percent increase.

On the other hand, in recent months, officials from the state's Department of Finance denied the agency's request for a $1.8 million increase in property-tax revenues to pay administrative costs.

Civic San Diego's dependence on revenues from redevelopment property tax to pay for rising administrative costs poses a problem, says a May 6 report from the city's Independent Budget Analyst:

"The preliminary determination letter from the State Department of Finance denied [the $1.8 million in] funding for project management costs. If these costs remain denied in the final determination, Civic San Diego will likely have to scale back its operations accordingly."

Questions of how Civic San Diego should generate revenues to pay for salaries and overhead have been raised in recent years.

In 2015, Civic San Diego boardmember Murtaza Baxamusa sued the agency for what he claims are inherent conflicts of interest created in Civic San Diego's dependence on revenues it generates from issuing permits and managing planning services for downtown and surrounding neighborhoods.

Also, residents have accused Civic San Diego and the city of keeping financials from the public. As reported by the Reader, the agency and city have failed to conduct thorough and detailed financial audits after the close of each fiscal year. Instead, according to a Department of Finance employee, Civic San Diego's and the city's annual reports reveal a fraction of the total fiscal picture.

San Diego's Independent Budget Analyst is also concerned about what appears to be conflicting budget numbers for this coming fiscal year.

"The budget presented to Civic San Diego’s board on March 23, 2016, included $8.1 million in expenditures and $8.1 million in revenues. Each of these amounts is roughly $390,000 higher than they are in the budget that was submitted to [city council]. Council may wish to inquire as to the reasons behind these changes."

On May 10, city-council members will discuss next year's proposed budget and review the Independent Budget Analyst's concerns regarding Civic San Diego.

Todd Gloria should know all about this since he not only worked with the North Park Redevelopment Project Area Committee (NP-PAC) before running for City Council but he was on the City Council when the State made it easy to strip the money from North Park and give it to Downtown folks to spend as they wished, when it had been dedicated to be spent in North Park.

Then there is the sale of NP-PAC assets like the NP Theater which got sold real fast at a low price only to be sold again at a much higher price in what many in NP think was an inside deal!

We deserve a full accounting of how this tax increment money was delt with year by year, since it represents mega-millions that have been hidden from the public.