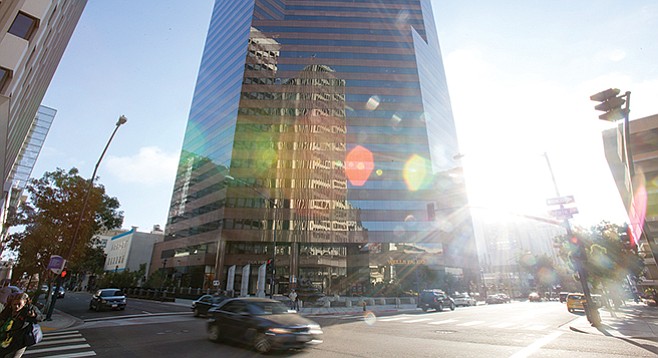 If left to the city and Civic San Diego — the nonprofit agency that manages the state-mandated dissolution of San Diego’s redevelopment agency — those questions may remain unanswered.

Since the dissolution of redevelopment agencies occurred in 2012, San Diego’s city officials and Civic San Diego staff have kept detailed financials from seeing the light of day. Instead, the annual financial reports provide only a fraction of the picture.

To see the whole picture, residents and elected officials compile documents to try and track payments made, this just for a brief glimpse into the dark chasm of San Diego’s former redevelopment agency.

Safeguards are in place. San Diego chooses not to follow them.

The law is clear

California’s Health and Safety Code 34177(n) requires successor agencies to create “a post-audit of the financial transactions and records of the successor agency to be made at least annually by a certified public accountant.”

It’s a law that San Diego’s Successor Agency, says an employee from California’s Department of Finance, appears to not be following. “The post-audits were initially envisioned as a continuation of the annual audited financial reports that [redevelopment agencies] had to compile prior to dissolution, and which formed the basis for the [successor agencies’] annual reports on [redevelopment] activities,” wrote the employee.

Neither the City of San Diego’s Comprehensive Annual Financial Report nor Civic San Diego’s annual financial audits qualify, says the staffer. “I checked the Civic San Diego audited financial statements.... [They] do not reflect the totality of the Successor Agency expenditures. San Diego has enforceable obligations in excess of $120 million per year from property tax revenue alone, and the financial statements only account for a few million dollars.

“This leads me to conclude that Civic San Diego is reporting only its internal operating expenses from all fund sources, and is not including [the Recognized Obligation Payment Schedule] expenditures. I also checked the San Diego [Comprehensive Annual Financial Report] and it’s a similar situation. It appears to show only those Civic San Diego activities that are funded by the city, not the totality of all Successor Agency expenditures.”

Concluded the finance department staffer, “In this case it sounds like San Diego may not be performing the annual post-audits as mandated by statute.”

But there’s a sticking point: the law does not require successor agencies to submit the audits to the Department of Finance. It is left to the city to comply.

To say the wind-down of California’s Redevelopment Agencies is complicated is an understatement. In 1951 state legislators approved diverting portions of property tax revenues to local taxing agencies to eliminate blight and rehabilitate residential and commercial zones. Billions of dollars flowed through the city’s redevelopment agency.

In 2012, governor Jerry Brown ended redevelopment agencies. But redevelopment tax dollars, now referred to as Redevelopment Property Tax Trust Fund, continues to flow and is used to pay off the agency’s debt and to complete unfinished projects.

Of that money, the nonprofit Civic San Diego will receive $3.8 million for administrative costs. And because Civic San Diego and the Successor Agency are not ready to begin some projects, $36 million is diverted back to school and other taxing agencies, leaving $104 million for pre-approved projects.

But what safeguards are in place to ensure the money is spent properly?

That is the hundred-million-dollar question.

While the Department of Finance decides which project can be funded with redevelopment tax dollars, there is little oversight. As a safeguard, the law requires successor agencies to conduct post-audits of all revenues and expenditures.

Since 2011 there are examples where the numbers don’t add up. 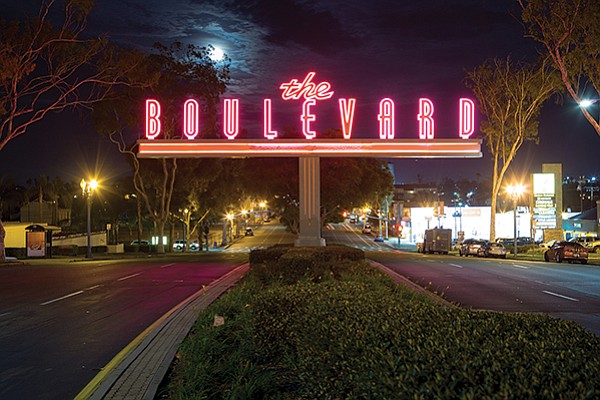 In July 2012, acting as San Diego’s Successor Agency, city-council members approved allocating $565,000 to rebuild and replace sidewalks on El Cajon Boulevard. The following year, the Successor Agency allocated an additional $565,000. In 2014, for an unknown reason, the redevelopment project number changed and another $565,000 was apparently set aside to complete the project.

In May 2015, city-council members approved using $1.2 million to fund the project, leaving a remaining $495,000 with no explanation as to where it went.

Tracing those payments is not easy. 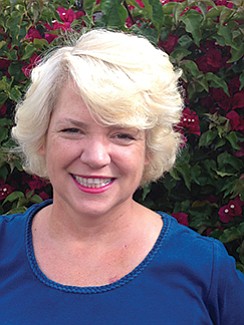 Longtime homeless advocate Katheryn Rhodes guesses she spends 50 hours a month tracking Civic San Diego and San Diego’s Successor Agency’s payments in hopes of convincing the city council and the mayor to take action and spend the money to meet the original goals of redevelopment agencies, which was to help San Diego’s poor and disadvantaged communities.

Having post-audits that detail revenues and expenditures as required by state law would help Rhodes and others do just that.

Getting the city and Civic San Diego to cooperate is the hard part.

“Civic San Diego staff, with the backing of city attorney Jan Goldsmith, routinely gives false information to city council, who then are asked to make decisions without all the facts,” says Rhodes.

“Currently there is no oversight of Civic San Diego staff related to the Successor Agency. They literally make up laws as they go.”

The city, however, says they are in compliance and have not heard anything different from the state.

“The City of San Diego has complied with the requirements of the redevelopment dissolution laws and has worked to ensure an orderly wind down of the activities of the former Redevelopment Agency,” wrote Katie Keach, San Diego’s interim communications director.

“The annual post-audits of the Successor Agency have been conducted consistent with the requirements of CA H&S Code section 34177(n) and the information from those audits is contained in the Comprehensive Annual Financial Report of the City of San Diego which is made available to the public on the city’s website. The dissolution laws do not require the creation of a separate post-audit report, and the City believes the incorporation of the Successor Agency’s post-audit information into the City’s [Comprehensive Annual Financial Report ] is consistent with the intent of the dissolution laws.”

Lisa Schmidt, communications director for councilmember David Alvarez, said Alvarez was not aware of the requirement. “Councilmember Alvarez has not made this request in the past but will specifically ask for this during upcoming budget hearings in May.”

Rhodes believes there is more to the story. “The only winners are city and Civic San Diego staff who use hoarded funds for extra administrative expenses and higher salaries and benefits outside the budget process, and the holders of the former [Redevelopment Agency] bonds some of which were privately placed.

“The solution is comprehensive full disclosure of all financing, revenue, expenses, assets, liabilities, and cash reserves, with no exceptions.”

Well then. If we really knew the numbers, maybe we would see there is plenty of funding for necessary repairs in Balboa Park as well as city streets and other infrastructure.

But I guess it is much more fun to have hidden stashes of money tucked away from the public.

Honestly--and I say that without sarcasm--can we please get some reasonable action from our elected leaders?

Can we please get some honesty?

Or would the hidden funds be already allocated to private bank accounts?

Any theft over $950 or vandalism over $400 done by an individual is a felony.

But get together your friends to do both--so long as some are in government--and hundreds of millions can be pocketed scot-free.

To any elected San Diego Official:

Please request a State Audit by the Department of Finance (DOF) for the Successor Agency (SA) and Low Moderate Income Housing Asset Fund (LMIHAF). Both Controlled by the private Civic San Diego.

Katheryn, I really don't understand why you don't file a lawsuit to demand the info you need. Your Sisyphean efforts outside of court will never reap results. The only way to force honesty and and legal behavior in Jan Goldsmith's kingdom is to lower the sword of the law on him.

Agreed. However City Attorney Jan Goldsmith stated he will sue individuals who file frivolous complaints. And if Goldsmith wins, he goes after individuals for the City's excessive Legal Fees. Therefore, individual citizens should not sue the City, and should try to get non-profits with little assets to sue instead.

For example, in the lawsuit from Park and Recreation Employee Stacy McKenzie against former Mayor Filner which was lost, the City Attorney stated he will go after the Ms. McKenzie for his legal costs.

The easier solution would be for the City Council to do their Fiduciary duty and not approve the annual CAFR without complete financial information.

With SB-107 approved in September 2016, the County Auditor Controller (CAC) is tasked with Auditing the City of San Diego Successor Agency/LMIHAF.

The North Park Redevelopment Project Area Committee (PAC) had lots of money and income because their Board was forward thinking. We deserve to see an accounting of our funds and learn exactly where the money now is, along with the money that is now being made by the NP Parking Garage, that is now earn a profit.

There were also debts owed by the NP Red. PAC and those debts are to the best of my knowledge still unpaid.

Simply put we had our money "Stolen" by the City that took our funds (that were supposed to improve NP, not just be added to the City coffers, and everyone including our elected Officials just looked the other way!

Todd Gloria needs to set the record straight and tell us where all the NP PAC the money is, who now controls it, and most importantly why it is not being used for the purpose it was designed, which was to make NP a better place to live!

Dorian — Please ask each elected Official, on the record, what they know about the money, so that we can expose this "theft" of public funds, which has been repurposed for things that it was never intended to be spent on, thanks to our City Council and Mayor (whoever they may be, past or current) that pulled a fast one!

For God so loved the world that he did not send a committee or a form a commission. Sounds like smoke and mirrors created by political operatives. What could go wrong there?

As the old saying goes: "A camel is a horse designed by a committee." --Alec Issigonis