"It is important for our children to understand the sacrifices that were made by our troops." 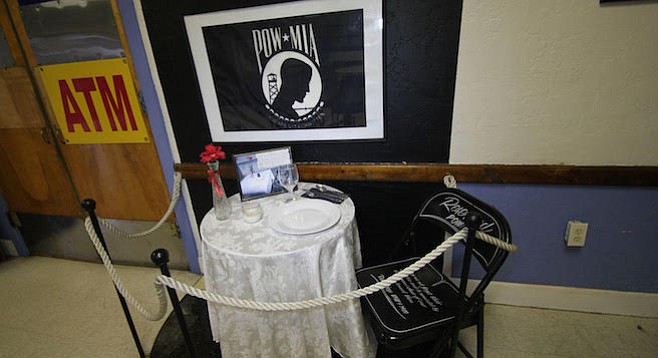 Fifty years ago, many American servicemen who fought in Vietnam returned home to a country of discontent; some were spat at, others tormented, and many advised not to wear their uniforms in public.

Unlike World War II veterans who were welcomed home with ticker-tape parades, many who fought in Vietnam never received a “thank you.” 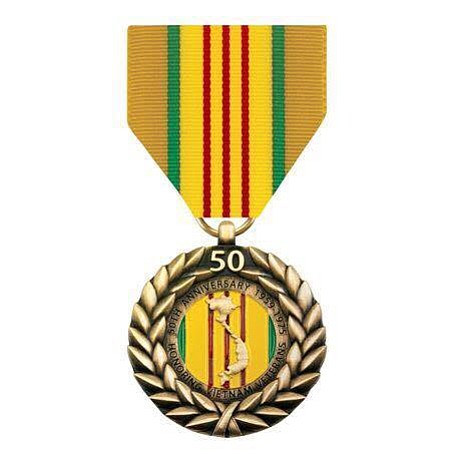 On April 30, commander Miguel Alatorre pinned a 50th Anniversary Commemorative Medal on each Vietnam veteran who came into the Don Diego VFW (Veterans of Foreign Wars) Post 7420 in Logan Heights.

“They never got a welcome home,” Alatorre said. “What a lot of people don’t know is that the G.I. Bill and the advancements with the V.A. have been done because of the efforts, push, and lobbying that the Vietnam veterans did.”

Despite Alatorre being born at the tail-end of the Vietnam War, he has never forgotten what the troops endured overseas, but more so, back home in the U.S.

“In 2005, when I got off the plane during my first tour [of five in the Middle East] on leave, the first guy to shake my hand was a Vietnam veteran,” Alatorre said.

Three years later, in 2008, the National Defense Authorization Act authorized the secretary of defense to conduct a program to commemorate the 50th anniversary of the Vietnam War.

At approximately 7:30 p.m. on April 30, over 35 servicemen from different branches of the military who fought in Vietnam were treated with the “welcome home” party that they never received. 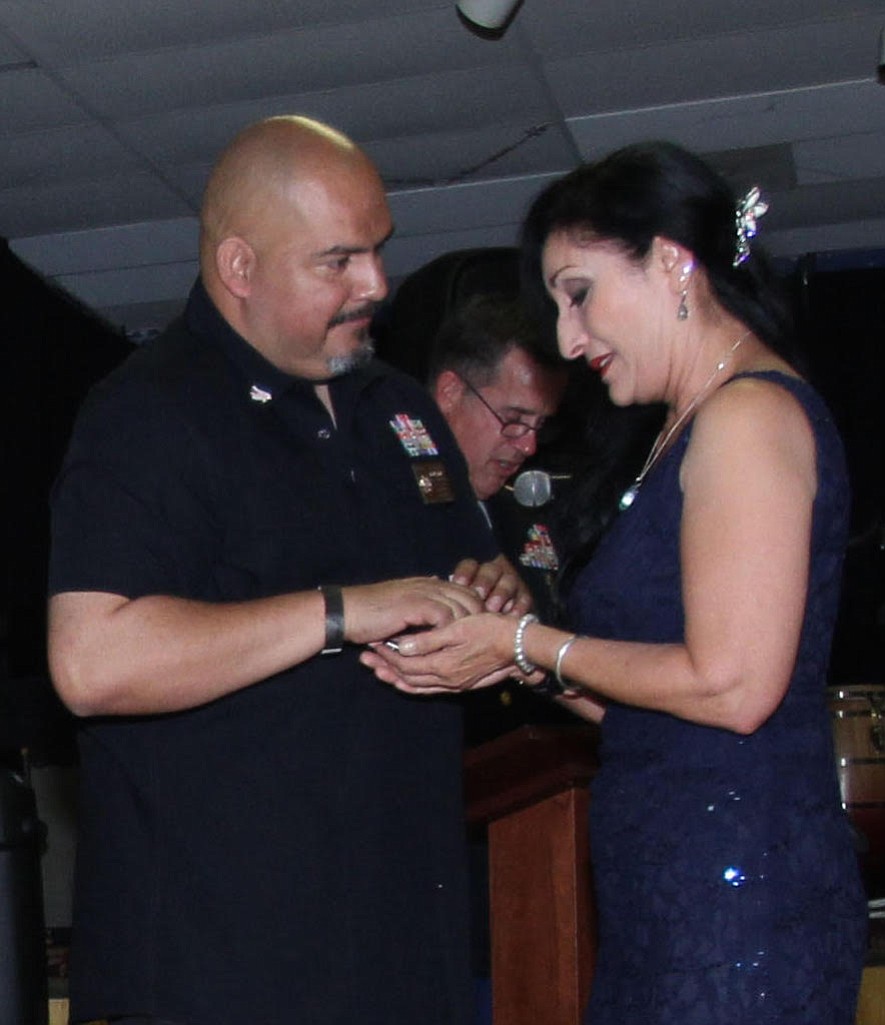 Sara Sandoval, the president of the auxiliary at the Don Diego Post, recalled her husband’s reply to a then-Vietnam War protester: “I was over there so people could protest and have the freedom to do that,” Raul Sandoval once said.

Sara received a medal for her husband’s service in the Army; he passed away in 2012 due to ailments brought on from exposure to Agent Orange. Sara said he died shortly before the establishment of the veterans’ memorial in Chicano Park, which he helped bring to fruition.

The servicemen and their family members were greeted by a photographer in front of a banner similar to the ones used at the Grammys, but instead of sponsors, logos of the branches of the military and groups were represented.

By the entrance sat a roped-off empty table with a plate, silverware, candle, and a rose. A black chair was next to it, airbrushed, “Reserved POW/MIA [Prisoner of War/Missing in Action]."

“It’s bittersweet,” said Army veteran Richard Fierro. “I feel bad for the guys from Logan Heights who didn’t come back.” 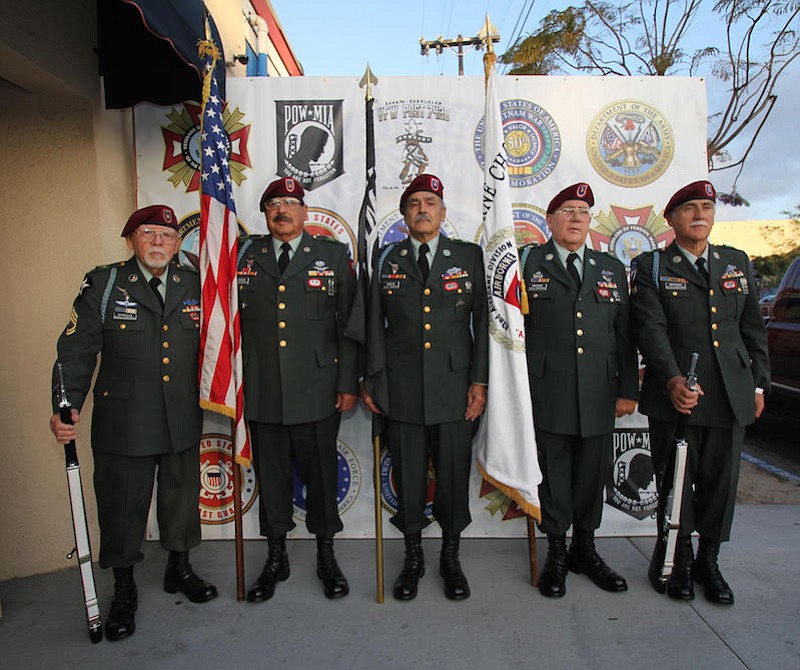 A buffet-style dinner was served: roast beef, chicken, BBQ beans, salad, and bread. Drinks were provided by a full bar, where many toasted shots of tequila to the ones who had died.

After dinner, a Presentation of Colors by the 82nd Airborne Color Guard was presented, followed by the singing of the national anthem by Ali Garcia.

The pinning ceremony lasted about an hour. Every serviceman present (or his representative) who served in Vietnam received a certificate and a 50th Anniversary Commemorative Medal sent to Alatorre by the U.S. government. Some of the medal recipients

The night ended with lots of spirits and dancing to music provided by the B-Side Players and DJ Wicho.

“Whether you fought in the Vietnam war or [were] against it, or too young to be affected or shaped by it,” Alatorre said, “it is important for our children to understand the sacrifices that were made by our troops in Vietnam.”

Honor to all American Veterans. Hope for no more unwarranted wars.

Our politicos have learned nothing from the Viet Nam fiasco. We continue to stick our noses in places that we can never change and enter into "interventions" that can not be won. All the lives lost in Viet Nam and so far in the middle east were and are for nothing. Wasted lives and treasure for a zero gain.