...and a couple of medals to its expanding universe 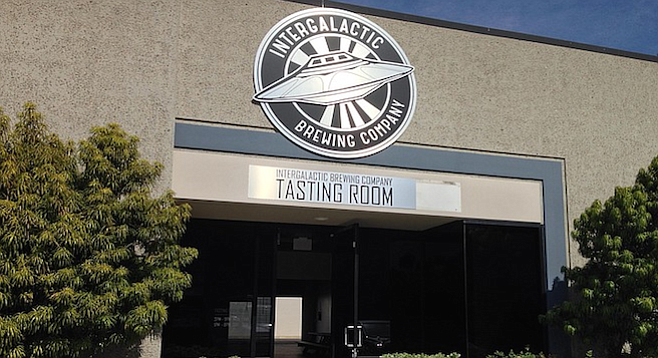 Miramar beer company Intergalactic Brewing has had an eventful month. Fresh off winning ten medals at the Los Angeles International Beer Competition, it's picked up another two at the San Diego International Beer Festival. In the meantime, the sci-fi friendly brewery launched a new tasting room — part of an incremental growth strategy the nano brewery hopes to see through to microbrewery status.

Owner and head brewer Alex Van Horne started Intergalactic in 2013 with a half-barrel brewing system in a single industrial park suite. In 2014, the brewery added space and increased to a three-barrel system with a 500-square-foot tasting room. In April, Intergalactic moved into a new 1500-square-foot tasting room across the parking lot from its Carrol Centre Road brewery. 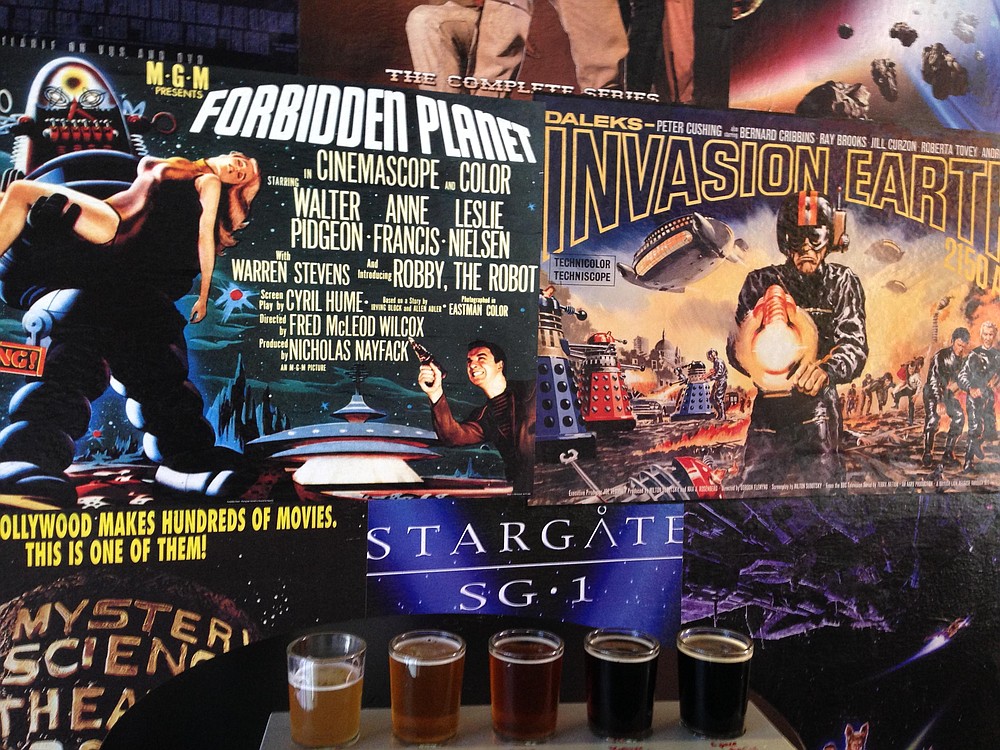 A taster flight of beer at Miramar's Intergalactic Brewing, which has affection for sci-fi flicks.

Intergalactic produced just 240 barrels last year, and Van Horne says he'll replace the old tasting room with a bigger cold box so he can optimize production capacity. "We can do up to about 400 barrels with what we already have," he explains, "we just didn't have the cold storage space to store the kegs for that much beer."

If the new move proves profitable, he hopes to expand again, enough to grow to 1500 barrels a year, then potentially opening a location elsewhere in the county. "It could be a brewery and tasting room," he says, "or it could just be a tasting room, depending how things go in the next year, year and a half."

Chance of this should increase as Intergalactic continues to win medals. Its Shut Up Wesley Wheat has now won gold in both Los Angeles and San Diego, and ten other beers earned hardware. Still, Van Horne stays humble, pointing out that he simply submitted all 20 beers he had on tap the day he entered the L.A. competition: "If you throw enough darts at a wall you hit sometimes."

He's entered more than a dozen beers each of the past three years, turning the judges' tasting notes one year into wins the next. In 2014, Intergalactic won a single medal in L.A. Last year it took eight, and now ten. "It's reaffirming," he acknowledges, "Somebody didn't hate our beer, and some judges said they really liked it — blindly, so they have no bias." With a mock villainous laugh, he also admits there's added pleasure in beating larger, well-funded, highly acclaimed breweries: "It's always fun to see your name on a list…and something like Firestone Walker is right below you."

That happened in Los Angeles, as Intergalactic's Red Shirt #30 beat out the Paso Robles brewery's GABF gold-winning DBA in the Bitter category. Intergalactic has made 47 Red Shirt beers and counting — a reference to red-uniformed extras on the original Star Trek show, who rarely returned alive from expeditions to an alien planet. Usually these single-batch beers don't earn a name or a place in Intergalactic's regular lineup. But if they win a gold medal? "They get a spot," Van Horne says, "they got off the planet before it blew up."