Readers weigh in on the presidential candidates 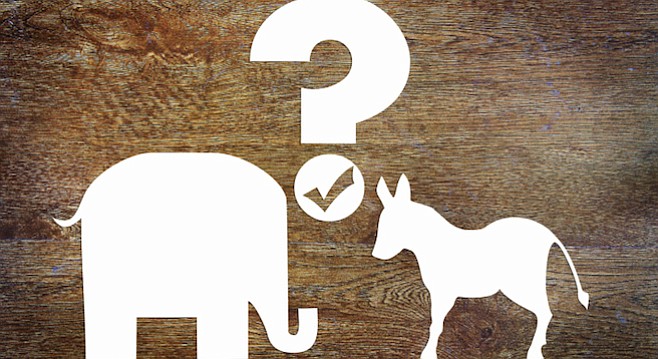 Thank you for highlighting the absurdity of the 2016 Presidential follies. Instead of voters casting ballots for the candidates, Hollywood should be casting them in a Three Stooges movie with Bernie Sanders as Moe, Hillary Clinton as Larry, Ted Cruz as Shemp, Donald Trump as Curly, and Marco Rubio as Curly Joe.

Out of a quarter billion people, are they really the best we can do? 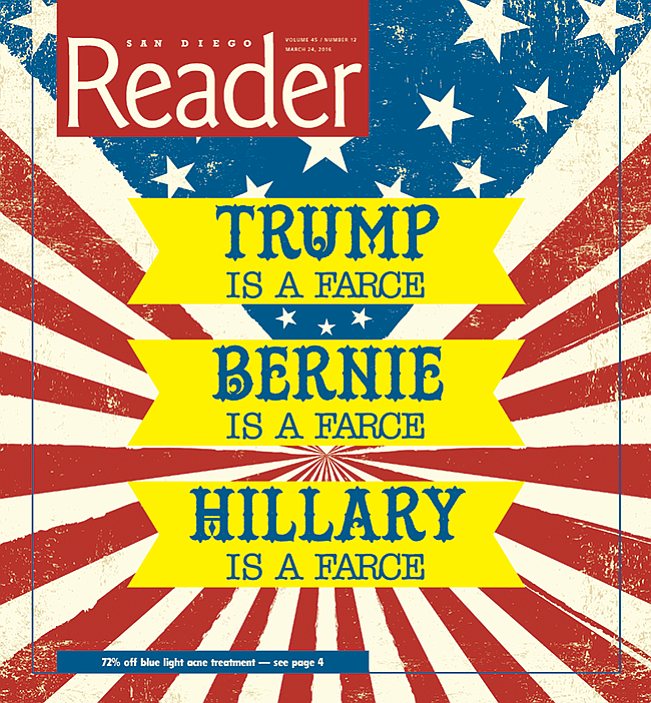 Who is the least terrible?

The Decline of Western Civilization

What have you been doing, reading my mind? I pick up a copy of your March 24th issue and what do I find? I find your front page announcing what I was beginning to feel was an awareness that seems to totally escape most of what’s left of we Americans. What I saw, of course, was the colorful proclamation that Trump, Bernie, and Hillary are all one big farce.

There it was. And even though many of those you interviewed don’t seem to know what is actually happening, this certainly does seem to be one of those cases where the leading headline tells it all.

Who are you voting for?

I could only add that, considering what has been happening in America, and in Europe, and just about everywhere in today’s world, there is little doubt that we are all in deep trouble. The question is, will this be just another of those temporary, historic setbacks, or is this one going to be the beginning of the decline of Western civilization?

That, my friend, is the real question, isn’t it? The next question, of course, is, What is the answer going to be? Any thoughts? Anyone? Anyone at all.

Children who abuse and/or kill birds animals statistically end up being menaces to society. To use the parrot killings as a mockery, and give the kid a kudos for good aim is shameful and infantile. Shame on you.

Little Italy is easily accessible by transit, as well as on foot or by bicycle. The “real” vast majority of San Diegans want to breath clean, healthy air that results from reducing our dependency on cars. Why not drive less and enjoy life more?