Al Howard among the Redwoods 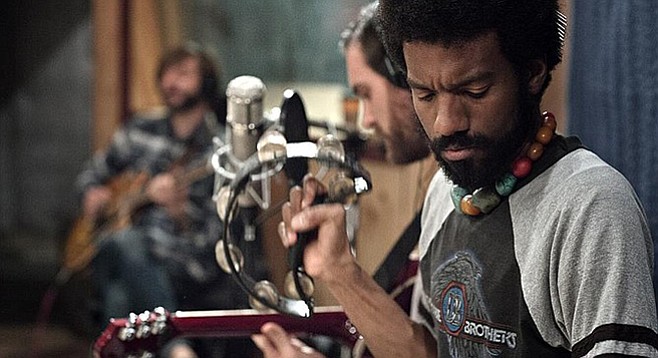 The prolific Alfred Howard has started yet another band. The new project has been christened “Cardinal Moon” and is a collaboration between Howard and singer/songwriter Dawn Mitschele. 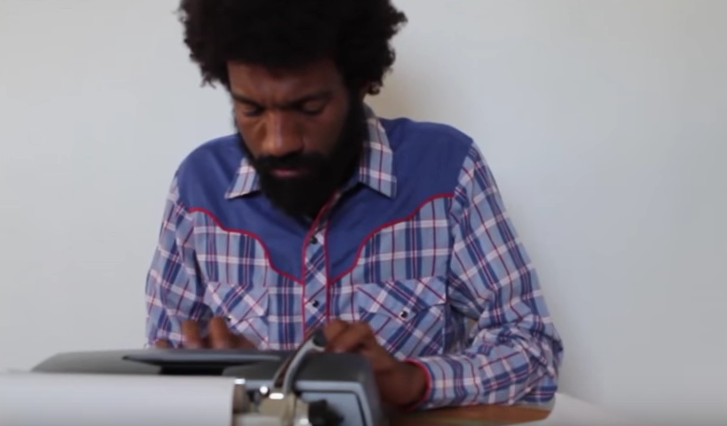 ...by Cardinal Moon (a lyric video)

“Dawn is a tremendous songwriter and lyricist and that’s predominately what I offer,” Howard explained. “So I’m always hesitant to reach out to folks who have no real use for me. I’m not going to offer Steph Curry advice on his jump shot. But she was very receptive to it. I think she just wanted to do something different. We got to talking and it turned out she was from my hometown in New Jersey and we’re the same age. Probably hung out at the same malls during the ass end of the Reagan years. I framed the potential collaboration in interesting terms. I’m afraid of flying and I had a gig in Chicago with Erik [Canzona] of the Heavy Guilt. So I had a round-trip Greyhound ticket. I always write a lot on the bus; there’s no better vantage point overlooking America than 48 hours on a Greyhound, from the people traveling to the scenes streaking by. I invited her to an experiment, I’d send lyrics from the bus, and she’d send back music. She was intrigued and gave it a shot.”

The exchange formed the basis of the duo’s debut. According to Howard, the first voice note that Mitschele sent him on the Greyhound ended up on the album. The arrangements are often sparse and do wonders at both showcasing Mitschele’s vocals and Howard’s lyrics. There is space and restraint on this outing that makes it click. The recording was augmented by Redwoods family regulars Jake Najor, Matthew Molarius, and Jason Littlefield who joined in on drums, guitar/vocals, and bass, respectively.

“I trust their vision and capacity to hear and play exactly what a song asks for,” Howard added. “This is how the Redwoods came to be, we got a crew of humble virtuosos whose strength lies not only in how many notes they can play, but how many they chose not to.”

It’s going to be a busy year for Howard and his forest friends, as a third Midnight Pine album is in the works, along with new albums from Howard’s other bands, Rebecca Jade and the Cold Fact, Birdy Bardot, and Dani Bell and the Tarantist. He has also been working on songs with Erik Canzona and (drumroll) has another new act on the horizon called “Sicklewing.”

Cardinal Moon will make their live debut opening the Redwoods Revue showcase at the Music Box on April 1. The CD will also be available for sale, unless this is all part of the most complex April Fool’s Day joke imaginable. Probably not, though, as Howard isn’t known to drop April Fool’s pranks.

“I’ve never really fucked with it,” he said. “I thought Jake [Najor] got a gig with Paul McCartney once, ’cause he’s that good and I’m that gullible. I’m hoping on April 1st, Trump pulls off his mask and it’s Andy Kaufman and he’s, like, ‘Gotcha!’”