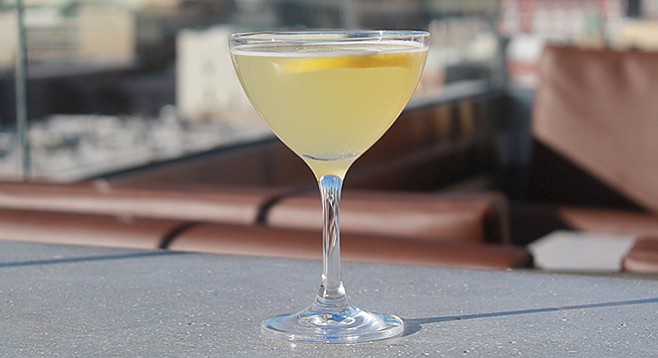 If you intend to go to the Nolen Rooftop, you’ll figure out pretty quickly that the only way is up — and Nolen’s lead barman Robert Yumul is leading the way by upping the ante in spirit-based beverages.

For example, as a classic reimagined — but not by much — the Bee’s Knees is Yumul’s idea of a cocktail with the perfect sting.

“It’s a classic Prohibition cocktail and our recipe is slightly different from the original,” Yumul says. “The original was designed, like a lot of cocktails at the time, to eliminate the bad taste of badly made gin. The original cocktail had more honey and citrus to it.”

“It’s really just speculation,” Yumul says. “No one can particularly say who made the drink first, but I’ve done a lot of research, and nine out of ten people say it came out of San Francisco.”

A romantic fool for the days of passwords, false walls, and fly-by-night gin joints, Yumul sees the Bee’s Knees as the perfect drink for the Nolen’s “reverse speakeasy” feel.

“You get into that elevator that takes you up here and you can almost pretend you are in Prohibition,” he says. “You’re drinking hooch in a place you’re not necessarily supposed to be. That’s what I love about it and what I love about that cocktail.”

By juicing up the hooch in the Bee’s Knees, Yumul says, he’s not trying to burn taste buds — but calibrate them to the floating motes of nostalgia that infuse the Nolen, heart, soul, bottle, and glass.

“The drink has a slightly sweet flavor,” he says. “You can taste the honey and you can taste the lemon, and they play well with the botanicals of the gin, so you’ll also taste the juniper. It’s still tart, but not overly so. It’s just clean drinking — a really great cocktail.” 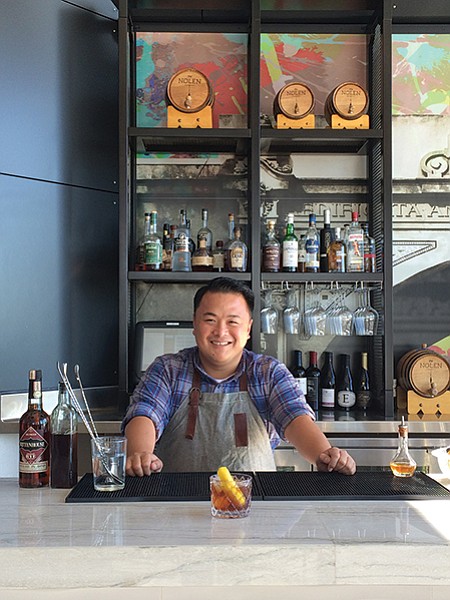 Fill cocktail tin with ice, pour ingredients, shake “longer than you would for any other cocktail,” pour into coupe and garnish with lemon wheel or peel.