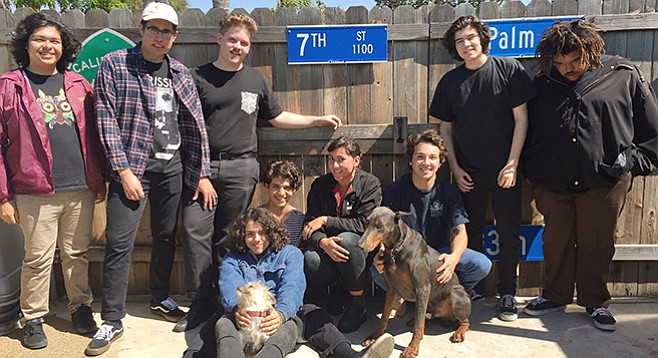 “My dad had a great punk-record collection,” says Erica about her dad, Chuck Petrowsky. “He grew up in Escondido. In his teens he played in a band called the Infected.” 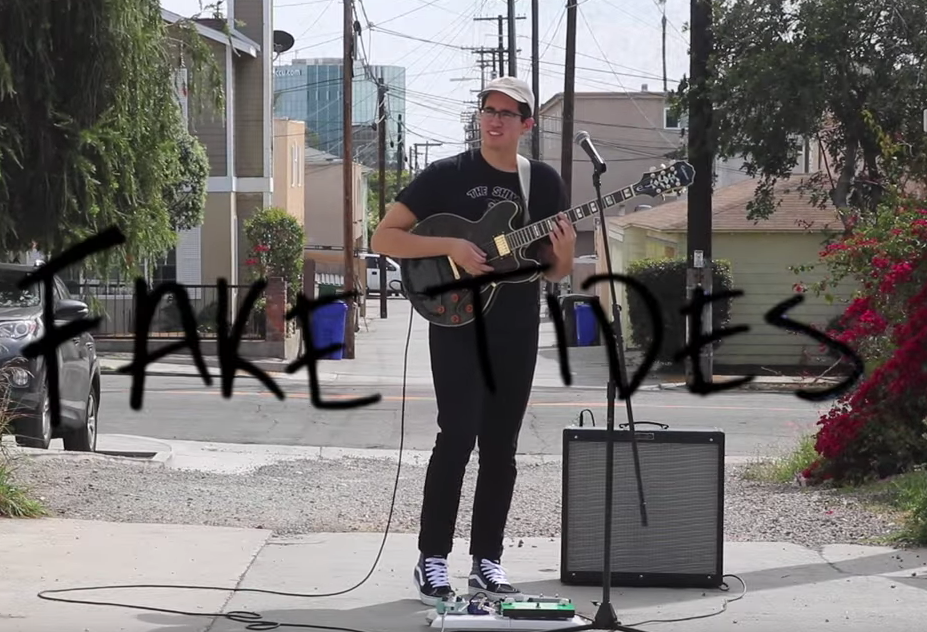 ...off of Fake Tides' self-titled debut

Buenconsejo, 20, is focusing on digital broadcasting at Palomar College. She says she was partly inspired by Taang! Records founder Curtis Casella’s entrepreneurial spirit to launch Chuck Records. “He signed the Exploited, the Adicts, and the Lemonheads [to the Taang! label]. He is also really good at photography and videos.”

Chuck Records will cover studio-time costs for its bands. Buenconsejo says her artists make a two-year commitment with Chuck. “It’s an ironclad contract we signed at Kinko’s,” she jokes. “They have complete artistic rights and they own their own songs. As I see it, record labels are there to help bands. They should be stepping stones. We want the bands to be pushed as much as they can. For these bands, I think being on a label gives you credibility in the music industry.”

A self-titled Fake Tides album is Chuck Records’ first release. The label threw a CD-release party with the four Chuck Records bands and the Shady Francos and the Shizs last Friday at the Irenic.

For last Friday’s show, there were 100 CDs available. “We’re doing a limited release at first. We want to see how things go.”

“She’s giving us an opportunity, and that pushed us to go further,” says Sal Samano, Fake Tides bassist.

Curtis Casella, who maintains the Taang! records store in Hillcrest, says he would not start a new record label at this time.

“It is very difficult to try and get a record pressed,” says Casella, who specializes in new vinyl releases. “If bands can deal with the six to eight months it takes to get their record pressed, good for them. We have a backlog of, like, 30 titles that we won’t get for months. If people are still buying CDs, good luck. CDs are useless for us. But I’m glad I inspired her. That’s great.”