Goat is so much better than beef 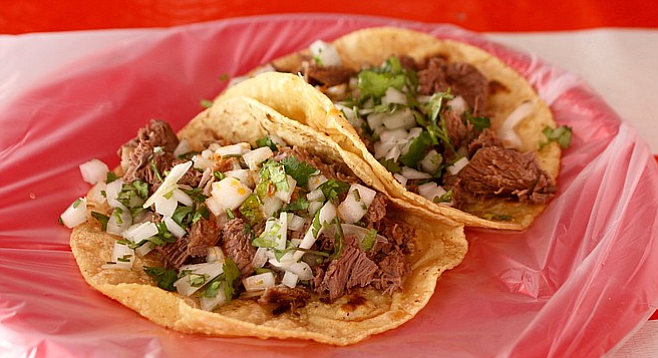 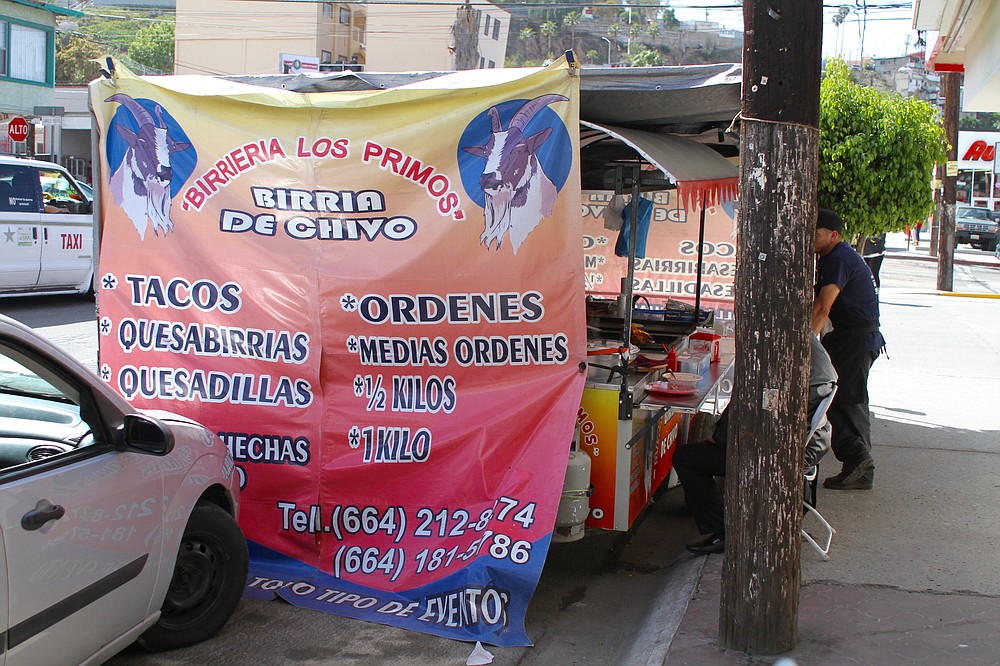 I remember the first time I had birria in the city of Guadalajara. I was only seven and wasn’t much of a meat eater. Without asking for it, a bowl of spicy greasy red soup with chunks of shredded goat with a side of tortillas was put in front of me. I barely tried it and pushed it to the side. My brothers and cousins teased me for not eating the traditional plate of Jalisco as I opted for two plain quesadillas instead.

Twenty years later, tacos de birria in Tijuana are part of my weekly diet. However, birria from Tijuana is much different than birria from Guadalajara (or other cities in central Mexico). There are hundreds of birrierias throughout the city in Tijuana, and most of them serve beef birria. Regarded as a hangover remedy, many birrierias usually open early mornings and close early afternoon. 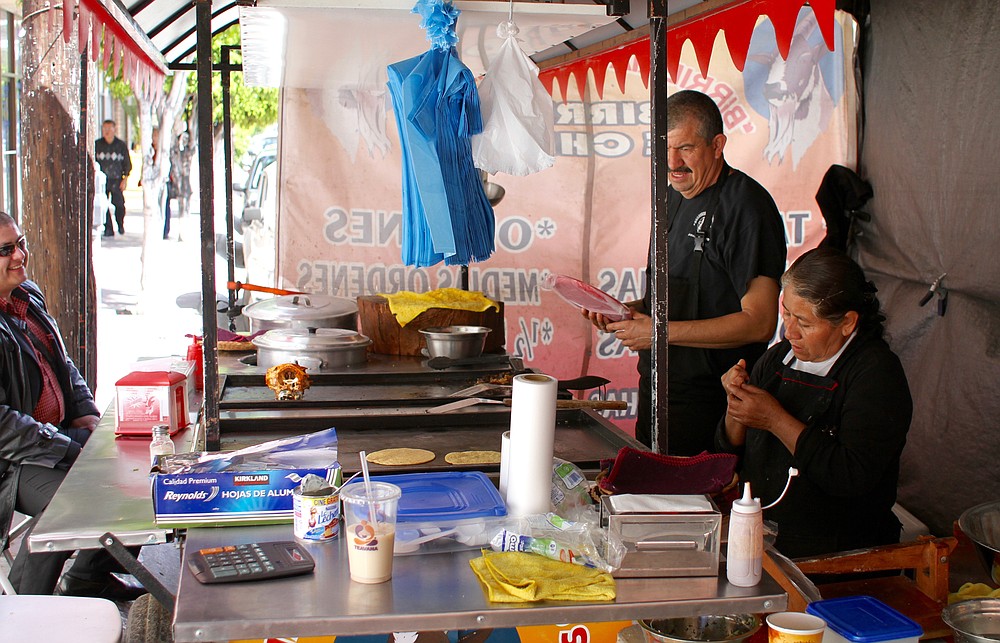 I usually go to a busy street taco stand on 4th Street and Niños Heroes in downtown Tijuana. Simply known as Tacos la Cuarta, this taco stand opens daily at 4 a.m., closes at 7 p.m., and serves your basic Tijuana birria. People order by the taco ($1) or by the vasito ($3 Styrofoam cup).

Traditionally, birria is made of goat or sheep and is served as a soup on a shallow bowl. Beef birria has a chewy consistency, similar to Chipotle’s barbacoa (which is also made out of beef when traditionally it’s sheep). Goat birria is tender and tends to blend better with the spices.

A couple of years ago, near the border (on Tijuana’s side), I spotted a small run-down shop with a tarp that read Birria de Chivo Estilo Jalisco. I had three tacos with handmade corn tortillas and tender, delicious goat. I went a week later to find out the birria shop was gone. 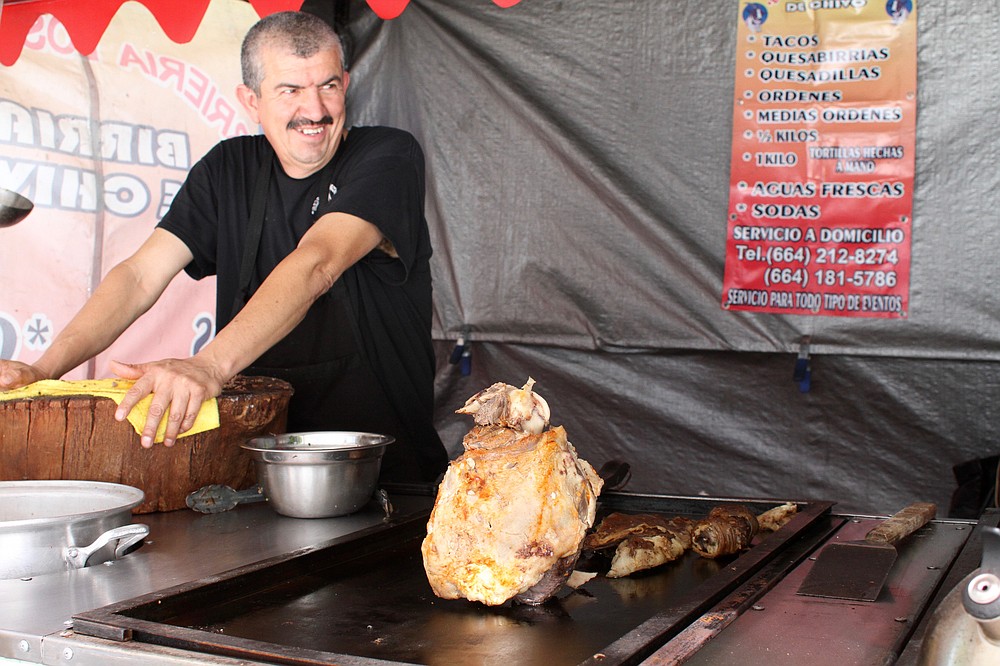 A year ago, similar story but different shop. I ate at a goat birria taco stand in downtown Tijuana, and the next time I went looking for it, it was gone.

Three months ago, a goat birria stand popped-up a few blocks from my apartment (corner of 3rd Street with H Avenue, downtown Tijuana) called Birrieria los Primos. Despite not being hungry, I wasn’t going to let the elusive goat birria taco get away from me. I had two fantastic tacos and told them I will be coming back often.

For the past two weeks I walked by that corner during different hours hoping to get more goat, but I was never in luck. I was certain they were gone forever. I walked all over downtown Tijuana looking for goat. I asked in more than 20 taco stands if they had it. None did, all beef, and no one could tell me where I could find goat. One taco stand had pictures of goats on their tarp, but they served beef. 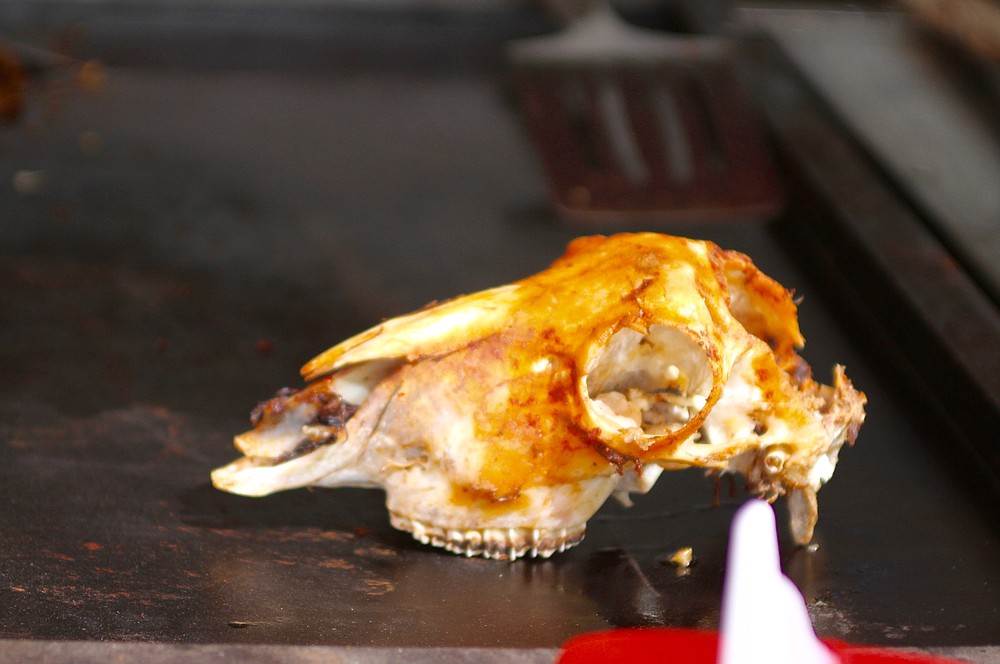 Goat skull on grill to give vegans nightmares

On a recent Saturday morning I was on my way to get shrimp tacos when I saw Birrieria los Primos was back. The taquero told me they are there every day from 6 a.m. to 3 p.m. except on Wednesdays. When I told him that I’ve been looking for them almost every day, he apologized and said that it is slow on the weekdays and that they are adjusting the schedule but guaranteed they’ll be in that corner on the weekends.

A goat skull decorates the grill, and next to it the tortillera makes fresh corn tortillas. They buy the goat from Mexicali, the Monterey cheese comes from a ranch in Tecate, and the family that runs the stand hails from Tepic, Nayarit. The tacos are gamey and delicious ($1 each). Add cheese to make a quesabirria, which are three times the size of the taco ($3). The birria stew goes for $6, and they give you as many tortillas as you please. 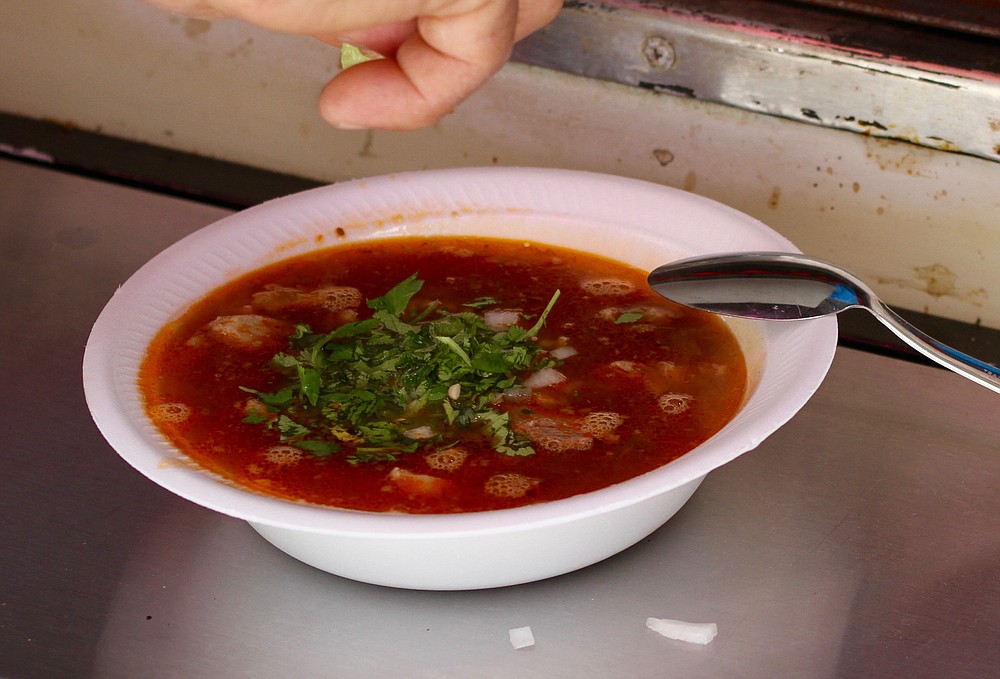 Goat is so much better than beef (at least when it comes to birria). With goat you get handmade tortillas, while beef usually comes with greasy factory tortillas. With goat you get a shallow bowl with a red stew, but with beef they give you a Styrofoam cup as if it was a drink (and it’s dark brown). Goat is a bit more pricey but worth it. Beef usually tastes like cheap meat. And finally, goat is the way birria is traditionally prepared. Beef birria is a complete different plate that doesn’t deserve to be called birria.

My cousins from Guadalajara were offended when they tried the beef birria in Tijuana. As long as this Birrieria los Primos stays open, I’m never having beef birria again.