Best burger within a short drive 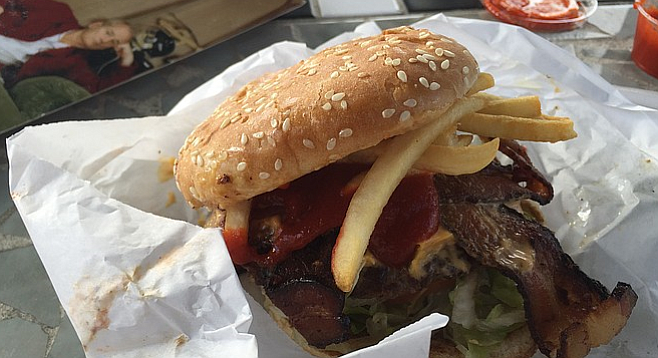 When San Diegans discuss the area’s best burger, the two top contenders are usually Hodad’s in Ocean Beach and Downtown and Rocky’s Crown Pub near Pacific Beach. I understand. Both places make high-quality burgers. I prefer the extra-thick rendered bacon at Hodad’s, and I respect Rocky’s purist touch of making one burger style only and not deviating from it.

But as much as I like both those burgers, I don’t have time to drive from La Mesa to get San Diego’s Best Burger. Sometimes I am happy with “Best Burger Within a Short Drive.” In this case, the drive-through of Charley’s Famous Hamburgers in Lemon Grove is a worthy choice for me. 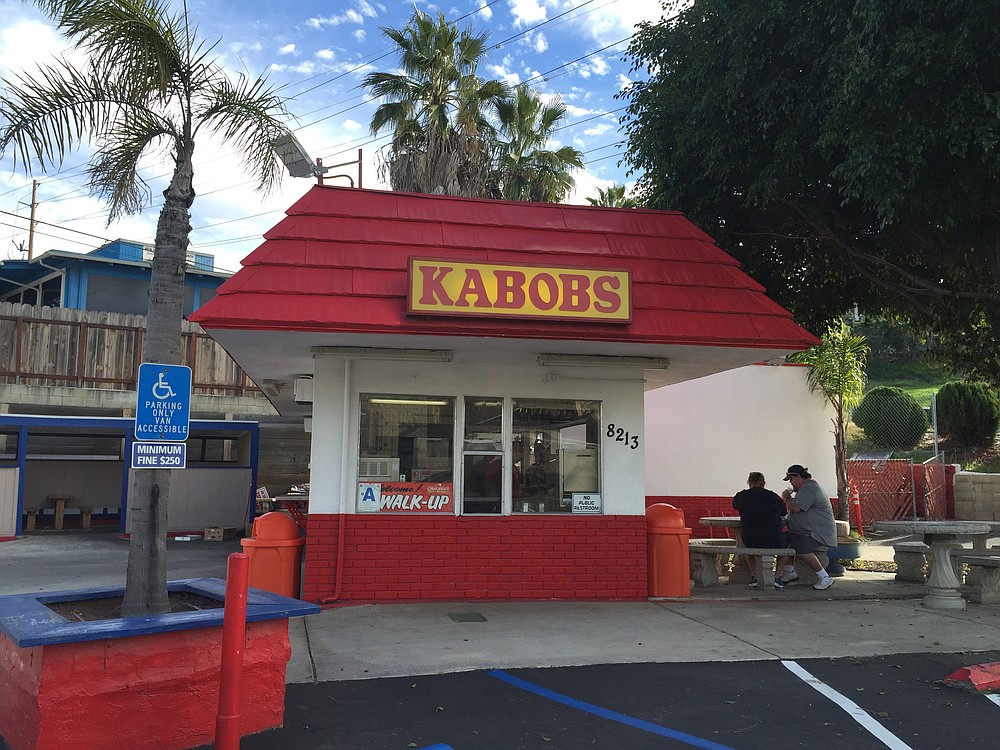 It’s not meant to be anyone’s idea of fine dining, but it’s obvious that the owner is spending the money on the food (not the décor). There’s fresh red paint on the roof, and there’s an “A” rating from the health department, but it’s strictly take-it-to-go unless you’re so hungry you’d rather eat outside at a concrete table or at the wooden table in the enclosed area that looks like it could double for a tool shed.

No, it’s not fancy by any means, but it is cheap, and I like their bacon cheeseburger meal deal ($7.95) a lot. It’s a thick beef patty on a sesame seed bun with lettuce, tomato, onion, cheese, ketchup, mustard and, my option, Sriracha. Then they slap two huge pieces of bacon on top and serve some hot crinkle-cut fries, all in a cardboard box. 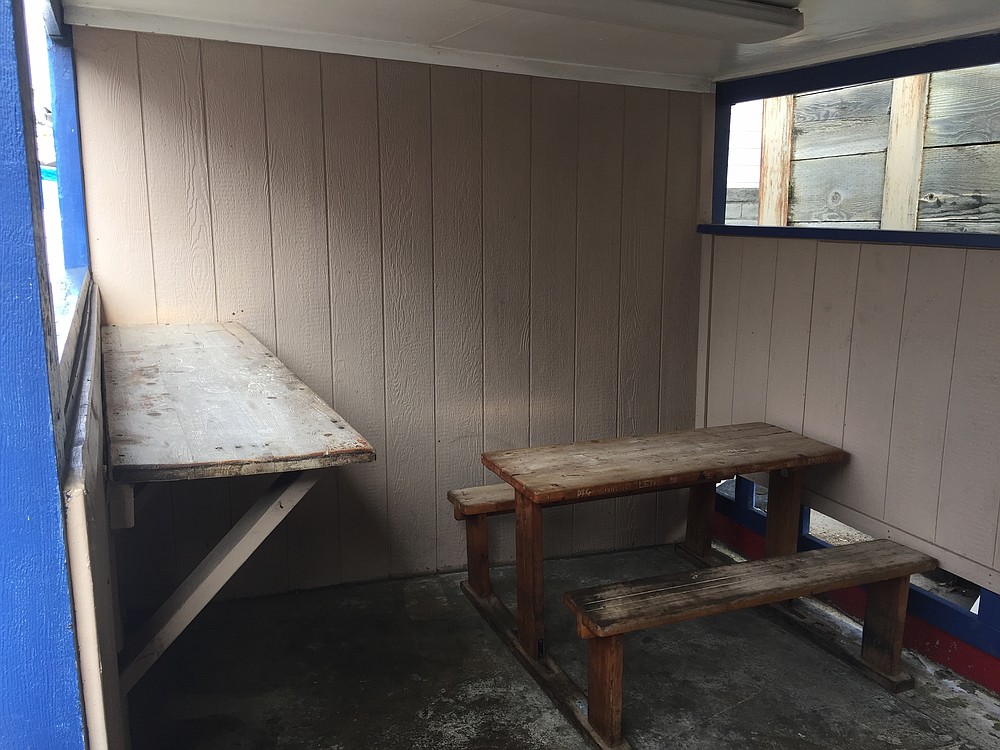 The cozy alcove inside

I wouldn’t call it fast food. The burgers take a little time. That’s why I’d rather park on the nearby hill and walk over rather than wait in the driveway.

Charley’s seems like the type of classic mid-century burger joint that usually gets paved over for progress or, in the case of Jack in the Box or Taco Bell, has to add indoor dining to keep up with the times. I don’t think that’s possible based on the site where Charley’s is built. That’s fine for me. Reminds me of a simpler time.

I’m not fond of having to use ketchup packets for my fries, especially since Charley’s uses an off-brand like Hunt’s instead of my favorite, Heinz. But, hey, I can adapt. There are a variety of milkshakes available. I never get one, but my kids swear by the Apple Turnover.

Charley’s has adapted in its nearly 40 years in business. You can get the aforementioned Sriracha, and they added deep-fried chicken sandwiches in the 1980s. The place also has a variety of pita sandwiches and kabobs on the menu. I haven’t tried them. The burger is all I need. But someday I do want to get a cheeseburger with a kabob on top. It’s good to have a goal.