How to pick the NCAA winner

No need to study boring stats 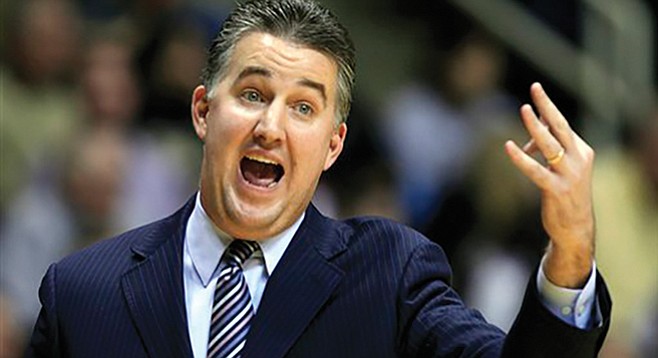 Just in time for March Madness, the Box is proud to announce a conceptual breakthrough in NCAA Basketball Bracketology. Further and more, I am releasing this treasure to the general public priced at Absolutely Free.

Damn exciting. So, settle in, get comfortable, and prepare yourself to be dazzled. Follows is my laboratory-tested, focus-group-massaged, especial theorem for picking the winner of every one of the 67 games that will be contested in the 2016 NCAA Men’s Basketball Tournament. You’ll probably be shocked no one else discovered this formula until now. But then, no one figured the Law of Quadratic Reciprocity until K.F. Gauss stepped up.

Indeed, this discovery is so revolutionary, I think, for safety’s sake, one should be introduced to it gently. I’ll take the roundabout way in. What makes the Sports Industrial Complex go ’round? What force is responsible for the unrelenting march toward all sports on all broadcast channels all the time? What invisible hand guides bloated salaries, insane profits, and all manner of pharmaceutical enhancements forward?

Like E=mc2, my formula appears simple at first glance. In fact, here it is in one sentence: When two teams play, the team with the highest-salaried coach wins. In the case of a salary tie, the school with the largest endowment wins.

All salary figures are taken from the men’s basketball-coach compensation survey published by USA Today or D1CoachCorner.com. Bonus money doesn’t count in the total salary figure even though that can be big bucks. Michigan State, Arizona, North Carolina State, Virginia, and Georgia State offer bonuses over $1 million, but it’s house money until the terms of the bonus are fulfilled.

Back to conceptual breakthrough. Let’s take Purdue of the Big Ten. Whereas previously I might have bet against Purdue because I was torn between my dislike of the word “Purdue,” my affection for the word “Boilermakers,” and got caught up in approach-approach conflict, I couldn’t decide whether to bet for or against. Now, thanks to my new concept, I am freed from those torments and merely have to look at coach Matt Painter’s salary plus whatever shake he collects as head coach aside from bonuses. Painter’s total pay is $2,428,795.

Purdue is scheduled to play Little Rock on Thursday in Denver. According to D1CoachCorner, Chris Beard, Little Rock’s head coach, has an annual salary of $232,942. Need I say more? 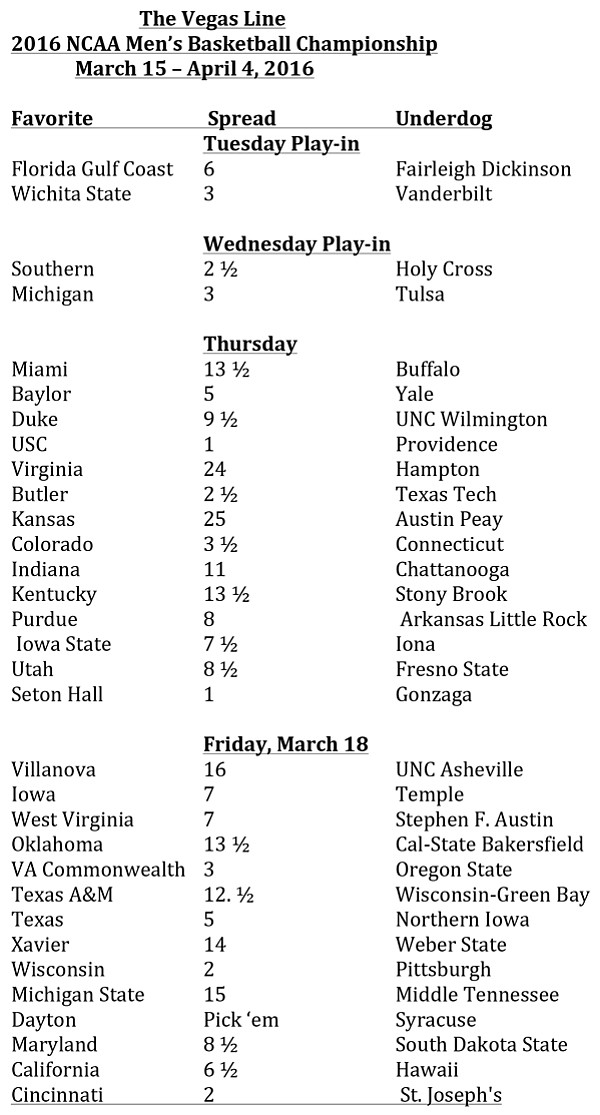 Stephen F. Austin plays West Virginia on Friday in Brooklyn. Whereas previously I might have placed a wager on Stephen F. because I once had a great night in Austin, I like Lumberjacks as a nickname, and love that the school abides in Nacogdoches, Texas. That’s three for three and worthy of a bet.

Yes, I hear you, you skeptics and complainers. You’re thinking, Of course Purdue and West Virginia are going to win, they’re seeded 5th and 3rd playing opponents seeded LOSER.

All right, let’s take two closely ranked teams, at least according to those who found a way to make money watching college basketball games. Connecticut is 9th seed in the South. Head coach is Kevin Ollie, possible salary is $2,800,000.

UConn will play Colorado, 8th seed in the South, in Des Moines on Thursday. Colorado’s head coach is Tad Boyle, possible salary $1,490,020. Makes no matter that Colorado is the higher seed, UConn will triumph by $1,309,980. No need to sit through 10 minutes of commercials, 15 minutes of time-outs, in order to watch the last 50 seconds of that game.

Want more? Cincinnati is 9th seed in the West out of the AAC. Mick Cronin is coaching for $2,202,205 a year. On Friday, in Spokane, he’ll go paycheck-to-paycheck against Phil Martelli, St. Joseph’s coach. St. Joe is an 8th seed. D1CoachCorner reports Martelli’s possible salary at $902,651.

Whereas previously I might have bet against Cincinnati because I have an ex-girlfriend who went to elementary school there and can never remember what AAC stands for. But now, thanks to my discovery, I am released from those distractions and merely have to look at salary differential. Cincinnati, the lower seed, will crush St. Joseph’s by $1,299,554.

No need to study boring stats. Or compare stats of one team against another team in another conference. Or factor in injuries, drugs, sex scandals, extortion, bribery, stock fraud, home invasion, or the illegal manufacture of over-the-shoulder weapons.

Forget all that — it’s way too confusing. Far better, not to say, far more accurate, to rely on one number, one certain outcome.