The half-expected hazards of a taxi ride in Brazil

A beach city in the northeast, Natal's also home to NASCAR-driving wannabes. 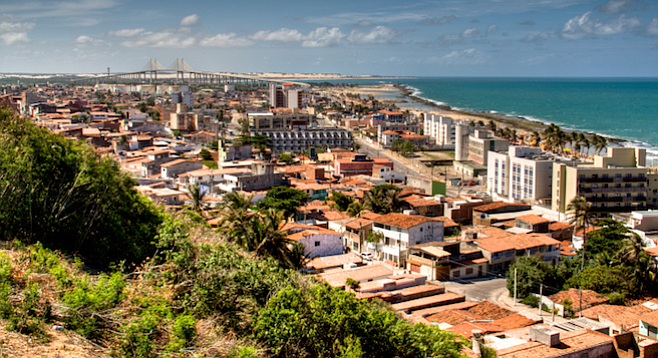 Rush job – a rush job summoned me into action. By no means could I depend on public transportation in Natal, Brazil (where I'd ended up due to strategic miscalculations as a travel addict). A taxicab had to be hired to get from point A to point B as quickly as possible.

I scurried to the nearest taxi parked in front of a local eatery.

Nobody was asleep behind the wheel, but two guys, a twenty-something bloke and an elderly gentleman, were seated on a sidewalk bench positioned beside the vehicle.

“Where's the taxi driver?” I asked while quickly approaching. Premonition was in over-gear. Before querying into the taxi driver's whereabouts, I had already assumed that he was the younger man. To my surprise he pointed to the old man. A dichotomy of thoughts almost stopped me dead in my tracks. My first inkling was to attempt to excuse myself from having, in all intent and purpose, requested a taxi driver.

After all, Brazilians seem to have a natural tendency to drive as if they’re competing in NASCAR. The reflexes of this seventy- to eighty year-old man, wearily seated before me on this blistering day, must be shot. Mind you – I have nothing against older drivers. My grandparents, driving well into their eighties, are some of the safest people behind the wheel of a car. Nevertheless, the pitiful truth is that they've been literally forced to contend with hot-headed, immature road warriors with little patience for motorists who don't meet their standards.

Just then my hypocrisy red flag bolted sky high. These two men were under no illusion. It was common knowledge that even my body language had expressed desperate need for a taxi and I'd look like a damn fool trying to back out of this need just because retirement had passed the old taxi driver by.

I reprimanded myself on grounds of age discrimination, and the fact that no other cab was in sight. Bora! (Let's go!)

“You cunt!” “Wanker – go screw yourself!” (My translation.) BEEP! BEEEEEEP!!! Turns out that old man taxi driver was more boisterous than I could have ever imagined. 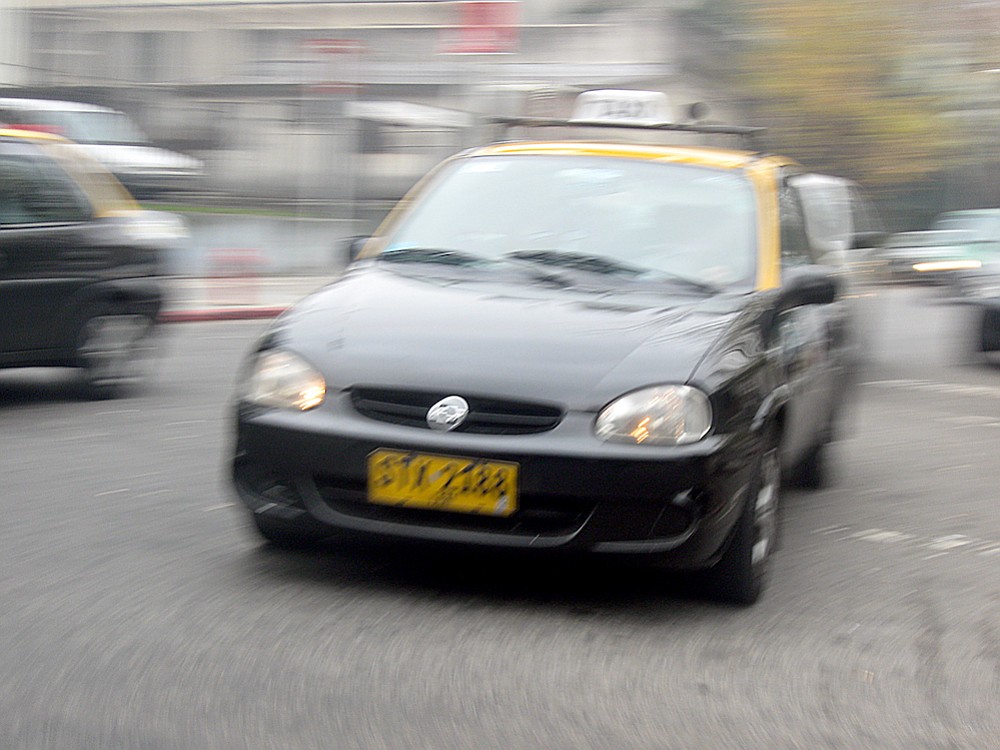 Driving in Natal is not for the faint of heart.

Windows rolled down – he cussed and honked at motorists without hesitation or reserve – he frantically swerved and accelerated through evening traffic NASCAR-style – he didn't care. Though wryly amused, my degree of passenger alertness had increased. Road rage is an issue of serious concern in Brazil. Who knows, maybe old man was packing heat to back up his vile condemnation of so many fellow motorists. One thing's for sure, his lethargic reflexes didn't prevent him from driving like a daredevil. Still, we made our way through lanes and thoroughfares without a hitch.

However, my last ounce of amusement was about to run dry. It was time to ascend a freeway entrance ramp.

The situation quickly changed... in a bad way. Unlike his street-level fury, the taxi driver drastically decreased his acceleration once we were on the freeway. I braced myself as he drove at a snail's pace, well below the legal speed limit. Soon enough you could hear zooming NASCAR hopefuls, windows rolled down, shouting “What the hell’s your problem?!” – “Get off the road, wanker!” – BEEP! – BEEEEEEP!

We were now the victims of pent-up frustration – road rage at its finest – the boomerang effect. My nerves could take no more. “Take the next exit,” I requested. My taxi driver asked what was wrong. He contested that we hadn’t reached our destination.

The taxi driver descended the exit ramp as repeatedly instructed. I then guided him to a large building beside a shantytown. I happily got out of the vehicle, quickly paid my fare and the taxi sped off without further ado. My stroll to the nearest cab stand was accompanied by relief. That rush job – forget about it.

Located in Brazil's northeast, Natal is renowned for its city beaches. They include Ponta Negra, Praia do Meio, Praia do Forte, Praia da Redinha, and Praia dos Artistas. Just outside of the city (Greater Natal) visitors are welcomed by several other beaches that are, in my humble opinion, more beautiful and, certainly, less crowded. They include Genipabú, Cotovelo, Pirangí do Norte, Búzios, and Tabatinga.

About 15 minutes south of Natal is a small town called Pirangí do Norte, home to the largest cashew tree in the world. Natal is also home to Parque Das Dunas (Dunas Park), a bio-ecological reserve that UNESCO has called a fundamental part of Brazil’s Atlantic Forest biosphere conservation. That said, many challenges remain in respect to pollution in and around the city.