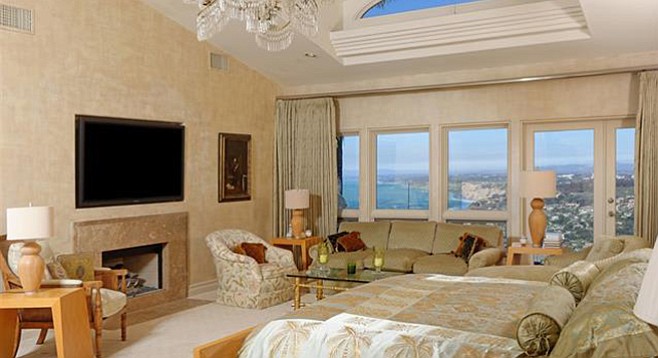 “Rarely are we graced by a hilltop estate of this quality and magnitude,” proclaim listing remarks for the estate at 1904 Via Casa Alta.

Situated on a ¾-acre parcel in a “prestigious hilltop locale overlooking La Jolla,” the home is “tucked behind private gates” and promises to “captivate you the moment you arrive!”

The house is accessed via a “lushly landscaped entry courtyard” by crossing the bridge over a decorative pond, at which point you’ll be met by a “dramatic two-story entry foyer” that “welcomes you into the artfully designed interior.”

Interior features include the “stunning cook’s kitchen,” with its “Viking stainless steel appliances, white ash cabinetry, a walk-in pantry, and a breakfast area” that, along with many rooms in the home, “showcase absolutely breathtaking 180-degree views of the ocean, coastline, and city night lights as far as the eye can see,” along with “spectacular living areas with natural light playing off high ceilings” throughout. 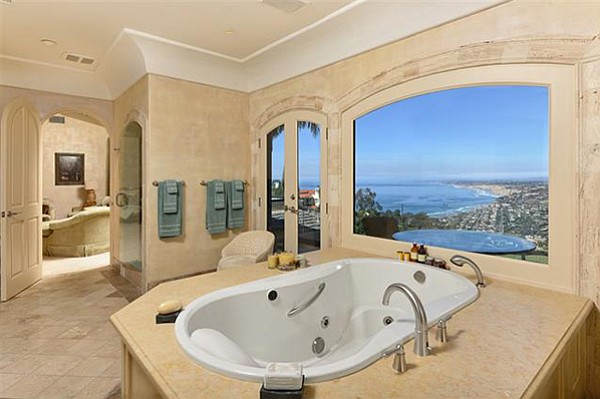 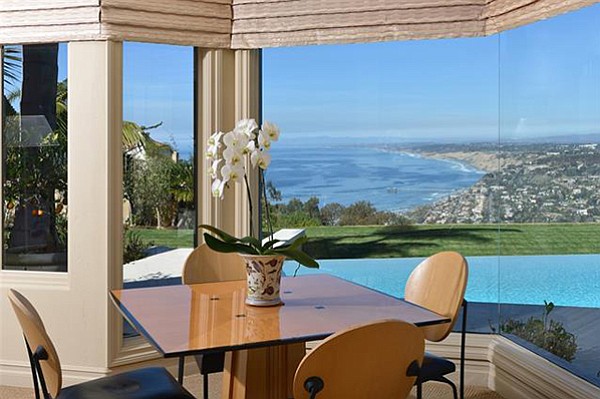 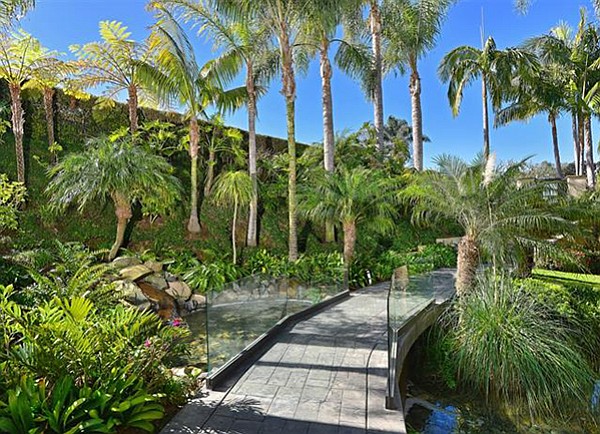 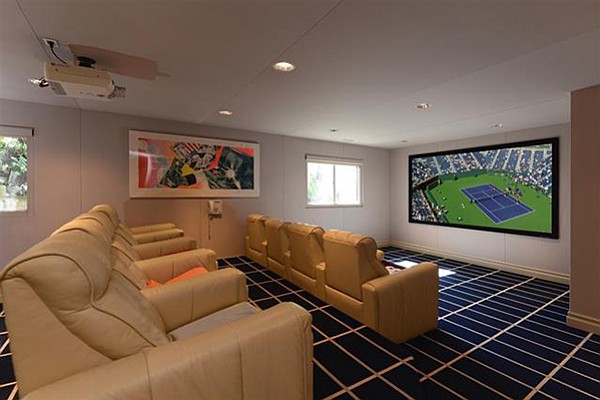 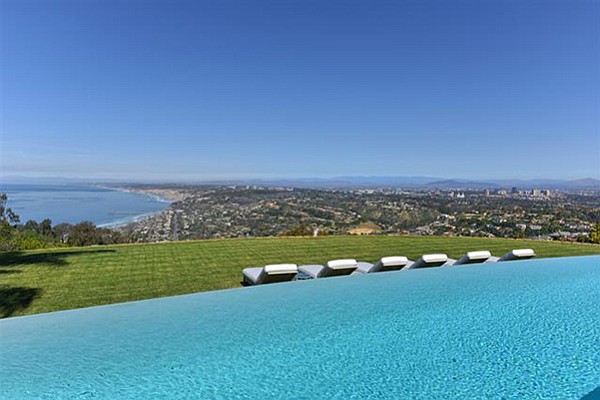 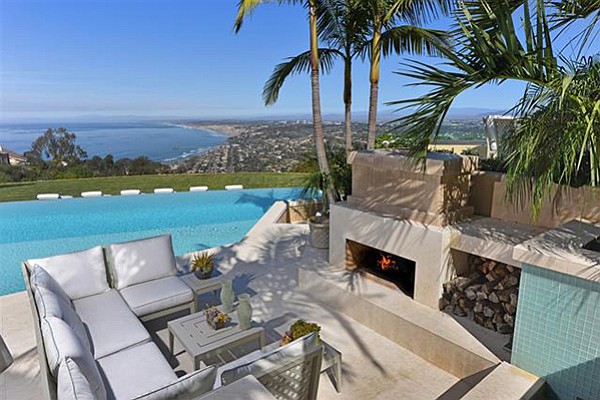 The master suite “indulges the owner” with its “majestic views, a fireplace, and a sumptuous bath with a spa tub, his & her walk-in closets, and a wide balcony.” There are another four en-suite bedrooms in the residence, which includes a total of five bedrooms, each with its own balcony and not including rooms used as his-and-her offices, nine baths, and just shy of 8700 square feet of living space under roof.

Outside, the “beautifully landscaped grounds” and “sprawling backyard with a dual-level heated pool, spa, outdoor fireplace, a lanai, numerous stone patios, and beautiful landscaping including rose gardens, fruit trees, and a vast manicured lawn” are “reminiscent of your own tropical sanctuary” that provides “an idyllic setting for entertaining as well as everyday living.”

By purchasing this estate, the buyer is promised an opportunity to “enjoy absolutely awe-inspiring views spanning from the tranquil blue & white waters of the Pacific Ocean, up the coastline to the north, and sweeping across the city & night light views to the east.”

According to tax records, the Via Casa Alta estate last sold in 2006 for $6.9 million, when it was purchased by Joseph Rascoff, a retired music-industry executive whose former firm managed acts such as the Rolling Stones, U2, David Bowie, and Sting.

Though public records show the home was built in 1994, listing materials indicate it underwent significant renovations between 2005 and 2006, before it was last sold.

The original owners of the home: Gina and Tiania “Junior” Seau. In 1994, when the Seaus purchased the home for $2.9 million, Seau was fresh off the third of what would turn out to be 12 consecutive Pro Bowl appearances.

The Via Casa Alta property was most recently listed for sale in mid-February, with the sellers seeking offers between $7,900,000 and $8,800,876, a price that remains unchanged to date.