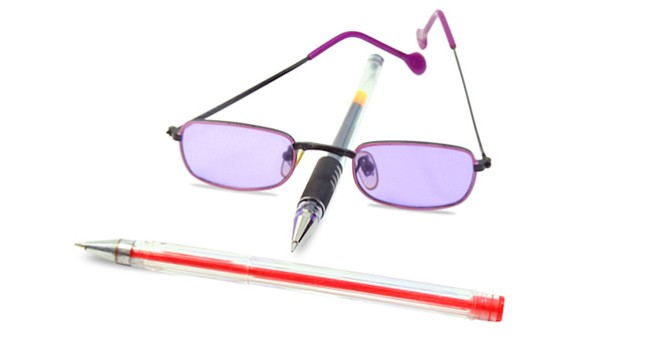 I had to laugh when I read Joe Deegan’s article on the history of World War I.

This person is an historical illiterate, and does not know what he is talking about. The statement was made that English historians are unsympathetic to the viewpoint of Italy in World War I, and possibly in other areas.

Of course, Mr. Deegan does not know even the elements of the historiography. In terms of the greatest of English historians, H.R. Trevor-Roper, we have a brilliant expositor of modern Italian history from the Renaissance through World War II. A.J. Whyte, in The Evolution of Modern Italy, writes a compact, brilliant, and fair history. Many other English historians of Italy are worthy.

Mr. Deegan, in his invincible ignorance of the Italian theater in World War I, does not even mention the new general in chief, so to speak, who succeeded General Cadorna as overall commander — that was the brilliant commander, Armando Diaz.

One hopes that historians can be enlisted by the Reader to write about history. It might help.

This is for DJ, Stevens, Ask a Hipster, in the March 3 Reader. In your second paragraph, first line, you spell “percent” as one word.

If you want to be erudite about some obscure and arcane subject, I would like to tell you that, about 60 years ago, some instructor marked me wrong on a lab report in a strength of materials lab course at Cornell. I thought the guy was being a jerk. He marked me wrong because I spelled percent as one word. He said it should be two words.

I thought, Well, this is an engineering course, not an English course, but what the hell. I looked in the dictionary and, by golly, he was right! The first preference was two words: per, then cent. It also gave percent as a solid word as the second choice.

Anyway, hipsters like to be experts on obscure matters, so, just for your information, two words is first choice. Thought I’d just tweak you about it a little bit.

Maybe You Should Read the Original Article

I’m calling about the letter, “Toilet-to-Tap Danger”. I didn’t read the original article by Marty Graham, but I agree it is criminal to an extent. It’s at least litigious.

Basically, if the homes in San Diego switch to toilet to tap, the water department really should pay everybody about half to 75 percent of their property value. The housing basically becomes nothing better than Tijuana without potable water. The soda machines and the restaurants that cook food with tap water all become pretty much worthless places to visit.

So, hopefully, maybe you could do an article on when exactly the toilet-to-tap water program started, how long it’s going to last, and if the city or the water district is going to pay us all back our property tax, pay homeowners back a percentage of their property value, and how it will affect rent prices, which should plummet.

It’s kind of major news how San Diego and Southern California basically becomes a third-world country, which is possibly the result of the environmental movement and all the propaganda about saving water and “don’t waste water.” So, maybe you can do an article on that.

I’ve noticed that the tap water has basically become undrinkable since about August So, almost a year. Anyway, that’s my opinion. Hopefully, you report on this.

You Don’t Need to Go Down There

This is Gary from Carlsbad. I just read the other people’s letters about my letter. I just want to let you know that I was born and raised in National City, and I have been to Tijuana, many, many, many times. I also have two cousins, three nephews, and a niece from Tijuana.

I’m 62 years old. I’ve lived here all my life, and I’ve been back and forth across the border many times. I did not grow up in Carlsbad, and I don’t live in a million-dollar home, but I do have a nice home in Carlsbad, and I enjoy living up here.

I’m sorry if you didn’t take my criticism seriously. I just feel that you don’t need to go down there and review Mexican restaurants when we have so many restaurants in North County that never get reviewed. That’s my opinion, and I’m sticking to it.

Just calling to say that you guys are doing a great job, and to keep it up. I’ve been in San Diego for two years now. I originally came from New York City. I visit a lot of cities and I try to look up all the major cities’ websites to look up events and things to do. Your site is always the one the one that I reflect back on and refer to.

It’s just great. It’s really nicely organized. You’re doing so much better than everybody else is doing out there, so just keep it up. It’s just nice that I can find so many things to do, and things that are listed on there. It’s always my go-to.

I love San Diego, and I really love the San Diego Reader. Thanks so much for making my life a little easier out here. Keep up the good work. Keep doing what you’re doing, just progressing and trying to be better and be different.

This is for Mr Gary in Carlsbad. Don't shoot the messenger on this one buddy but maybe, just maybe, the north county of San Diego is a dull colorless place, full of dull colorless people, serving dull colorless food. However, you have your right to complain, as Ed and Mathew have their right to go where they please. "Coffee's Ready, Gotta Go!!!"