The 14-dollar hot dog and sauerkraut are cries for help 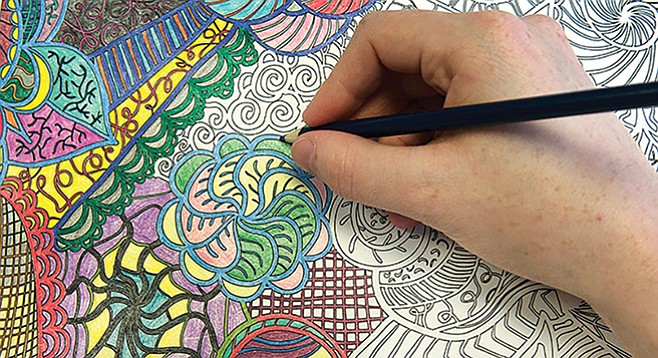 I have two kids and a successful career. As you might guess, balancing those things makes my life more often than not pretty stressful, and I’m hardly swimming in opportunities to unwind. I want to sign up for one of those adult coloring groups at the San Diego library. Supposedly, the coloring trend has endured because it’s very soothing and because it gives us 21st-century Americans a much-needed outlet for creativity without the pressure of mastering any advanced artistic skills. I confess, I’m not actually writing you about the coloring group. I’ll be signing up for that no matter what.

My real reason for writing is to make a comment. Something rings true to me about the idea of us urban professionals lacking opportunities to indulge our creative sides. I wonder, could that at least partially explain the hipsterfication of the service industry we’ve seen in the past ten or fifteen years? I can’t prove this, but I feel as if people in first-world industrialized nations, Americans in particular, have been steered further and further away from creative pursuits. If that’s the case, then perhaps it’s more than bourgeois pretension that’s driving the market for things like sauerkraut and artisanal barber shops. Maybe this is just the cry for help from a society so starved for creative indulgence that the only place we can take pride in expressing ourselves is in industries where the physical creation of something, be it so mundane as a haircut, is inseverable from the good or service rendered. History and the academy have long been wary of conflating “art” and “craft,” but perhaps the latter has been replacing the former in modern lives, giving an artistically deprived society a means of achieving some kind of cathartic, aesthetic release.

I don’t mean to condemn or defend trendy hipster industries per se, but if there’s any truth to my theory, then perhaps it’s not the third-wave coffee roasters who ought to bear the “blame” for so-called pretentious things that annoy so many people. Maybe the reason we gladly pay $14 for a glorified hot dog every now and again is that we want to connect with something that somebody took pride in creating, or something that we can contemplate for its own beauty.

I think you can ghostwrite this column for me when I need a vacation, but maybe try to kick up the lols that can temper even the most florid scholarly parlance.

P.S. I changed “hipsterification” in your original to “hipsterfication.” It’s a small edit, but “hipsterific” is an unnecessary adjective (“hipster” suffices on its own), and the correct verb is “to hipsterfy,” which replaced the antiquated “to enhippen” sometime in the late-2000s.

P.P.S. You make contemporary society sound terribly bereft of artistic activity, about which I’m not sure. It’s not like there aren’t perfectly good outlets to indulge your creative side. Then again, a growing cultural emphasis on science and tech education/careers/entertainment dovetails nicely with a countercultural movement that incorporates a DIY mentality and an endless vein of nostalgia.

P.P.P.S. I’m only using these postscripts in a nod to old-timey letter writing. It’s not like I’m using blotter paper and a fountain pen here.

But really, "the reason we gladly pay $14 for a glorified hot dog every now and again" is because we are hungry while at a Padres game.