"My business card is a book." 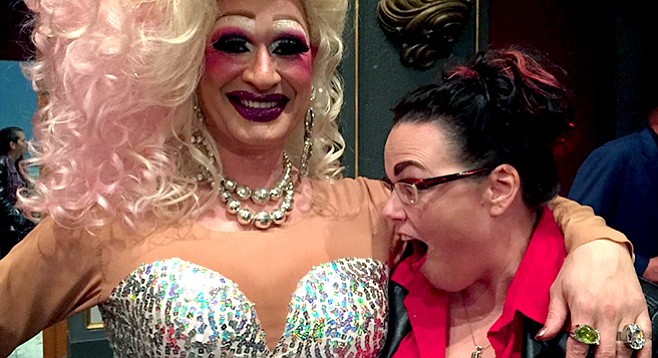 "Oh!” David said, in a way that meant I was supposed to ask, “What?” So I did. Still staring down at his phone, he said, “It’s an email from Megan from Adobe, we met her last night. She wants to know if you’d be interested in judging tonight, too.” My man knows me well enough that words weren’t required for me to answer. He looked up to see me smiling with one brow raised. “That’s what I thought,” he said, and returned his gaze to his phone so he could respond in the affirmative. 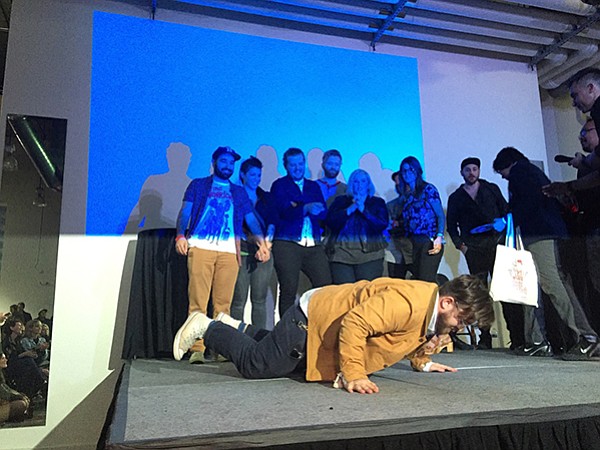 The software company was hosting a photography-specific Creative Jam in San Diego. At 7 a.m. that morning, 14 photographers were given the theme “Boundaries.” They had the whole day to create an image that best represented their interpretation of the theme. The fruits of their labor would be revealed later that night, to a crowd of around 450 guests at the end of an event that featured presentations by photo professionals.

As a photographic artist who’s wielded Adobe’s Photoshop program since around the time websites first appeared, it made sense that David was tapped to be a judge for this friendly competition. I was a last-minute addition, presumably because I’d made an impression the night before, when I went along as David’s plus-one to the dinner party for judges and speakers.

When someone asks me what I do for a living, my typical response is to say, “So many things that my business card is a book,” as I hand over the three-inch-tall “abridged” volume, which is 12 pages long, not counting the cover. On each page is one word describing a facet of my life (save for the last, which includes my contact information). Some are serious (Writer, Producer, Editor, Emcee), some are just meant to be fun (Jetsetter, Lush, Diva), and a select few are both serious and fun (Culturalist, Commentator, Dominatrix). There is one descriptor that falls into this last category that had to be cut due to the limited page-count. It was a difficult decision, because this particular word is as much a part of my life as any of the others: judger.

Judgment gets a bad rap. This is understandable, seeing as the term sounds so much like the closely related “judgmental,” which is used to describe someone who is overly critical, even disapproving. But when you strip away the “mental” part of it, you are left with the word’s honorable origins. By definition, a judge is a person who is qualified to give an opinion on something. As a Jill of all trades, with the semblance of clout afforded a moderately known local personality, I am regularly asked to judge things.

In the past few years, I have judged the work of those competing to be the best in diverse array of areas. Among the categories I’ve judged are cocktails, film, art, and singing. For a few events, I’ve served as a recurrent judge, as with the annual Ceviche Showdown at 57 Degrees. 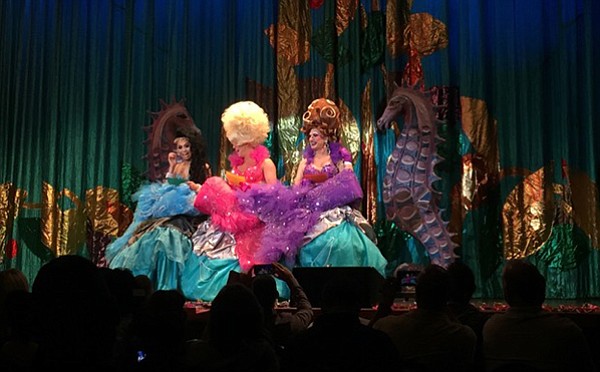 “Mermaids” killing time between acts at Tantrums and Tiaras

My favorite annual event to judge, which was held four days before the Creative Jam, is Tantrums and Tiaras: Battle of the Bar Queens. It takes place in the Observatory North Park theater. Contestants in this drag-queen beauty contest are men with little to no experience performing in full drag (or, as the site puts it, strutting around the stage in stillettos and trying not to fall over). They compete in three categories: swimsuit, evening gown, and talent. The entire show — hosted by the famous drag personality Babette Schwartz — is so outrageous and hilarious that my face never fails to ache the following morning from smiling so hard all night.

One year, a contestant representing Baja Betty’s sang a rewritten version of Madonna’s “Borderline” while trying not to fall off the real-life burro she was riding around the stage before the wide-eyed audience. “Where does one even rent a burro?!” asked David, as perplexed as I’d ever seen him. As if to top that number, last year’s winner, Ms. Flick’s, or Alvie Schmidt — a Palin-esque lover of America whose talent portion included equestrianism and an over-the-top tap dance — emerged from behind the curtain on a giant horse. Keeping with the theme of shocking and delighting the audience with livestock, this year it was Gossip Grill’s Marlina von Tramp, a Sound of Music–themed character, who appeared at the beginning of her talent number pretending to milk an actual cow.

Among the jaw-dropping moments at this year’s Battle of the Bar Queens were Annie Freeze’s “evening gown” that included a human-sized snow globe surrounding her, the green-painted alien contestant Vagina Nebula (she won Miss Congeniality) floating around the stage on a hoverboard, and Shi Shi Banh Mi popping out of a cardboard box in a bikini while holding a live fancy chicken.

Elaborate costumes, meticulously rehearsed numbers, lavish costumes, and extraordinary (sometimes living) props aside, the most awe-inspiring thing about Tantrums and Tiaras is that every person involved volunteers his or her time, as the whole affair is intended to raise funds for the San Diego LGBT Community Center, which promotes health and human rights through its many programs, including youth and senior services. So, not only is it an exceptionally entertaining event that I have the honor of participating in, it also benefits an organization whose mission is close to my heart. 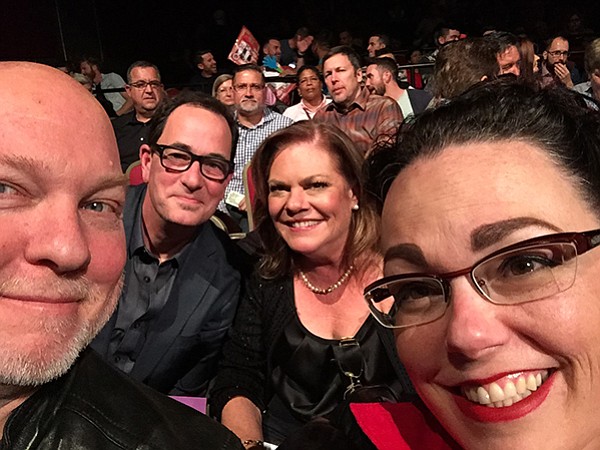 Some of the judges: Me, Sam the Cooking Guy, and Shelly Dunn (of David, Shelly, and Chainsaw)

Each contest has its own criteria for coming out on top. Of course, subjectivity inevitably comes into play, but the gist is always the same: one person wins, sometimes by the slightest of margins, but nevertheless. David’s no novice judge himself. Though he’s usually sought after to judge photography and film contests, he has an informed opinion on much more. Creative Jam was the first event that we were able to judge together in an official capacity (that is, as official as a fun, “mostly for the bragging rights” type of competition can be). On our way home, after post-event drinks with new friends that were as stimulating and fun as everything else associated with the event, I told David, “I think I need to redo my cards. ‘Diva’s a given, so I’ll lose that one and replace it with ‘Judger.’” David, being an expert determiner of what is good, agreed.

How about a column on Sam the Cooking Guy? Good cook and funny man.