The canine equivalent of a black velvet wolf T-shirt 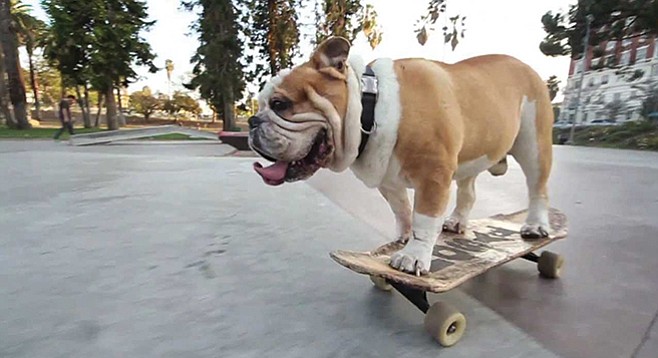 Why do hipsters like bulldogs? I thought bros favored bulldogs, especially when they could be taught to skateboard.

The past decade has been kind to bulldogs, and their French cousins, which have increased in popularity by something like 2000 percent since the turn of the (21st) century. When something becomes popular with celebrities — as these dogs have done, much like how Paris Hilton inspired a spate of purse-sized chihuahuas — mainstreamers rush to be first on breeders’ waiting lists, often trampling each other in a savage, Furby-fueled frenzy to acquire the It commodity.

Imagine you’re a hipster looking for a dog. You hear about a breed so woefully overbred that it needs help conceiving, and then delivering via c-section, its own puppies! Ironic pet jackpot! What hipster wouldn’t want to possess the canine equivalent of a black velvet wolf T-shirt?

Which one do you think is the more hipster?

Trick question! They are both 100 percent hipster. Nonhipsters would simply describe their pet as “the sweetest dog ever,” regardless of the animal’s objective sweetness, without appreciating the ironic tragedy of its physique.

...now, cue the angry letters from bulldog owners, who insist it’s the cuddliest, sweetest dog on the planet and that trendiness has nothing to do with it.