“Our jaws dropped. We assumed it was long gone." 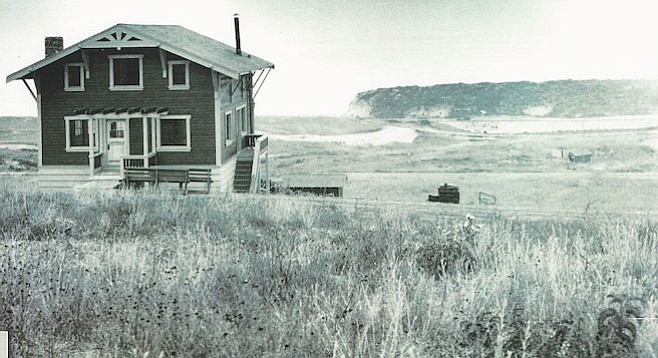 It took a guy coming from Cardiff, Wales, to identify the 1911 home of Cardiff by the Sea’s founder, J. Frank Cullen.

Mark Gubb, from the Queen’s Cardiff, was visiting Cardiff by the Sea to scout out a future possible art project between the two towns. While meeting with some community historians last week, including Irene Kratzer, he mentioned he had tried to book the Cullen House for his Cardiff stay.

“The Cullen House?” Kratzer asked. Yes, indeed, the house still existed at the northwest corner of Oxford Avenue and Norfolk Drive. Gubb had found it listed on a British rental reservation website.

“Our jaws dropped,” said Kratzer. “We’ve all seen the 1911 pictures of his house but always thought it was built on San Elijo Avenue, appearing to be pictured close to the ocean. We assumed it was long gone.” (San Elijo Avenue is the first street overlooking the beach.)

“It's obvious now,” Kratzer said. At the time there was nothing built between the home and the ocean, so it looked like it was right on the bluff. The house is actually five blocks up the hill.

Perry Herst of Scottsdale, Arizona, purchased the house in 2013 and rents it as a vacation home. It was his local realtor, Mark Bobo, who told him about the history of the house.

“The home was apparently the original model home for Frank Cullen's development of Cardiff by the Sea. It was also his home,” said Herst. 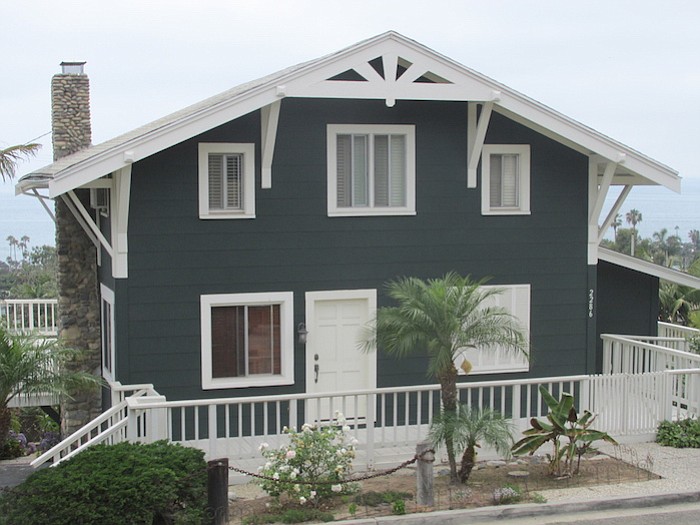 A recent photo of Cullen's house (now a rental)

The house has a small addition and was remodeled in the late 1960s. Herst has modernized it and restored its beach-cottage charm. In a nod to history, he has also planted passion fruit on the property: in the 1930s, Cardiff was poised to become the passion fruit capital of the U.S. But, a 1937 freeze wiped out the crop.

J. Frank Cullen founded the SoCal Cardiff, with the U.S. Post Office officially recognizing the name, including the "by-the-Sea" addition, in 1911. It was Cullen’s wife, Esther, who was from the across-the-pond Cardiff. She insisted her husband name the streets after British towns, rather than give them Spanish names. Thus, the town was subdivided with street names of Birmingham, Liverpool, Chesterfield, and 18 other British place names.

Herst said after the summer season, the next time he’s in the area, he will invite local historians to view the inside of the home.

Historical footnote: Kratzer, in 1988, fought and won battles with Caltrans and Rand McNally mapmakers over the removal of the town’s name upon the 1986 incorporation within the City of Encinitas. Kratzer pointed out Cardiff by the Sea has its own zip code, state beach, school, and sewer districts, and that the town did not dissolve upon incorporation.