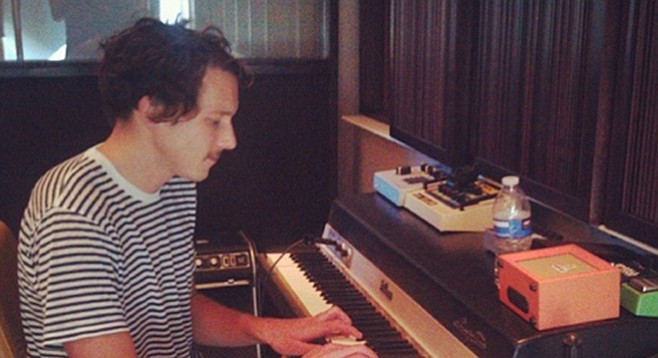 “Joel was once the director of photography on a film about a guy who had a watermelon for a head,” filmmaker Jared Callahan tells me by phone from Atlanta. Joel P. West, member of local band the Tree Ring, checks in on the conference call from his home in Los Angeles. Callahan says the two bonded via skateboarding and filmmaking while both were still undergrads at Point Loma Nazarene University. 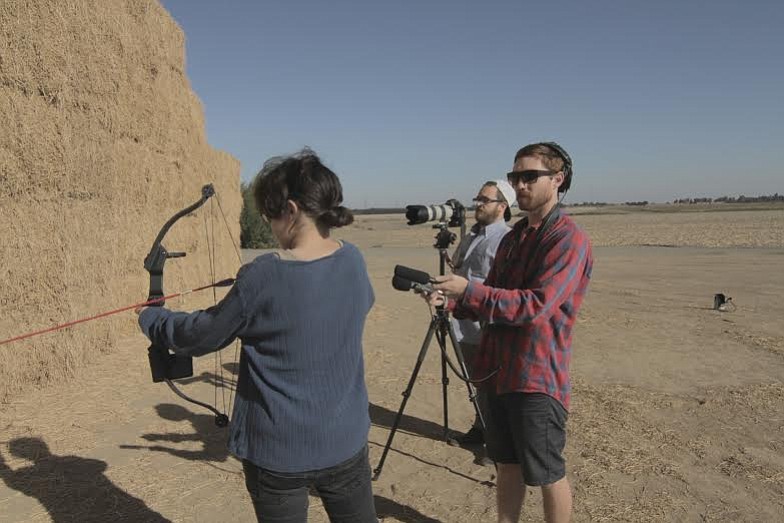 “And, I’m a fan of his music,” he says. “I went to all of his concerts.” Of the first feature film that Callahan has produced and directed, he says, “Giving it to Joel to score was a no-brainer.”

Janey Makes a Play had its theatrical release in June at the Digital Gym in North Park; the film was also screened at the San Diego Film Festival earlier in the year and is showing at other festivals throughout the country. It’s about a 90-year-old woman (Callahan’s grandmother, Janey) who lives in a small town in Northern California and writes and produces a couple of community theater shows each year.

West’s soundtrack music is something else entirely — small and unobtrusive passages of dreamlike frenzy that dance behind the narrative. “Was I surprised by what came out? Yeah,” West says. “I’d start out with an idea, and I’d sort of adjust it. There were some exciting moments of discovery, where I feel like I kind of captured Janey’s energy and her magic.”

West: “I’d watch a piece of the footage, and then I’d listen to a lot of music for a couple of days, and write ideas. I’d find a couple of chords that felt good, and I’d find the energy that way.”

Callahan: “I don’t speak musician. So, when I’d hear something on playback, I couldn’t be specific in music terms. Instead, I’d say something like, can you give this more of a soul feel?”

West: “Jared put a lot of trust in me.” West recently scored Lily Tomlin’s Grandma, and is presently at work on The Glass Castle, starring Brie Larson, Naomi Watts, and Woody Harrelson. According to West, the Tree Ring is pretty much in his rearview mirror, now that film work is his day job. “We may end up making another album, but we’re more like a family, old friends.”

Callahan runs a production company and splits his time between Atlanta (he calls it “the new Hollywood”) and San Diego. “I’m sure that Joel and I will work together again at some point,” he says. Meanwhile, how has Grandma Janey adjusted to stardom? “She’s 94 now,” he says, “and she is still going strong.”