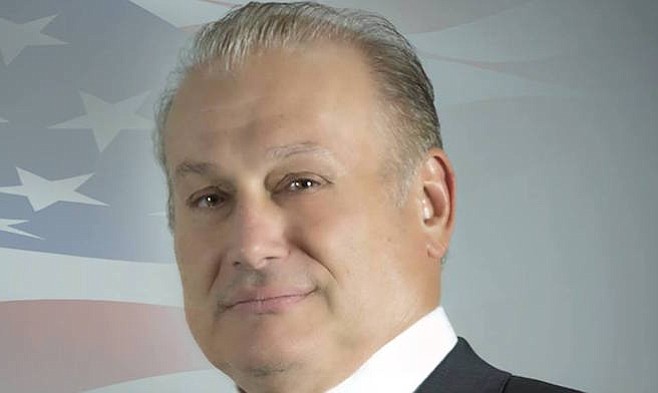 San Diego businessman Roque (Rocky) De La Fuente, who failed in his attempt to get the Democratic nomination for president, this week filed to run for the U.S. Senate in Florida. According to saintpetersblog.com, De La Fuente spent $6 million of his own money trying to get the Democratic nomination. The litigious landowner in San Diego County registered to vote as a resident of Orlando in March, getting a driver's license and voter's registration.

He says that Florida is his "second home state" and he is a resident there. His campaign paperwork listed San Diego as his home base.

De La Fuente says he has the funds to finance his own campaign but has no intention to do so. Saintpetersblog.com says De La Fuente qualified for the presidential ballot in more than 20 states; he says he made it in more. The publication says he got 66,000 votes in total. This week he fought a battle because he had been listed as an independent in Florida. He apparently got that cleared up.

Sen. Marco Rubio, who ran for president in the Republican primaries, today (June 22) said he will run again for his Senate seat. According to the publication, U.S. Representative Patrick Murphy has the establishment Democrats wrapped up in his run for Senate, while U.S. Representative Alan Grayson is favored by progressives. De La Fuente says he is a moderate Democrat.

This guy is all over the map! Why is he not running in California?! His connection to Florida is very tenuous. Who is advising Rocque!? Whoever it is, he/she should be fired!

getting a fresh start, people here are either wise to him, or tired of him

SportsFan0000: I admit it is not clear whether he is required to be a full-time resident of Florida to run for Senate in that state. I figured I would get two days worth of the bureaucratic shuffle if I tried to find out. So I dropped it. Is he still a resident of California? I think so. Best, Don Bauder

Murphyjunk: For years -- decades, really -- De La Fuente and I had nothing but testy conversations as I wrote negative things about him and his mare's nest of holdings. But he was nice to me when I broke the story that he was running for president. We will probably resume our hostile communications once he gets politics out of his system. Best, Don Bauder

Mike Murphy: Roque is definitely a game. I think it is like croquet, but I wouldn't put a bet on that. Best, Don Bauder

AlexClarke: You mean you would be proud to see references to Sen. Roque De La Fuente (D-Fla.)? Best, Don Bauder

OK, DAMMIT, I LOOKED IT UP. Roque is a croquet-like game played on a hard surface surrounded by walls. The balls can be played off the walls. Best, Don Bauder