"I am outraged, as a resident of Hillcrest and as a gay man."

The nearly 20-year-old proposal to designate portions of Hillcrest as a historical district was scrapped on Friday, June 10. The City of San Diego released the community plan update on its website. A 60-day countdown began during which residents and property owners can comment on the document before it goes to the city council for implementation.

Absent from the plan was any mention of designating the heart of Hillcrest (between Third and Sixth avenues on University Avenue) a historical district, which has been in the community plan since 1988.

In fact, the boundaries for the proposed historic district were expanded in the June 2015 draft community plan update.

But during the past several years, property owners in the heart of Hillcrest objected to the district. Creating one, they said, would essentially prevent them from developing their properties.

In December of last year, as reported by the Reader, a group of property owners calling itself "the Gateway Council" emerged. The group, which includes Hillcrest’s largest property owners (Gary Pernicano, Bennet Greenwald, Charlie Jadallah, and nine others), asked the city and planners to ditch the historic zone and instead turn a portion of the community, where their properties were located, into a restriction-free zone where they could build as as high as 200 feet, more than three times the height that is currently allowed. 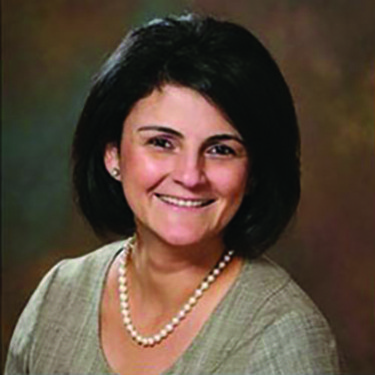 In December 2015, Escobar-Eck wrote a letter to the city's planning department outlining the group's position:

“It is fundamental to understand that the economics of real estate development dictate that goals for a more livable community are, frankly, unachievable without the flexibility to develop higher and denser projects,” Escobar-Eck wrote. “…We cannot just stand still and wait for the rug to be pulled from under them, and with it their property values, dreams, and aspirations for a better Uptown.

“Lowering density creates an economic productivity issue. Diminishing, rather than enhancing the economic productivity of this area ultimately translates into a regional failure. The net result of the draft plan as written is that new development doesn’t work and not much will change for the better, this in an area where as you have been notified, economic activity is currently scaling down. If not much is built or rehabilitated, this makes the city worse. Maintaining some sort of Uptown ‘status quo,’ or creating something even less than the status quo, is a stab in the heart of economic productivity.”

Resident and member of the Uptown community planning group Mat Wahlstrom said the city's decision to cut the historic district came as a surprise.

"I can't speak for the other boardmembers because it was so sudden we haven't had a chance to discuss, but I am outraged, as a resident of Hillcrest and as a gay man," says Wahlstrom.

"In the last community plan in 1988, the city called for the creation of a Hillcrest historic district and last June, the city expanded both the boundaries and themes for the proposed district, making it the only community in San Diego that commemorated, as they worded it, 'Neighborhood Revitalization and the LGBTQ Community: 1970-Present.' Then we get the final maps and it's gone, without any explanation. Coming on the heels of the Orlando massacre, it's hard not to see the elimination of this historical district as yet another wiping out of LGBT presence."

Residents are allowed to comment on the new, revised community plan until August 8, 2016 here. Comments will be included in the plan for city councilmembers to consider.

Speaking at meetings is speaking to the air. For comments to go forward through the approval process, people who want to protest need to know where to send their comments and how they will be included in the package that goes forward for approval. Getting the word out in the Reader is a VERY good beginning. More work ahead for an uncertain outcome, I'm afraid.

To Gary Belzman on FB: Britt Scripps (NOT spelled "Brit-Scripps") Inn is already a San Diego City Landmark. It's located in Bankers Hill, not Hillcrest. [Photo by David Batterson] 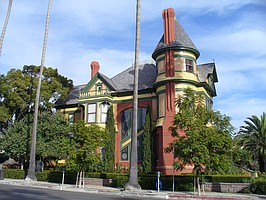 Developers now rule $D and everyone else better realize it, since the new Golden Rule literally means those with the GOLD Rule!

Hasn't that been the case for centuries?

Calling that section of wide and traffic-choked University Avenue "historic" is a stretch, although it is true the buildings are low-rise and oldish, as is the extravagant claim that the shift is equivalent to the Orlando massacre. Still, there is much to be said for low-rise and old and the unchanged center of a lively LGBTQ scene.

In La Jolla, Escobar-Eck succeeded in overriding La Jolla Community Plan provisions that ground-floors were meant for retail shops over commercial uses -- and got Morgan-Stanley brokerage offices installed at a small charming Prospect Avenue plaza that once housed Victoria's Secret. Escobar-Eck's landlord client had held out for astronomical rent and kept the building vacant for years and then cried poverty and property rights until he had a non-conforming stock broker to pay the freight. The La Jolla Community Planning Association went along with change.