"We have ladies who can’t be sweeping and mopping and keeping up the building." 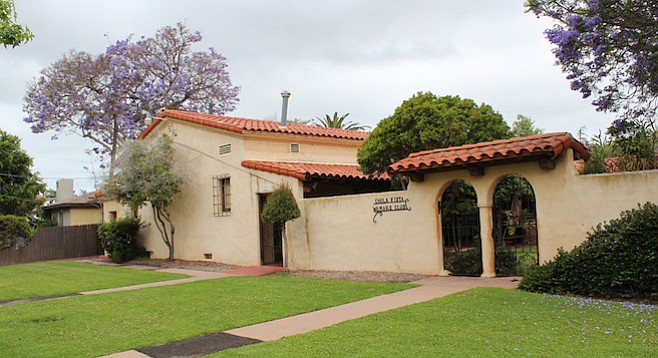 According to Denise Berrian, president of the Chula Vista Woman’s Club, “The City of Chula Vista signed a contract with the women’s club in 1991 indicating that they were going to take over the maintenance and the upkeep of this building. And so, right now, if you got down to the bottom line here, they’re out of compliance. They’ve got breach of contract going on.” 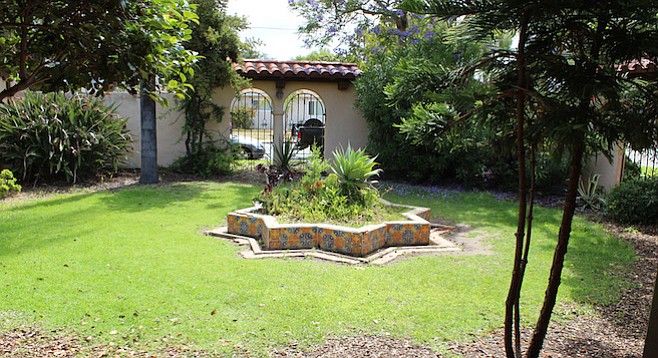 The women’s club building, located at 357 G Street, is one of the oldest in Chula Vista. Opened in 1928, the structure is also one of the few remaining that was built in the Spanish-Colonial style. Throughout the decades, the place has been used for flower shows (1921–1947), literary roundtables (1924 to the 1990s), and the Fiesta de la Luna celebration, which started in 1932.

At a certain point, members of the club were predominantly older women. 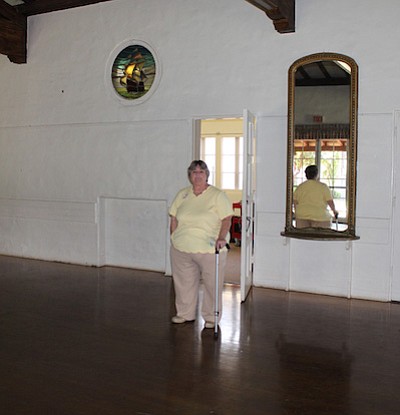 “We’ve got the same problem now," Berrian says. "We’ve got ladies whose average age is 75. And so, we have ladies who can’t be sweeping and mopping and keeping up the building.… We have to count on somebody to help us out.”

In 1991, the city took over the property and signed a contract that included three main provisions: the women would be able to use the facility without charge, the club would receive 25 percent of all money raised from the rental of the facility, and the city would furnish a custodian and be responsible for gardening, maintenance, and refurbishment of the building.

Richard Hopkins, director of Public Works for the City of Chula Vista, explains, “We have a janitorial group that goes in after there is an event, so that’s the fees that people pay for…. We do the floors once a year and replace windows when they get broken…. You have to paint it every now and then. You have to fix the roof every now and then — that’s the stuff that we haven’t been doing.”

In 2003, the city conducted a preliminary feasibility study that concluded the building needed extensive repairs: the estimated cost was $355,479. Hopkins says that the price for repairs has probably risen to $1 million.

But the money for that kind of renovation isn’t available. In fiscal year 2015, rental revenue for the building was $39,948. The women’s club still gets 25 percent of that income, which in turn they donate to about 12 charitable organizations, including OnStage Productions and South Bay Community Services.

For renovations, Hopkins says, “I get money out of the general fund every year for public works. We take care of all the facilities as best we can with those resources. So it gets spread around pretty thinly.” 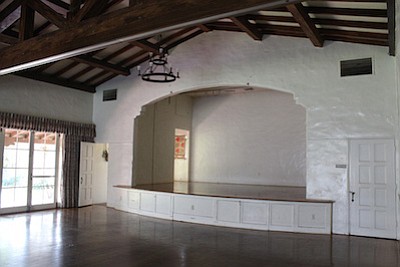 Berrian believes that if the city would fix up the building, they would get more groups coming in to use it, which would raise more money. “But they don’t seem to be making that association. If they got that kitchen up and running, they’d have all kinds of events in here.”

Currently, Berrian says, “Anyone who wants to come here and use this facility has no use of the stove or dish-washing stuff because it’s just not working — it’s dead.” A toilet has overflowed, the electrical system needs a makeover, and the roof needs to be replaced, she says.

Berrian has met a few times with Chula Vista councilmember Patricia Aguilar, whom she says was very interested in the preservation of the property — listed as Chula Vista’s Historic Site #12. But Berrian's meetings with Aguilar went nowhere, she says. 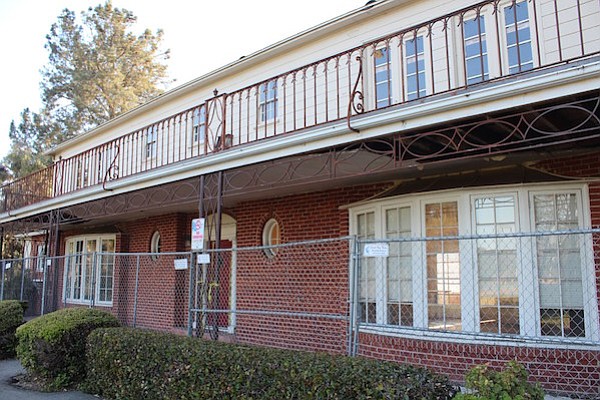 Meanwhile, Public Works director Hopkins explains that all city properties are suffering from a lack of resources. If things don’t change, the women’s club might even turn into Rohr Manor. A few years ago, the historic building was closed after the ceiling started to cave in; the city then fenced it off.

Probably the only way the women’s club can be saved is through private donors or grants.

“Our hope is that something will come along,” Hopkins says.

The author is a member of the South Bay Historical Society, the Chula Vista Heritage Museum, and a historic preservation commissioner for the City of Chula Vista.

You won't get any help from people like Aquilar and Salas. They see the club as one of the last vestiges of the old majority-white Chula Vista.

The fact that South Bay Community Services would accept money from the Woman's Club is positively sickening. They suck in so much money and their administration is paid so well that this is like the rich soaking the pauper.

I agree with VigilantinCV's remark about how sad it is that the South Bay Community Services takes money from the Chula Vista Woman's Club, or from any community source for that matter. In this instance, they are 'soaking the pauper' as VigilantinCV suggests. Everyone should learn just how outrageously that organization compensates its management.

I also find it appalling that the City of Chula Vista neglects this historic building and by doing so, takes the venue off the list of possibilities for community and private events that would help sustain the facility and the club itself. As a native of Chula Vista, I recall so many events held there (dance recitals, cotillion dances, and other events) that were part of my childhood. SHAME on the City for failing to uphold its part of the bargain, and SHAME on South Bay Community Services administration for being so incredibly greedy!

South Bay Community Services also gets millions from our school districts. In case you didn't know.

This fits a pattern of those Woman's Clubs. The average age of members is up there in years, and the membership is much smaller than in the heyday of such clubs. Their clubhouses age, and the members cannot keep enough income to maintain the building. Here in Vista there was such a club, and about ten years ago it sold its deteriorating clubhouse property for redevelopment. The club got a very nice price from the sale, and now has money to use in support of community groups, scholarships, etc. Their clubhouse dated from the 1950's and was a nice place when built.

If a club wants a clubhouse, it has two choices: make it pay for itself in rentals, or have the members volunteer to keep it running and clean. Neither of those takes care of a major repair, such as a re-roofing job, plumbing renovation, or rewiring, or even a paint job. Economics have changed and those clubs just don't bring in younger women as they once did. The club in Vista is bigger, stronger and younger-on-average than it has been in many years, but that doesn't mean that it should have a clubhouse.

The same sort of thing is now happening to veterans organizations, and many chapters are selling their halls. Membership is down, the buildings age, and older members just don't have the energy, money, or inclination to keep them up.