Whatever gets built, fishermen demand inclusion in bayfront redevelopment 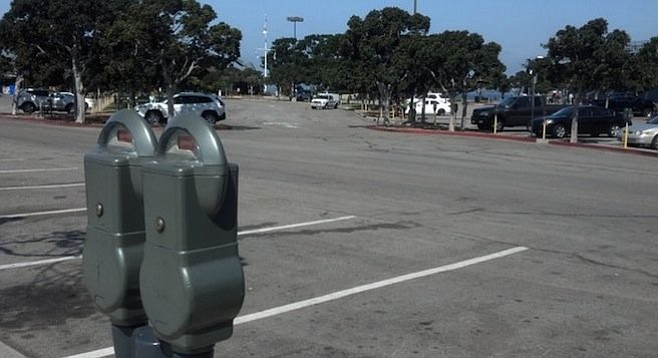 The Port of San Diego on Monday (June 13) opened a two-day workshop in which six competing bidders were offered the opportunity to share proposals for developing a stretch of San Diego Bay including 30 acres of land containing the northern finger of Embarcadero Marina Park, Seaport Village, and the parking area south of the Midway museum. About 40 acres of water are also up for grabs, including all of Tuna Harbor, home to most of the city's commercial fishing fleet.

While most of the six finalists selected by the port in an earlier request for proposals have plans to redevelop the whole site, two are more narrowly focused.

Ripley Entertainment wants to build a 110,000-square-foot aquarium on about four acres of the site. The brand, best known for its "believe it or not" oddities, already operates similar aquariums in North Carolina, Tennessee, and Toronto.

The Denver-based McWhinney group, meanwhile, has plans for the whole site. Their proposed SeaPort development, like most others, imagines multiple new hotels and retail outlets. Tuna Harbor remains largely unchanged, though park space is added through the elimination of parking lots in favor of a multistory garage. Among the unique touches are a proposed artificial wave pool using technology developed by pro surfer Kelly Slater.

Gafcon is another local group (backed, among others, by Qualcomm founder Irwin Jacobs) that is heavy on hotel and retail development but includes plans for an aquarium of its own and "The Spire," a proposed 500-foot observation deck. The proposal also includes provisions for the retention of commercial fishing operations with a revamp of Tuna Harbor and the addition of land-based aquaculture facilities.

Manchester Financial Group, headed by local developer and onetime newspaper publisher Douglas Manchester, backs a proposal they've named Celebration Place. While more modest in scope than other proposals (Manchester includes only a single high-rise hotel and mostly low-to-mid-rise buildings), the plan's only nod to the commercial fishing industry seems to be some office space and a museum documenting the region's history as a global fishing center. The project also includes "The Spinnaker," a 400-foot sail-shaped tower that, similar to the Spire, would provide an observation deck at the top.

Seattle-based Great Western Pacific, meanwhile, seeks to partner with Santa Monica Seafood (doing business in San Diego as Chesapeake Fish Company) in a project that combines restaurants and amusement-park attractions like a giant Ferris wheel with expansion of the existing commercial fishing operation. Aside from the Ripley proposal, it's the only one not to include a new hotel or significant retail expansion.

While the proposals are open for public comment (links to full presentations can be found here), representatives of the fishing industry may have a larger say in the final outcome than some prospective developers anticipate.

"The final arbiter is the coastal commission. And the California Coastal Act says that water-dependent industries have priority on the water," longtime local fisherman Pete Halmay tells the Reader. "Replace us with large hotels and where do we go? You can't relocate the marina to El Cajon.

"Four of the groups with proposals have come down to the harbor to talk to fishermen, and we appreciate that," Halmay continues. "But when I went up to the open house to take a look, it seems only three have given serious consideration to the fishing fleet. Others may pay us lip service, but then you look at their proposal and it's like we've been erased."

The obvious preference of Halmay and other fishing interests is either the Great Western or the Gafcon plan, though Tuna Harbor tenants say they're willing to work with any of the potential developers as long as commercial fishing in the harbor remains viable.

"To us, it's a non-starter," Halmay said about proposals, prominently Manchester's, that potentially push the fishing industry out of their historical home. "If that happens, we're going to get ready for a fight before the coastal commission, and we're going to make sure they have a miserable time. I think the port knows that."

All proposals are open for public comment until June 28. After that, the port plans to discuss the matter further at a board of directors meeting scheduled for July 13.

What a shame: one of the only family-friendly venues along the bay will become yet another expensive, view-blocking, haunt for out-of-towners on expense accounts. Between this and Anthony's, average San Diegans are getting screwed by the Port District, which, by law, is supposed to considering many factors before making decisions on the use of tidelands. But, they've started acting like a private, corporate board of directors driven only by money.

And the winner will be the developer with the most political clout. The Port District is as corrupt as the PUC. They could care less about local people or about the people who work along the waterfront. Follow the developer money and it will lead to the bought-and-paid-for Port Commissioners.

How about if we just say no to this?

Let's think about this...what is the lifespan of highrise hotels? Does San Diego need all these hotel rooms? Does it make sense to keep building hotels, especially when they block off the bay views and access? Is it smart to eliminate more parking from this part of downtown?

Who benefits from all this building? Besides the builders?

I have heard it said that the hoteliers own San Diego? Is this proof?

Anyone who favors the Gafcon plan might want to read up on "The Great Park" escapade up in Orange County for the former El Toro base Marine . They basically got a big orange balloon for their millions of dollars. Oh, and there were lots of condos developed, too.