The Aristocrats puts funny under the microscope 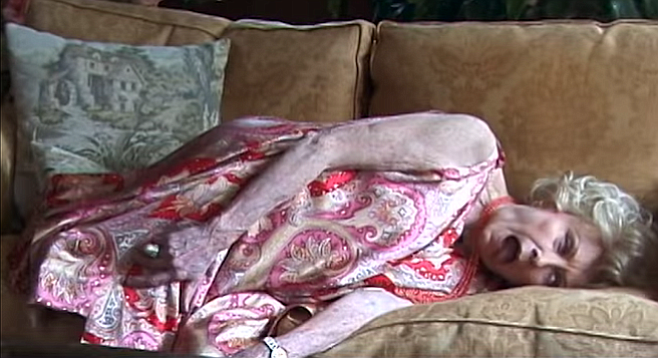 Try analyzing comedy. The only thing more exasperating is sitting stone-faced through one. Discussing the evening’s drama consumes a drive home from the multiplex, but ask someone why a gag made them howl and all you get before the radio gets switched on is, “I thought it was funny.”

Humor is subjective, and all too frequently people gauge the success of a comedy based on the number of jokes over the quality of their execution. Would the meticulous pacing of comedians like W.C. Fields or Stan Laurel & Oliver Hardy earn a niche in today’s world of coarsened comedies or would their short films be struggling to find an audience on YouTube?

Veteran stand-up Mike Birbiglia was in town recently to spread the word about his second feature as a director, Don’t Think Twice, opening Friday, August 12 at Landmark’s Hillcrest Cinemas. The comedy introduces us to a six-person improv troupe that gradually dwindles in number as the top floaters get reeled in by network scouts. Mike stars as one of the terminally left-behind.

During the course of our interview, Mike was asked to name his favorite films about stand-up. Big points were earned by his immediate declaration that above all others stands Martin Scorsese’s The King of Comedy. Another mutual favorite is The Aristocrats. 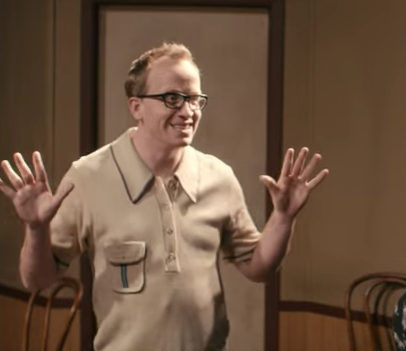 I remember the press screening of that second one well. A third of the critics in attendance bolted after ten minutes. AMC Theatres had originally committed to exhibiting the scabrous film. In a phony attempt to show respect for their audience, the chain, citing a limited appeal, canceled all bookings. The cowardly act translated into free publicity. Made on a shoestring, the film became a cult item that grossed over $6 million.

The Aristocrats is about as visually compelling as an arctic whiteout, but with laughs like these, why quibble over formal finesse? The film goes where none have before: it dissects funny. Along with producer Penn Jillette, comic Paul Provenza gather together one hundred jokesters from every conceivable school (and generation) of comedy. They are all asked to tell and/or comment on the same dirty joke, which is as legendary as some of the names who deliver it.

There are two constants: the set up (“A guy walks into a talent agent claiming to have the greatest act in showbiz...”) and the punchline (“The Aristocrats”). Everything sandwiched between — gale storms of defecation, rampant incest, infectious violence, etc. — is left to each comic’s lack of discretion. The old guard (none of whom wallow in the fecal fun) is represented by Pat Cooper, Shelly Berman, Rip Taylor, Don Rickles (who never worked blue a day in his life), and Chuck McCann, who comes closest to crossing the good taste barrier with an “ass-over-tea-kettle” aside.

The only female dinosaur is Phyllis Diller. Vain corporate spokeswoman for facial reconstruction and a gutsy trooper to the end, Ms. Diller’s choice of sleeveless garment maximizes the comic potential of her kishke-filled-with-rice-pudding upper arms. (Rim shot.)

The film painstakingly scrutinizes timing. Sharper minds realize that the success of the joke depends on a matter-of-fact delivery. There is a chance that if you didn’t like a comic coming in, The Aristocrats may change your mind. Never high on my Laff-O-Meter, both Bob Saget and Howie Mandel repeatedly brought palm to knee. Running true to form, Rita Rudner and everyone related to South Park fail to amuse. When Larry Storch and Hank Azaria adopt cute accents, the sound of crickets drowns out the chuckles. And given the pervasive mood of mean-spiritedness, why assign the curtain laugh to softball lobber Tim Conway? 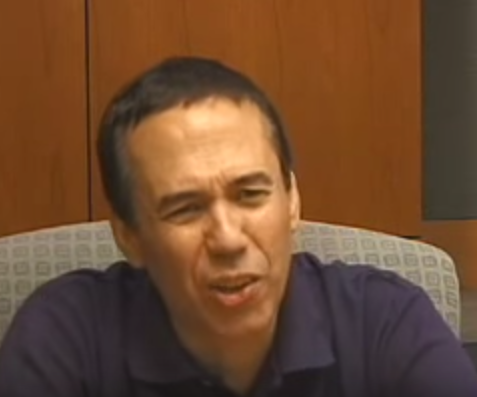 Most return to the same dung-filled well, leaving all but a few brazen originals to claim authorship. Kevin Pollack’s Christopher Walken alone is worth a look. For his twist punch-line, SNL writer T. Sean Shannon pairs the two most offensive words in the English language. Martin Mull’s laid-back, between-puffs delivery and Gilbert Gottfried’s nauseatingly appointed show-stopper will be studied throughout the ages.

Make sure the headphones are firmly in place when listening to Gilbert’s raunchy rendition.