Luis Guzmán will not be voting for Donald Trump

This and more from the star of Puerto Ricans in Paris 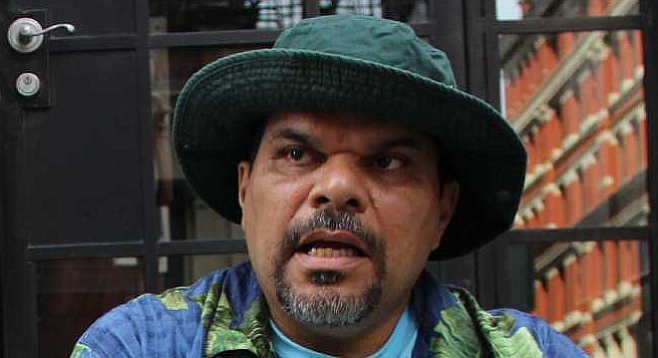 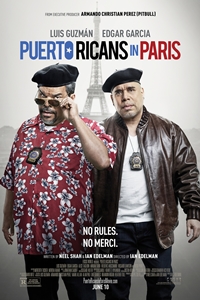 “I just got an email that Luis [Guzmán] has completely lost his voice so canceling all phoners and his NY press day for Puerto Ricans in Paris,” read the publicist’s note that arrived an hour before our scheduled interview. It was enough to make a grown critic (and lifelong fan) cry.

Fortunately for all, with his windpipe on the mend, the man who is arguably the most prolific character actor of our generation came through. Our time on the phone was short — he had just touched down in New York when the call came through. But I did put in a good word for the San Diego Latino Film Festival, so here’s hoping we’ll all get the chance to meet him in person next March.

Scott Marks: It’s the one question everyone on everyone’s lips when they heard that I was interviewing you: When can we expect Luis Guzmán to come out and endorse Donald Trump?

Luis Guzmán (Laughing): Let’s see...that’s probably going to be like…I would have to say…oh, man. I think when we set up a new colony in another galaxy.

SM (Laughing): I’ll be there with you!

LG: You know what I’m saying? Let’s just escort him out there.

SM: Before getting into show business, you were a social worker. How did the job prepare you for a career in acting?

LG: You always have to be up on your feet, think on the spot. And you always have to use yourself as an example to others that anything is possible and that you can change your life for the better. I always had to think on my feet. Not that I sugar-coated stuff. I had to sell this thing called life, and I was pretty successful at doing that. I took a lot of pride in that. Best job I ever had.

SM: What was your first big break in show business?

LG: I think it was meeting Sidney Lumet and doing a movie for him called Q & A. It was my fourth or fifth project, and it was the first time I got to work on a movie from beginning to end.

SM: That was your second film for Lumet. 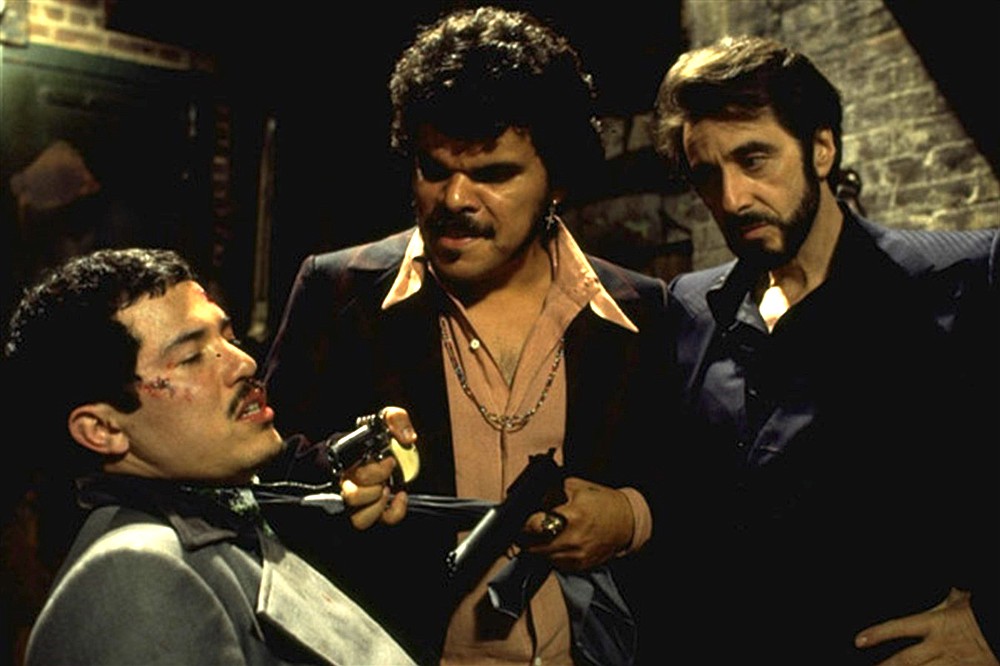 With John Leguizamo and Al Pacino in Carlito’s Way

LG: Yeah. Family Business was the first. And after that, my next big break really came when I did Carlito’s Way. One led to the other. It’s interesting, because Edwin Torres wrote both Q & A and Carlito’s Way. There was a connection.

SM: You once said, “Leading men crash and burn. Character actors are around forever.” When did it dawn on you that you could actually have a lucrative career playing character roles?

LG: It was something like 15 or 17 years after I got into the business. One day I told myself, “Man! You’re good, papo!” I would leave it up to people. People would come up to me and say we like your work and everything. I guess I had to convince myself after doing it all these years. I had to tell myself one day that I was doing good. With me it was never about ego. It was always about the work, and let me see what I can do to make it better.

I’ve been blessed. Number one, I have an incredible following from the people in my neighborhood where I grew up on the Lower East Side. I’ve worked with some incredible actors, directors, and writers, you know. It’s worked for me. It really has.

SM: Please don’t take this next question the wrong way, but in a business where surface appearance accounts for the success of many actors and actress, you continue to defy the odds. To what do you owe your longevity and the extraordinary rage that you’ve been allowed to display?

LG: You know, it’s just showing up and doing the work. Complementing everyone that I work with. Not being full of myself, being honest. And like I said, I’ve been blessed to get really, really good material to work with. 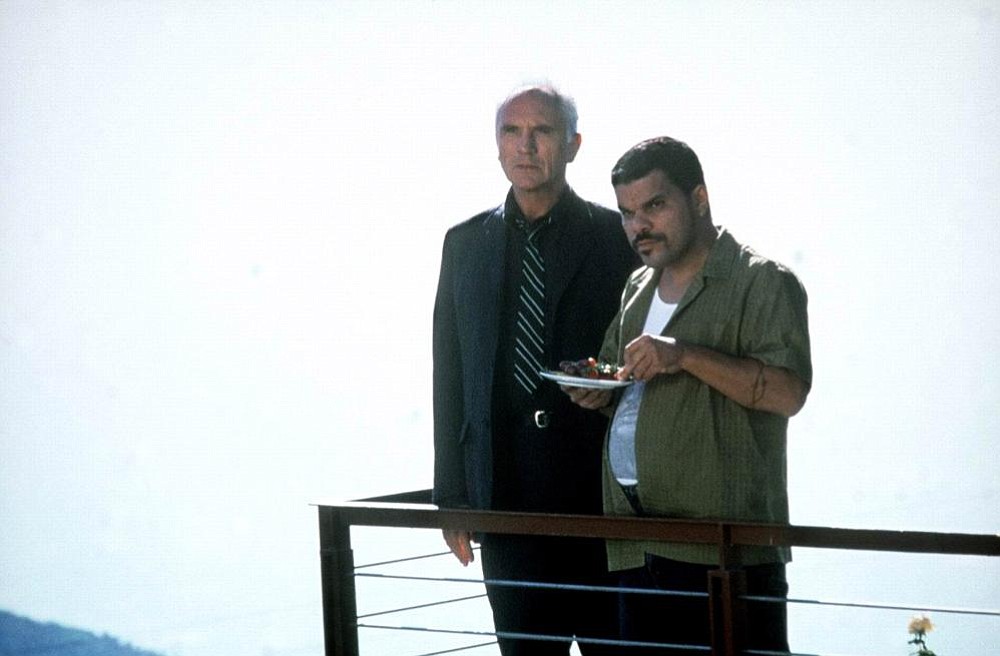 With Terence Stamp in The Limey

SM: In The Limey you wore T-shirts with the likenesses of Ayatollah Khomeini, Che Guevara, and Mao Zedong splashed across them. Was the stunning Elvis on Velvet T-shirt that you wear in Puerto Ricans in Paris an homage to Steven Soderbergh?

LG: No. That was just an idea we had.

SM: I tried to get a little inner-dialogue going.

LG (Laughing): You were fishing. I get that.

SM: Where did you meet up with Edgar Garcia? The two of you have terrific chemistry.

LG: We met in 1978 or 1979. We’ve know each other that long. We’re from the same neighborhood. We were part of a street theatre company back in those days.

SM: Speaking of a potentially great pairing, you and Danny Trejo have appeared in two films together. I haven’t seen In the Blood, and The Salton Sea was so long ago that I barely remember it. Did the two of you share screen time together in either of those films?

SM: Here you have our two finest Hispanic supporting actors currently working. Why hasn’t someone paired you together in a buddy film?

LG: I think it’s going to be up to us to come up with something to make that happen. Things happen. We live in a different world where we can create stuff, so you never know what’s going to happen.

SM: Puerto Ricans in Paris is the first feature you acted as producer on. Why this movie, and what different set of problems did the new hat present? 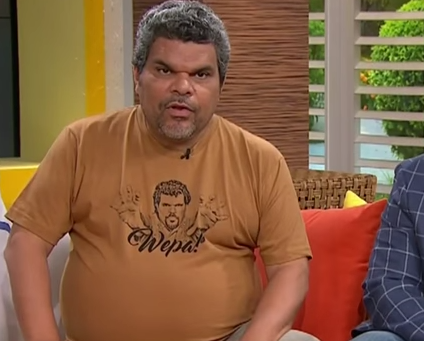 LG: It was a movie where we had the ability to create the script. We had the ability to choose who it is we wanted to work with. We were able to get financing for the movie, and I feel that we put an incredible team together. We shot a low budget movie that looks like a $30 million movie. It’s beautifully shot and the actors in it are phenomenal.

We really didn’t run into problems outside of like trying to fit everything in for the day. We shot it in 17 days. There were days when like the last two hours were crunch time. We were always all about honoring the work and honoring the movie.

SM: I hate it when movies force unnecessary romantic subplots down an audience’s throat. The relationship between Edgar and Alice Taglioni is terrific. Not only does she hand in a skilled comedic performance, here’s a guy who is flattered but very much in love with his wife. I did not expect this in what basically presents itself as a buddy comedy.

LG: I appreciate that. Thanks! Again, I set out to make a movie that stayed away from all the clichés. I was really adamant about telling that to my team. We tried to make it as real and as much fun as possible. I was really proud that we were able to convey.

SM: I turned 60 last year, and you’re a month or so away from marking the milestone. Any signs of slowing down?

LG: No! It just comes down to listening to my inner voice and taking better care of myself so that I can keep going. That’s a big thing. This business is a real grind, and you have to begin to pace yourself so that you don’t burn out or get sick. I think it’s a matter of taking better care of myself and getting spiritually more in touch with myself. It’s all about just being loved and giving love.