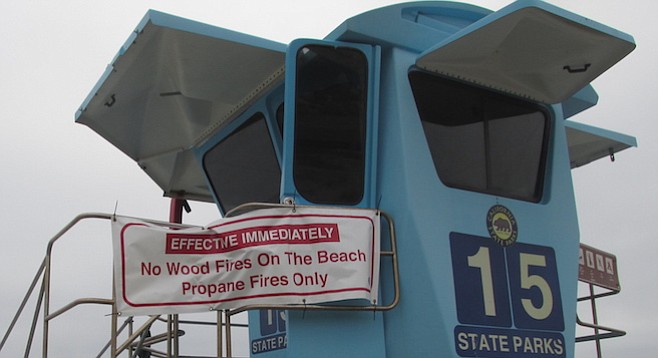 Effective last week, the California State Park beaches at Carlsbad, Ponto, and Cardiff by the Sea outlawed wood fires on the sand. Banners advising of the new regulation have been posted on most lifeguard towers at those three beaches. 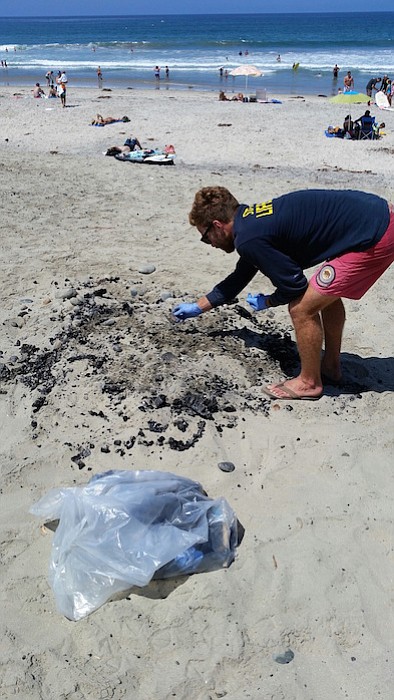 Lifeguards save feet as well

“Right now our lifeguards are just doing outreach and educating, but beginning Fourth of July weekend, they will start enforcement,” said Robin Greene, superintendent for state beaches in the San Diego Coastal District. Extra patrols will be added to start issuing citations.

The problem lies with people not cleaning up their coals — either leaving them open on the sand or covering them up with sand, where they can remain hot for days.

“People come walking the next morning and burn their feet,” Greene said. Each year, due to hot coals not being picked up, a few third-degree burns are reported. “A third-degree burn on your feet affects you for the rest of your life."

Greene also pointed out that the average wood pallet used in beach bonfires has over 200 nails and screws, which are left in the sand.

“Our intent is not to eliminate the traditional activity of warming up around a campfire,” said Greene.

Instead, the state is promoting the use of propane fire pits, available at home-improvement centers for less than $150. “They’re very good now,” said Greene, pointing out propane units produce no smoke, no ashes, and beachgoers can still roast hot dogs and marshmallows with the same campfire flavor.

For those who feel they must use wood for a beach fire, the city beaches at Moonlight Beach in Encinitas and Harbor Beach in Oceanside still have fire rings; also, the state’s Silver Strand Beach between Imperial Beach and Coronado has fire rings.

Most of San Diego’s state beaches used to have concrete fire rings (or squares), but winter storms years ago destroyed them and the coastal commission has not been friendly in allowing them to be replaced. (“I’m still working on that,” said Greene.)

This is what happens when you give dumb people the freedom to do what they want and then they act irresponsibly.

Fire rings would be safer but then who would be responsible for cleaning out the fire pits when the dumb people leave?