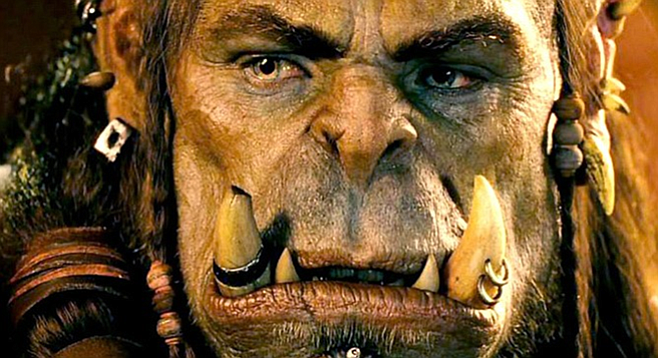 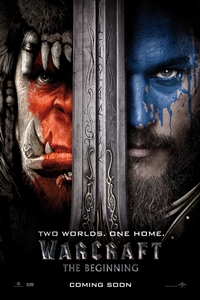 Vanity Fair film critic Richard Lawson did not like the based-on-a-video-game fantasy pic Warcraft. I know this because of the headline: “Game Turned Movie Warcraft Fails on Every Single Level.”

But his review is actually kinder than that. Viz: “This cold open is bracing and tense and cleverly filmed, which raised my hopes for the rest of the film...Admirably, the film — written by Jones and Charles Leavitt — aims for deadly serious high fantasy, a tricky genre that hinges on a decidedly un-cool earnestness. It’s a grand idea...Here’s a movie that — despite its based-on-a-video-game origins in corporate synergy — feels genuinely uncynical...The battles are there, the zooming flights on some sort of griffin thing are there, the glowing magic spells and eye-popping landscapes are all there. (At times, the film looks genuinely lovely.)”

In the end, he decides that all these good bits don't manage to add up to anything good. I can see his point. It's a clunky film, hampered by its indebtedness to its sprawling source material. And most critics agree with him about its overall failure. But to me, the strong parts were so strong that I forgave a lot of faults. The handling of the orc hero alone was enough to make me sit up and smile. That's the critical horse race.

Lots of other more obviously good stuff opening this week as well. Scott had good things to say about the class warfare documentary Dark Horse, the Luis Guzman vehicle Puerto Ricans in Paris, and even the political refugee drama-thriller (driller?) Dheepan. Only the dragshow entry Viva disappointed.

There may be a few straggler reviews showing up in the comments, but other than that, cheers and happy weekend to you.