A year behind schedule and a lawsuit on the way 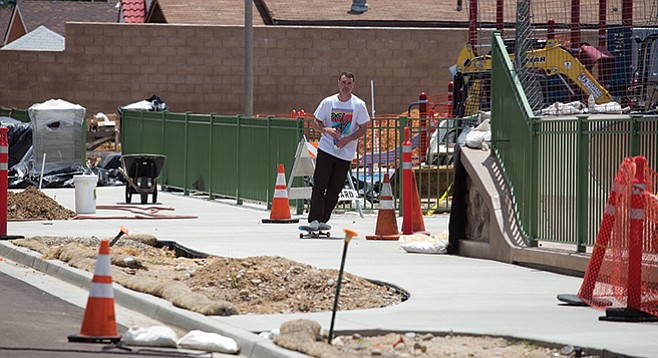 City Heights was supposed to have a skate park by now. While construction of one free-to-use municipal skate park is now nearing completion and another is slated to open in 2017, District 9 councilwoman Marti Emerald and mayor Kevin Faulconer have faced growing frustration from a politically engaged group of youths who helped raise about $1.75 million of the money needed to build City Heights’ first new skate park.

Originally expected to open in 2015, the park project, located between Landis and Dwight streets in the residential heart of City Heights, is running more than two months behind its extended completion date of March 2016. 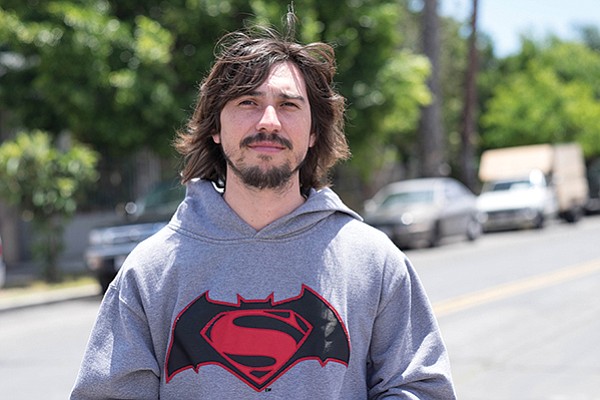 “At first it was exciting for all of the youths involved in the project to realize we made the skate plaza happen,” says Mid-City Community Advocacy Network youth organizer Terry Stanley. “Now they’re wondering if it was all just for nothing; they’re getting tired of waiting for this facility to open. I keep telling everyone to be patient — it’s happening.”

But while residents involved in the effort to get funding and permits for City Heights skate parks are claiming things are moving too slowly, the original construction contractor complains there’s been too much haste on the part of the city.

APR Construction, whose firing in 2015 delayed the $2.9 million Central Avenue Mini Park construction project by at least six months, says the city tried to rush construction even if that meant sacrificing quality and safety. APR says that the city’s deadlines were arbitrary and designed for a photo-opportunity ribbon-cutting and had nothing to do with a responsible construction schedule.

“The management team [at the city’s Public Works Department] is trained to just push and push and push to get the job done because they don’t want to lose money,” a spokesman for APR Construction says. “But the last thing you want to do is put a pipe in the ground and have it start leaking a year later.... I think this goes all the way to the top. [Mayor Kevin] Faulconer is probably involved. He was out there putting his name to the project in the media.” 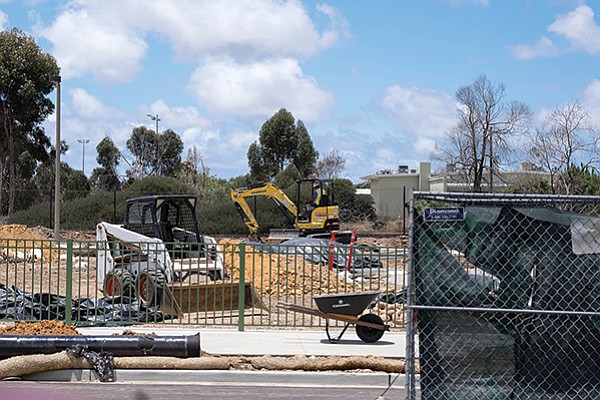 APR Construction says that the city’s deadlines were arbitrary

“There is no truth to this claim whatsoever,” a spokeswoman for the mayor says. “APR Construction was issued a notice of termination because they were in default. They did not comply with the terms of the contract, as they were not diligently processing the work.”

A company representative, who refused to give his name on the phone, says APR Construction plans to file a civil suit against the city for unspecified damages because, according to him, the city wrongfully terminated its contract to build the skate park. At the time of this writing, no suit had been filed.

Meanwhile, young skateboarders in the the low-income neighborhood who worked for years planning, fundraising, and lobbying for a place to skate, are losing faith in the system.

“Man, I’ve been hearing promises that we would have a place to skate since I was, like, 7,” says a 21-year-old skater who asks to be identified only by his first name, Jason. “I’m an adult now, and there’s still nothing in City Heights for us or the younger skaters coming up behind us. Are they going to grow up with no place to skate without the police bothering them or getting hit by a car just like we did?”

There’s no way to know if the lack of a dedicated skate park in City Heights contributed to the hit-and-run death of 15-year-old City Heights skateboarder Jonathan Cortez last October. But some skateboarders in the neighborhood say they skate the same busy streets Cortez rolled along the last night of his life. (A driver who hit Cortez eventually turned himself in to police). “There are lots of times I’d rather be skating at an actual facility if we had one, instead of on University or El Cajon Boulevard,” says Jason, sitting on his board inside the Aveanew Skateshop in Normal Heights.

Less than two years ago, Mayor Faulconer came to City Heights to break ground on the skate park site and to congratulate a large group of youths who by 2014 had secured $1.75 million in capital, more than $800,000 coming from a state grant to construct the facility.

Working under the auspices of Mid-City Community Advocacy Network Youth Council, the youths commissioned studies, created designs, and filed environmental impact reports. Ultimately, they won approval from the City of San Diego for two skate parks in their neighborhood.

Yet today, the skate park on Central Avenue is more than a year behind its original schedule. Residents still see little more than a lot surrounded by a construction fence and a load of equipment inside — just what they’ve seen for years at the lot.

Skateboarder who jumped the fence to skate before construction was done

“Right now we’re looking at the City Heights Mini Park and Skate Plaza,” says youth organizer Terry Stanley as he walks through the unopened park. “For now it’s a construction site, but it will soon be a skateboard park that we designed.”

Traversing a gravel opening between construction fences, we dodge a backhoe and a Bobcat tractor.

“The skate plaza is almost 6500 square feet of the roughly 28,000 square feet of park space located at Central Avenue and Landis Street,” he says. “If you’re familiar with the neighborhood, you know this site has been a dirt lot for several years. It was kept to store city-owned construction equipment. When we discovered it was owned by the city, we knew we had found a skate-park location.”

But the city didn’t own all of the land necessary to meet every constituent need for the park. Because it’s officially a capital improvements project that will also bring improvements and another skate plaza to nearby Park de la Cruz, the city had to spend more than $550,000 to acquire adjacent land, adding .37 additional acres and a 20-foot alley that was formerly a Caltrans right-of-way.

“The community expressed the desire to have a skate-park element and some playground area for kids 12 years old and under incorporated into the space,” a city spokeswoman says. “In order to add these elements, the project design team looked for ways to add space.... The design team’s creative acquisition and use of the additional acreage is extremely beneficial to this project.”

Stanley, 21, grew up in City Heights, and he’s proud to have been one of the local youths who organized to bring skate facilities to their neighborhood. “Over the years I’ve skated around this neighborhood,” he says, “I’ve been harassed by cops several times for skating on sidewalks, for skating on curbs, for skating on stairs. It didn’t matter if it was private property or city-owned property; they would ticket me for vandalism. But the reality is we had nowhere else to skate. The closest skate place was Memorial Park down in [Barrio] Logan.”

Stanley felt safe while skating Memorial because he says skate parks are considered “neutral spaces” even by gang members who skate. But trekking from the City Heights to Barrio Logan was another story. “It’s in a neighborhood that... Well, coming from City Heights, it’s really uncomfortable,” he says. “It’s a setting where there’s a lot of gang members. Sometimes I’d have to skate after dark back to City Heights from Logan, and....”

Stanley swallows as his voice trails off. Deciding not to finish the sentence, he snaps back to the demeanor of an optimistic community organizer. “This skate park will be our place to skate legally, hassle-free,” he says.

Unlike his compatriot, Jason, who wonders whether the effort to win approval and funding for skateboarding facilities in City Heights has been worth the effort, Stanley has zero doubt that the new contractor, Hazard Construction, will complete the project within spring 2016, as projected when Hazard took over. (June 19 is the last day of spring.) “I know a lot of my friends and skaters in the neighborhood think it’s not going to happen, but it will.”

If so, the mayor, Marti Emerald, and the media will no doubt show up for the ribbon-cutting.

“My office is as excited for the new park as much as the community,” says Emerald, adding that she has every confidence that firing APR Construction and hiring Hazard was the right thing to do.

“Hazard was the most qualified bidder for this project and has done a great job working extra hard to make up for the lost time of finding a new contractor,” she says.