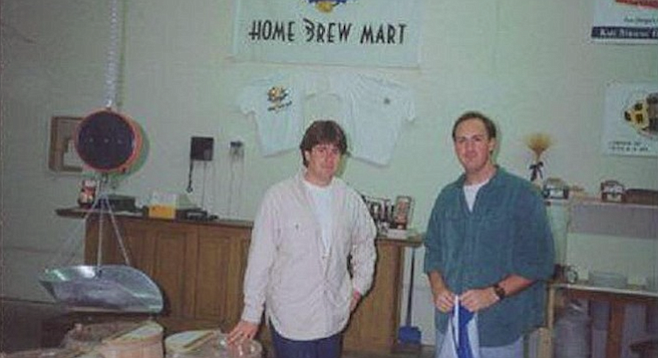 Ballast Point has been under plenty of scrutiny since announcing its billion-dollar sale to Constellation Brands last November. Since that time, the company has opened new service establishments in Temecula and Long Beach and announced plans to build a production brewery in Virginia.

The company pledged at the time of the sale that beer quality would not be affected by the sale, and that Ballast Point would "continue to operate as a stand-alone company with its existing management team and employees running the day-to-day operations." However, with the departure of Jim Buechler, Constellation Brands president of sales Marty Birkel will assume the role as Ballast Point president. None of the other vacated positions have yet been filled.

According to a company rep, all of the above Ballast officers are "leaving to pursue new ventures." No word on what's next for Kight or the Buechlers; however, Cherney will be leaving in part to focus on establishing a distillery named Cutwater Spirits. Cherney and Ballast Point founder Jack White initially cofounded a spirits program under the Ballast Point shingle, though that portion of the business was not included in the sale to Constellation.

Cherney, who began working for White at the home-brewing supply shop where the brewery was born, reflected on his time at the brewery with a post to Facebook: "Starting as a Clerk at Home Brew Mart 24 years ago I never imagined where this voyage would take me. From gold medals to travels around the world my life has been one that I could have only dreamt for in my younger years."

Ballast Point issued the following statement: "What started as just Jack and Yuseff in the back of Home Brew Mart has become an amazing team of 700+ across six breweries, all of which was built on their desire to make great beer and spirits we love to drink and share with others. This is a new chapter, but the adventurous spirit, the passion for the craft, and the drive to work hard and have fun is something that is shared among all of us in the Ballast Point family. We are looking ahead, and are excited for our bright future."