"I am not sympathetic to residents that live near high schools." 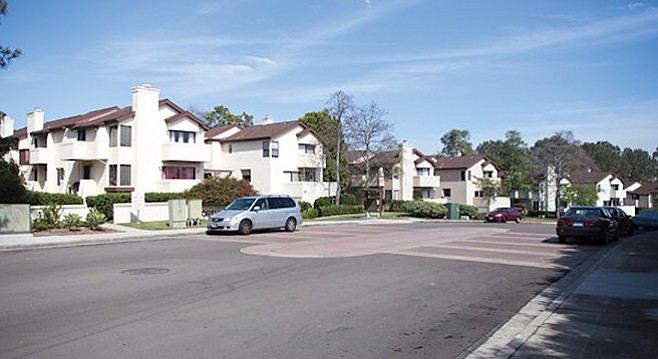 The private high school expansion calls for a net increase of approximately 62,000 square feet of new buildings that will house a new kitchen and dining hall, an athletic complex, and student centers. The school plans to add a two-story parking garage with tennis courts on the top floor, an outdoor aquatic center, and will reconfigure the football field to make room for a track-and-field course.

Once construction is complete, the school plans to increase enrollment from 800 to 940 students.

Francis Parker School was opened in 1912 and is considered one of the region's elite private schools where tuitions can climb to $30,000 a year.

As reported by the Reader's Joe Deegan in May 2016, residents living in the adjacent North Rim condominium complex don't like the proposal. Their objections aren't based on the expansion of the school but on the installation of a new traffic light at Linda Vista Road and Northrim Court. 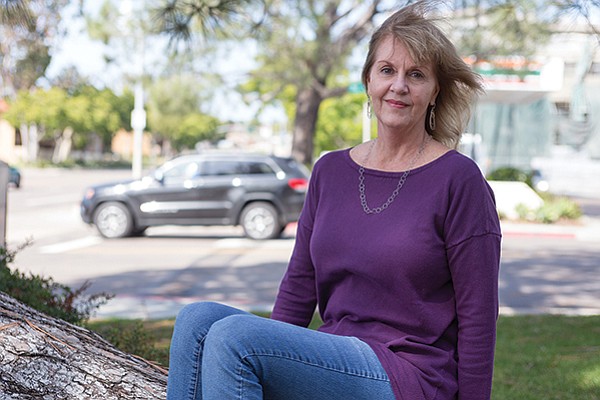 Residents say the light and the accompanying 30-foot driveway will create long-term impacts to the community. According to Jackie Landis, the North Rim resident who has headed up the opposition, adding the traffic light and constructing the driveway will force residents to share the same road with students, buses, delivery trucks, and staff traveling to and from the school.

“We here on Northrim know that we live next to a school,” Landis told the Reader. “We understand that we are subject to certain disruptions that other communities don’t have to endure. We get that. What they’re proposing now is a fairly large plan. We support 90 percent of it. But our street is a dead-end street. We don’t have an alternative for getting in and out of here."

Despite the objections, planning commissioners voted unanimously to approve the expansion. A couple had some not-so-subtle words for those living nearby.

"This is a high school and high schools have kids in them and kids make noise," said commissioner James Whalen. "So, I am not sympathetic to residents that live near high schools and say this will add noise to their neighborhood."

Commissioner Anthony Wagner said, "I don't think the [homeowners' association] has exclusive rights to Northrim Court. You all need to share and play nice."

So you don't want the traffic light? I can't imagine what you would have to endure if there was no traffic light.

Private schools are now on a roll. People are flocking to them, paying huge tuition that keeps their kids out of the "evil and under-performing" public schools. With all the resources available to it, and with real estate coming on the market constantly, Francis Parker could find a better location for its campus. But no, they have been adding more and more to this tiny site. Will this be the end of it? Don't bet on that. It appears as if the school will get its way this time, and that will only embolden them to add even more. How about a high-rise tower for classrooms?

"This is a high school and high schools have kids in them and kids make noise," says the commissioner. But the article says, "This is 62,000 square feet of new buildings..." Well, buildings do a lot of things too; this is the same as packing in 21 full size houses. Looks to me like that would accommodate more than 140 students even at Francis Parker luxury class size. Perhaps the residents feel that not all has been revealed.

It sure seems like that campus has already grown 10 times the size it was in 2005. Now 62,000 sq. ft. more? I'm not impacted at all since I don't live there but i sure can empathize with the residents. I know planning commissioners hear resident complaints all the time but they should at least act sympathetic to their concerns. It's unprofessional not to since they work for the public and business community.

At this rate of growth how long till they try and buy the County Ed. complex next door?

The commission was so obviously on the side of Francis Parker, there was no fairness involved. To say that they have no sympathy for us living next to a high school....when I moved in 30 years ago, Francis Parker was just a blip on the map. They have expanded and expanded and have had little concern for their neighbors. Well of course not, they are getting their money from the families that go there, they don't care about community. I don't know why they would want to stay there when they are creating such controversy, I would think another location where they could spread out to their heart's content would be a better solution. Or wait! How about working with their neighbors and not putting a driveway on Northrim Ct.? What a concept.

Follow the money. The residents have none but FP has mega donors.