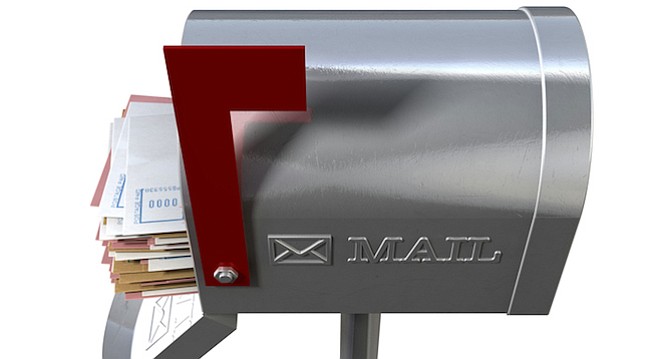 It is a shame that a good citizen like Rachel was “forced” to leave California, mainly because of our pathetic laws. After reading her story, it frustrates the hell out of me that our laws can do basically nothing to protect her in her situation.

I know that SD on the QT is “almost factual news,” so when I read, “Crazy Lives Matter” and “Homeless Lives Matter,” I get the point: Everybody’s lives matter. I know that everybody has rights, but what is often missing is that along with rights, comes responsibilities.

If only more people would live by the rule, “Do unto others as you would have them do unto you.” I do believe this would be a much better world.

I know we don’t live in a perfect world, but it seems to be going to the other extreme. We can change that, but I won’t be holding my breath. I’ll just be riding my motorcycle on back-country roads, hoping that no idiot texting while attempting to drive hits me.

As an adult bluefin, I must respond. Yes, you need to hear from us. We are extremely endangered due to overfishing, toxic waste, chemical pollution, climate change, and other problems caused by the activities of humans — you.

So, could you please honor our request? All that we are asking is that you give us time to recuperate and restore our community. We need the ban to help us with this. Once we have recovered, you may resume fishing again. But please don’t take too many of us.

We, like all organic life, are not a commodity. We need each other in order to survive. I’m resubmerging now ... bye!

Hmmm. The government chops down a perfectly good tree by mistake. Yeah, I want the government in charge of my health care.

I try to only call once a month, but this one I couldn’t let go. 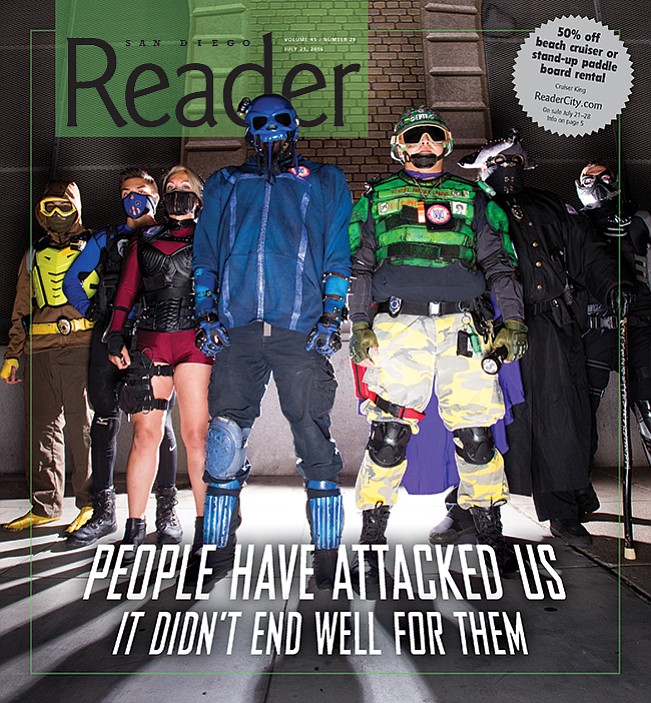 I saw your latest edition with the goofballs dressed up like comic characters, acting like they’re protecting everybody. Where were they when five homeless people got burned to death?

I’ve been homeless for 30 years. Back in the day we would have joined together and gone and found this guy and killed him ourselves. We would have saved the police department and the taxpayers a whole lot of money. We’d have killed him.

This dude is camped out and the cops were running him off because he didn’t have a permit? It’s a bunch of B.S. The homeless community should have united together and found this person. Of course, the D.A. would have found enough probable cause to prosecute two or three homeless people for killing a guy who’s killing homeless people.

I live out on the street. I’m an urban outdoorsman. Outside is my home. And if you endanger my block, I’m going to defend my block. That’s what needs to start happening in the homeless community. And quit leaving trash everywhere! Keep your area clean. Stick together. Otherwise, folks like this stupid ding-dong are going to kill you and nobody’s going to care.

Put this in the paper and take those stupid Comic-Con people off the front page. The one chick who deals with the homeless people — where the hell was she at? Walking around looking like some frickin’ comic book character, acting like she’s protecting people. Come on; let’s get real. This is a real situation, not some comic book fairy tale.

It ain’t about we the people; it’s about me the politician, and how much money I can make. I don’t care who the next president is. I’ll still be out here digging in the garbage cans, trying to get a job at the recycle place, and panhandling on the interstate.

There should be an update to the article, “Skate Park in City Heights Still Not Open” (City Lights, June 1). We are now ending July and the skate park is still not completed.

I’m starting to wonder whether the issue is the city and they are blaming the contractors. If Hazard is the new contractor finishing the project, then how come its still not complete? I would probably look deeper into the city’s incompetent project managers/engineers and what the heck is going on with the city’s construction projects.

I saw a construction delay issue about a year ago on Turko Files from a different contractor who was in litigation with the city as well for two of their projects with the city. I’m just feeling a bad taste in my mouth with all this political red tape.

I guess it’s not easy being green. A few years back, the powers that be decided to remove some “invasive species” from Tecolote Canyon. I watched from my back yard as mature palm trees and other plants were cut and taken out by a helicopter that staged at a nearby elementary school playground. I guess a million bucks (literally) doesn’t go very far, as I still gladly see many nonindigenous plants still standing.

I found an error in the Reader. I’m not going to tell you which one, or what page. I just wanted you to know that, whatever it is, it could make headlines. Remember that even bad publicity is good publicity.

Regarding: "Who’s in Charge?

"Hmmm. The government chops down a perfectly good tree by mistake."