For what it's worth

This week's batch of letters to the editor 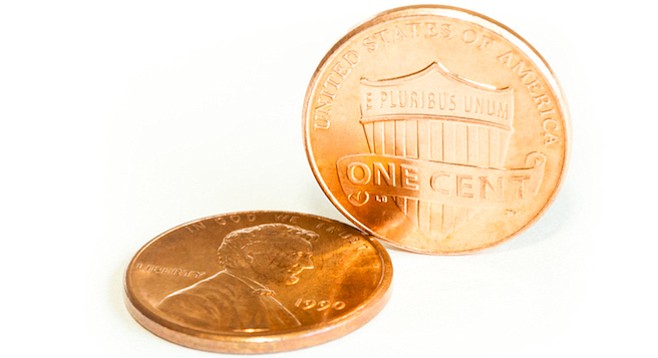 Our Parents Brought Us Here

Regarding, “People Here Just Do and Just Are” (July 14 cover story), I can give you a little perspective from someone who lived in Linda Vista during the war years, particularly 1943, when my parents brought my brothers and sister, and me out here from Illinois because my father had gotten a job with Consolidated Aircraft.

Linda Vista had been built shortly before that to accommodate war workers because there was a big housing shortage during the war. I think Eleanor Roosevelt was there when they dedicated the place — that was before we arrived on the scene.

I was in fifth and sixth grade at Linda Vista Elementary — Miss Egan and Mr. Dawson, respectively. Everybody in the school was white. All our neighbors in Linda Vista were white. We were all native-born Americans. On the street where I lived people were from Arkansas, North Dakota, Illinois, Minnesota, Utah, Kentucky, and other places I don’t recall. There was one Hispanic lady and her daughter, and I think she was from San Diego but the rest of us were from all over the country. Our parents were war workers.

A lot of us hated the place because it was really a dump and we had left nice homes elsewhere in the country to come to San Diego — not that we had any choice; our parents brought us here.

I lived at 3016 Comstock. I used to go play in the canyon down below, although that was probably dangerous. I was lucky I didn’t get eaten by a mountain lion! One boy from Kentucky, his father whooped him for going down in the canyon. Other than playing in the canyon, there wasn’t much I liked about the place and I was happy when we moved back to Illinois.

Anyway, just some perspective, for what it’s worth.

It is not a bike-share program. It is a for-profit bike rental business. A rose by any other name still stinks.

In ending its decades-long relationship with the burger giant, Rady Children’s has joined the growing movement of hospitals and health institutions that are improving their food environments by showing McDonald’s the door — and prioritizing people’s health over McDonald’s profits. In fact, since 2012, nine other hospitals have severed ties with McDonald’s, including Children’s Hospital Los Angeles and the Cleveland Clinic.

McDonald’s and other junk food corporations have no place inside institutions of health and healing. It’s time more hospitals — including Naval Medical Center in San Diego — follow Rady Children’s lead and give McDonald’s the boot.

I was disappointed to see the way the former McDonald’s restaurant in Rady Children’s Hospital was characterized in last week’s edition. Having owned and operated this location as a McDonald’s franchisee for more than 12 years, I wanted to clarify some of the statements in the article.

The claim that this location didn’t offer “healthier” options that were available at other traditional McDonald’s restaurants is untrue. Not only did we offer all the balanced options that traditional locations offered — salads, smoothies, apples and more — we worked hand-in-hand with the hospital to ensure our menu boards highlighted more “good for you” options, such as oatmeal, parfaits, waters, and side salads — to fit the hospital visitors’ needs.

Additionally, supporting our charity of choice, Ronald McDonald House Charities, is extremely important to me, not just as a McDonald’s owner/operator, but also as a mother of three. Through my years of service on the charity’s board of trustees, I’ve seen firsthand the impact the House has on the lives of families who are experiencing unthinkable illnesses and injuries.

My fellow local McDonald’s owners and I have raised nearly $3 million of support for San Diego’s Ronald McDonald House during the last 10 years, not including countless volunteer hours, and in-kind and personal donations. To say there is no connection between our restaurants and Ronald McDonald House Charities is false.

Through my time in the restaurant, I’ve been able to witness the joy a familiar meal or toy can bring to a child and his or her family. Experiencing a normal, happy moment with family during an otherwise chaotic and uncertain time can bring a lasting smile to a child’s face, and that we will miss.

Leave the Cones Wiped Out

This is regarding “Gripes over Clairemont’s New Bike-Lane Barriers.” Hahaha! That stretch of road has been a raceway since day one. I was born and raised in Kearny Mesa/Clairemont. I think my top speed through that section was about 110. I know people who have done 130 through there.

You didn’t mention cell phones in that story. Besides, those lanes are for bikes, not pedestrians. Getting hit by a car is nothing to celebrate.

Everything is narrow at high speeds. That speed limit through there is only 45 mph. Everyone is doing about 70. It’s a raceway. Since day one, I knew those cones would get wiped out. Just leave them wiped out. That will be a warning sign to all the idiots who walk through there and ride through there, thinking they’re not going to get run over by a cell phone driver.

Only Funny to the Insane

Jokes about the Holocaust? Exposing young children to the sick and twisted suffering and murder of millions? How can you be twisted enough to print this?

When the press, like you, is negligent in maintaining moral standards and values, we end up having people in the street openly sporting AK47s or voting for a person who instructs people to punch protesters in the face and his campaign will pay the legal fees.

There is not enough hatred, violence, and warped people so you have to sicken 90,000 more people? How would you explain to the six-year-old who says, “What is this magazine picture of ?”

This article is only humorous to the mentally insane. I await your removal of the online version — and your apology.

Excuse you? My mistake; I thought this was a section that featured local eateries (any eatery within San Diego county and possibly Tijuana, Mexico), and not on chain restaurants near San Francisco. For those who don’t know, Mill Valley is a city in Marin County, California, located about 14 miles north of San Francisco via the Golden Gate Bridge. Nowhere near San Diego County.

However, that was the least thing that was off about this review. Describing your child’s dental-related injury in graphic detail, while people are reading about food? Nice. That alone will cause people to lose their appetite well before you even get to the topic about the food itself.

A supposed foodie using the article to fat shame fellow diners, really? He describes people as “tanks” and closes with — and I quote: “Jesus lady, shit man, get a clue and stop eating!” That’s traversing the line between a professional opinion to downright being crass and offensive simply because you found the atmosphere and the food horrible.

You can dislike the food and the atmosphere, and still have some class and decorum about it. The way you described your fellow diners was way out of line and not what I’d expect from a Reader food critic.

I usually don’t jump onto the offended bandwagon but this review was inappropriate on so many levels. This is something I’d expect to see on a personal blog, and not in a “local” review.

You almost lost an avid reader, San Diego Reader, and I’ve been reading your periodical for over 10 years. Someone please check over these reviews for content before they are submitted.

I valued the article, “Like Trying to Come up for Air,” and only wish a much stronger condemnation of the doctors involved. Not just the ones in the article but all of them who are sworn to “do no harm!”

Google “anatomical nerve pathways of the human head” and witness the gall and transgression cutting in that ball park for an elective, non-life-threatening surgery.

The worst may be the plastic Surgeons who do it for wrinkles, large noses, etc., but paying the rent should not lead to knife slicing around structures whose interplay with so many other structures, are simply not known.

These MDs need to go back to their medical colleges’ ethics departments and look around for a refund line.

I’m calling about the issue with the San Diego Chargers and the new stadium. I’m wondering if you could go back to 1980 and see exactly how much money the city has given the Chargers to keep them in town, in terms of ticket deals, the renovations of the stadium, the sign-over of the stadium from Jack Murphy to Qualcomm, and just get a number so people can see how much money they’ve been given from the city, and so people can actually see what’s going on.