Stone beer in 28 countries, 50 states by end of the year 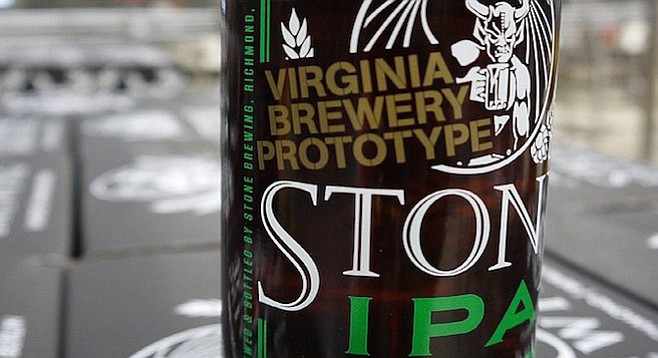 As it put together plans for its massive 20th Anniversary celebration, Stone Brewing announced in early July that its new 250-barrel brewing facility in Richmond, Virginia is officially online and producing beer. The morning of July 8, the brewery began kegging and distributing Stone IPA, signifying what the Escondido-based company announced as "the official launch of Stone’s East Coast operations, ultimately providing the freshest Stone beer to more craft beer fans east of the Mississippi."

The central Virginia location makes it geographically viable to fulfill Stone's mission to distribute fresh beer to Eastern states — which is why San Diego beer companies Ballast Point and Green Flash also have Virginia production breweries in the works. While Stone immediately began distributing Richmond-brewed beer throughout Virginia, more will soon follow, and Stone expects to distribute to all 50 states by the end of 2016. Green Flash and its subsidiary Alpine are the only breweries to do so currently, while Ballast Point also reports being on schedule to deliver to all 50 by the end of the year.

In 2015, Stone increased its annual production 13.4 percent to sell 325,645 barrels of beer, making it the tenth largest craft brewery in the U.S. by volume, according to the Brewers Association, and 15th largest American brewery overall. Stone dropped a spot on both lists compared to 2014, as its production was surpassed by Wisconsin's Minhas Craft Brewery.

A Stone rep declined to estimate how much beer the company will produce overall in 2016, but factoring in two new brewhouses working through the end of the year, repeating last year's rate of growth seems reasonable, or even a little low.

It will be interesting to see where Stone lands on the Brewers Association's list of top craft breweries for 2016. With the departure of Lagunitas Brewing from the craft beer sector, Stone should easily gain a spot to return to number 9, or higher, even if it doesn't catch up to Minhas. Incidentally, Stone began distributing to Wisconsin in June.