City Heights needs a mural, not a wrecking ball 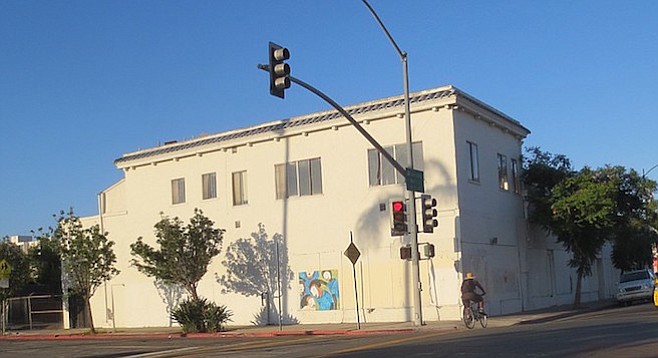 "The most activity the Sally Wong building has seen in the last decade was when a car crashed through a wall last year,” said Brian Myers. “I've lived in City Heights since 2007 and I don't remember a time that it was functional as a storefront. It's surprising that a lot that size isn't given over for some kind of community benefit. I've heard urban agriculture advocates have been denied access to use the parking lot of Sally Wong for community gardening.” 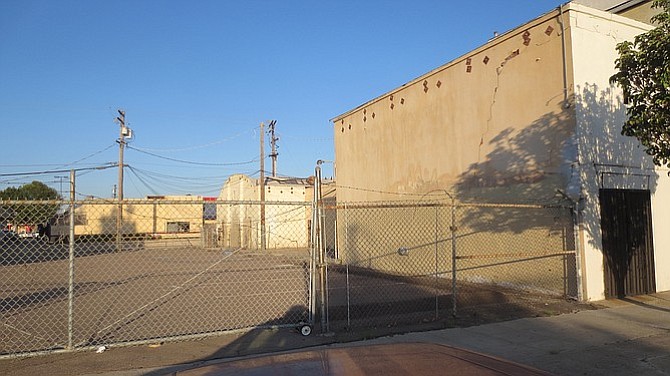 The City Heights Business Association is proposing painted murals for the vacant buildings near Highway 15 on the corner of University and 41st Street.

Juan Pablo Sanchez’s family has owned a nearby restaurant (Super Cocina) on University for more than 25 years. He’s also a business association boardmember. “Sally Wong is one of the biggest and oldest buildings on University; it’s also the main entrance to City Heights, and it’s a big eyesore,” said Sanchez.

“I was on the redevelopment [project area committee] that bought up that building years ago. There was a plan, then the whole market crashed and then redevelopment money disappeared. We’ve been on the city for years; they’ve been dragging their feet.” 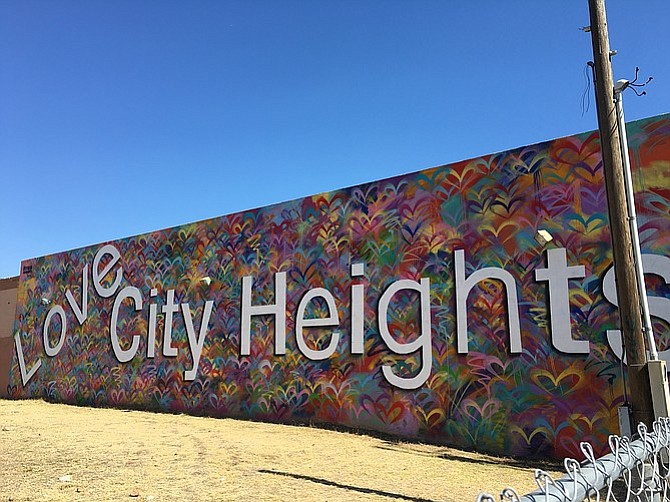 As far as the murals, Sanchez said, “We’re ready to go, we’re waiting on the artist or the city, I can’t remember which. Submissions have been coming in for months and the murals will be fully funded by the association. We do murals partly to avoid graffiti. We take care of the graffiti via the Urban Corps in our community and we have found that murals are very preventative.”

In terms of what ultimately happens to the building, Sanchez said, “We would love to see a mixed-use building that reflects the community. We just don’t want the blight anymore.”

Kiley Wallace, an architectural historian and a Save Our Heritage Organisation boardmember, said that the Sally Wong building (as the locals call it) isn’t the true historic name. Sally Wong was an attorney who had an office in the building for years. The Dr. Laughlin Commercial Buildings is the official name, he said. 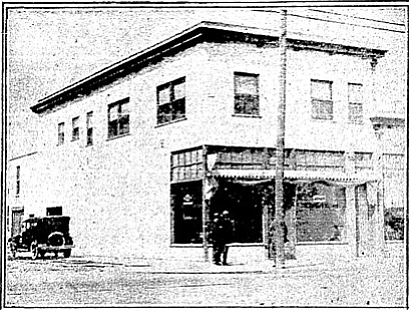 The Sally Wong building in 1924 — before it earned its nickname

“Built in 1919, these are buildings from a time before East San Diego annexed into the City of San Diego,” said Wallace. “There’s almost nothing left from that period. It was also ahead of its time in being mixed-use-designed for pedestrians on a human scale as opposed to the huge impersonal super blocks being built now or strip malls with front parking built in the 1960s to 1980s....

“When the city took it over in 2007, the building was in good shape with the original transom wood windows and tile work. The City Heights planning board voted unanimously to historically designate and restore the building. The city then evicted vibrant businesses and told the community that they were going to restore it. That was ten years ago.” 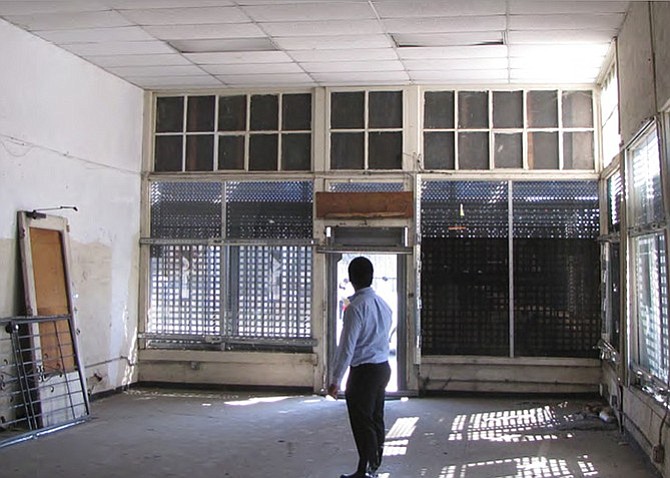 As far as historic designation, there was a Historic Resources Board hearing in November 2015 where the community supported designation but the city did not. No vote was cast, forfeiting any future chance for the board to have a say about designation.

“Historic surveys in 1996 and 2010 said the building was significant and eligible for inclusion into the local registry of historic places,” said Wallace. “One reason being that it’s along the historic trolley line that used to go down University. The 2013 survey was done with the idea that after ten years of letting it go downhill, it was time to demolish it. The city did two surveys and was told both times that it was historically significant. They report-shopped: they hired someone that regularly writes off good buildings.

“The city attorney has a memorandum of understanding from 2007 that states that when deciding historic designation, you have to look at the way it was before. It was a historic building when the city bought it — their neglect should not lead to non-designation. They should have to return it to how it was when they bought it.”

Wallace said as long as the proposed murals are painted over already painted surfaces, it won’t hurt historic significance.

Jeff P. Zinner, a senior project manager for Civic San Diego (the city's downtown redevelopment entity), said that the city is onboard with the murals. He also said that redevelopment is the ultimate goal for the buildings purchased in 2007.

“In general, the plans are for the site to be developed as a mixed-use, pedestrian, and transit-oriented development, which would include a mixture of residential, commercial, and office uses.”

City Heights councilmember Marti Emerald said on July 7, “We’ve asked Civic San Diego to hold off until we hear more from the community. Anyone that has ideas for the use of the building should contact the local community planning group, business association, or town council. These groups are already talking about this.”

The name Sally Wong has a nice ring to it, and is easy to recall. But the building is likely to fall victim to misplaced good intentions by the slobberin' city. Standing there, boarded up, for ten years is a travesty.