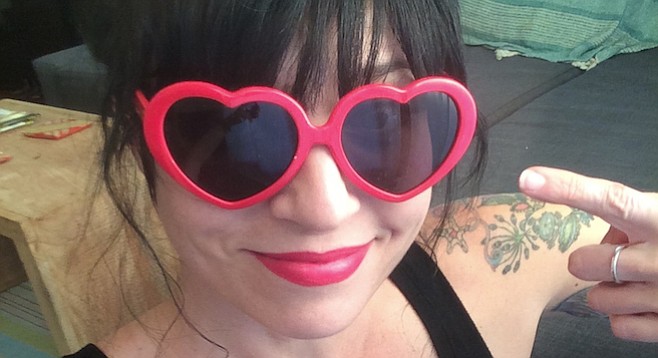 Is it another case of DJ musical chairs or a key player jumping off of a sinking ship?

Hilary Chambers, who only uses her first name on the air, spent the past eight years at FM 94/9. She has decided to return to 91X, a station she joined in 1997.

“My contract was up [at 94/9], and I decided I wanted to work again for Garett [Michaels, director of programming for SDLocal, which oversees 91X],” says Chambers. “He’s one of the best bosses I ever had.” 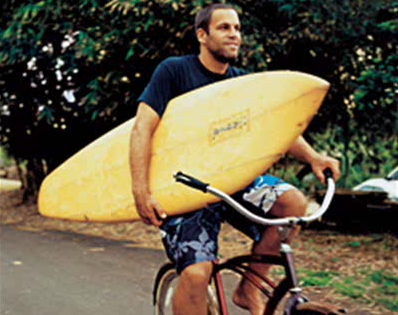 Chambers knew Johnson was onto something...

She declined to venture a guess as to whether 94/9 would drop music for sports when the FM station starts carrying Padres broadcasts next March.

Chambers will retain her midday time slot at 91X.

“Plus I get to be music director,” she says. “I look at it as a positive career move.”

Chambers first showed her music-picking ability during her original stint at 91X, when she helped launch a career.

“Jack Johnson’s cousin was one of my best friends growing up. Jack used to give her demos to give to me. He got on this three-song CD sampler that was given away in Surfer magazine. I think it had ‘Flake’ and ‘Bubble Toes’ on it. It didn’t sound like anything else being played on 91X, but it sounded like the lifestyle of 91X. I thought it could be a hit. So I always would bring it up at music meetings. Finally, the program director let me play it on my show. The phones went crazy.”

Johnson’s phone response that day led to 91X adding Jack Johnson, which in turn triggered rock stations across the country to add him, which launched his career.

Chambers got a platinum record plaque from Johnson. He used to thank her onstage when he played San Diego. “He’s so big now. We haven’t kept in touch.”

So, what about the poppy state of modern alternative radio?

“Part of me wonders if a lot of artists like Imagine Dragons and 21 Pilots go pop so they can cross-over [to Top 40]. Yeah, there is a lot of pop now, but everything ebbs and flows. Hopefully there will be another Queens of the Stone Age that shows up and takes over.”

Chambers landed her first radio gig at hard-rock station KNAC in Long Beach while still attending UC Irvine. “I started as an intern and eventually got to host the specialty show called Punk 60. I got to interview NOFX, Pennywise, Good Riddance...” A station sale in 1995 killed KNAC, which went Spanish.

“It was a huge deal when we went off air. Lars and James from Metallica flew down to be with us. I think the last song was ‘Fade to Black.’ I was kneeling down crying. Everyone was crying. I remember Lars asking me, “Hey, you gonna be okay?’ I thought my radio career was over.”

How do you really feel?