Avoid the bane of surf-fishing 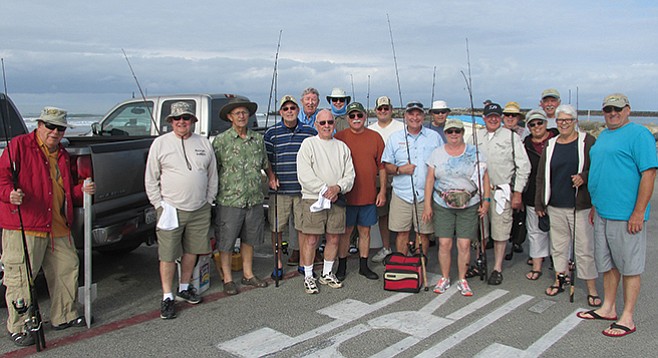 Bill Varney, through his books and clinics, has been leading the light-tackle charge in California; no longer do surf anglers need a 14-foot surf pole and a five-ounce sinker.

Varney recently led one of his private clinics at Oceanside’s Harbor Beach. Here are some of the tips he gave members of the Escondido Senior Anglers fishing club:

Go to your garage and pick out your largest trout rod. That’s your new surf pole. Varney prefers a seven- to eight-footer.

Use 4–6# test with a ¾-ounce sliding sinker and swivel (commonly known as a Carolina Rig). With light tackle, you can still catch anything in the surf — corbina, perch, spotfin crocker, halibut, and even small sharks.

A leader of 18–24 inches will keep bait close to the bottom where the fish are.

Don’t spend a lot on a reel. Eventually sand and saltwater will get inside. Most surf reels will only last two to three years.

Use #2–#4 straight-wire hooks. Varney prefers black because, being un-anodized, if you lose a fish, the hook will rust out of a fish’s mouth in only two or three weeks.

When you get a nibble, don’t try to set the hook, pulling up like boat- or pier-fishing. Varney explained most surf species take the bait and crush it in their mouths, spit it out, and then eat the pieces around them. By trying to set the hook, you’ll pull it right out of their mouth.

Since fish feed with the incoming tide, start fishing about one hour after low tide. It also helps avoid the bane of fishing in the surf — floating seaweed and eel grass.

Unlike other fish, surf species do not smell bait; they have to see it. Therefore cast straight out, reeling slowly, keeping the bait moving. Then cast to the left, and then to the right. Thus, standing in one place you’ve covered about 50 yards of surf.